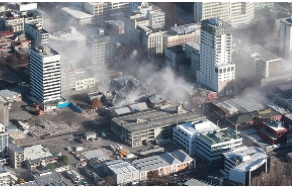 I was looking recently at the Te Ara website, a New Zealand on-line encyclopedia. Quite a fascinating thing to check out.

“In November 1932, Hastings celebrated its reconstruction, and in January 1933, almost two years after the earthquake, during the New Napier Carnival, Napier was declared officially ‘reborn’.”

The Napier earthquake was in 1931.

They rebuilt without modern 21st century technology such as the internet, satellite communications, or modern construction techniques and machinery.

They rebuilt without billions from insurance or EQC funds;

Few insurance policies covered earthquakes, and many insurers refused to pay for fire damage that resulted from the quake. In 1931 Parliament had passed the Hawke’s Bay Earthquake Act, which provided loans for local companies and individuals to rebuild their premises. Because of the economic depression, however, the funds granted were far from adequate, and repayment terms were harsh. Much of the money for recovery came from charity, which poured in during the weeks after the quake…

Fast-forward to 2014, three years after the February 2011 Christchurch earthquake and bugger all has happened (except Brownlee was used to demolish a few of the bigger ruined buildings, instead of a wrecking ball).

So much for the much-vaunted efficiencies of a market-driven economy.