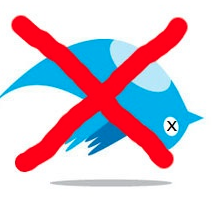 Key has given Judith Collins “time out” and told her to stay off social media such as Twitter. According to Dear Leader,

“My view is there’s a lot of trolls and bottom-feeders on that and in the end they get in people’s head. It’s an anonymous situation, it’s a form of cyber bullying, I don’t engage in that.”

Isn’t this the same man who, recently, admitted to regular phone conversations with perhaps the worst troll and sleaziest bottom-feeder in New Zealand cyberspace – Cameron Slater?!

Why, yes, it is!  John Key admitted on 14 February this year that he is in regular phone contact with Whaleoil blogger, troll, and sleaze-merchant bottom-feeder, Cameron Slater.

Isn’t it terrible, the sordid company that one keeps?