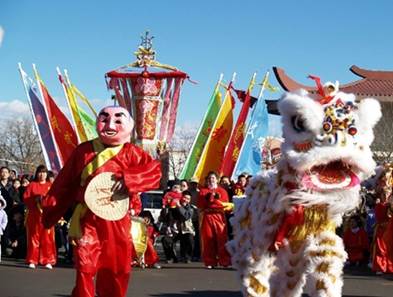 BY 2040 AUCKLAND’S POPULATION is projected to reach 2.5 million – with half of that number being first generation immigrants. Billions of investment dollars will accompany these new residents, conferring upon them a disproportionate amount of national power and influence. From whatever perspective it is viewed: economic, cultural or political; New Zealand’s future development seems certain to be seriously, and quite possibly dangerously, distorted by immigration.

Public law specialist and author of Transforming Auckland: The Creation of Auckland Council , Mai Chen, seems less concerned about the possible consequences for New Zealand of having so much of its population and economic wealth concentrated in a single city than she does with ensuring the tax dollars of her fellow citizens keeping flowing north:

“Auckland cannot fund its infrastructure, despite its wealth, without Central Government … We need them …Aucklanders just want to get on with it.”

Perhaps, as a Chinese-New Zealander and a former member of the Asia-NZ Foundation, Ms Chen is simply bedazzled by the prospect of Auckland’s future becoming inextricably interwoven with the burgeoning Chinese economy. In the course of a recent newspaper interview, for example, she warned New Zealand’s decision-makers:

“The bureaucrats and officials in the capital have to start understanding Auckland’s problems and the importance of its rich human and social capital, as well as its economic impact ….. Auckland is now the leader and its fast-growing and multicultural population has to be addressed differently from other parts of the country.”

This statement, when unpacked, contains a rather ominous message for the rest of New Zealand.

Essentially, what Ms Chen is saying is that the city of Auckland’s population, made up increasingly of people who were born somewhere else (the explanation, presumably, for the richness of its human and social capital) and whose economic and cultural lives are increasingly disconnected from those of non-Auckland citizens, should, accordingly, be “addressed differently” from other New Zealanders.

Hmmm? For many decades now Auckland has boasted a “fast-growing and multicultural population”, and yet very few public law specialists over that time felt brave enough to argue that the thousands of unskilled labourers imported from the Pacific islands (also “rich” in human and social capital) should be “addressed differently” from Maori and Pakeha New Zealanders.

Could there be a further sub-text hidden within Ms Chen’s demand that Auckland be afforded special treatment by Central Government? Could she also be referencing the fact that within the city’s fast-growing and multicultural population there is an ethnic group that stands out from all the others? A group whose homeland constitutes New Zealand’s largest single trading partner? A group whose investment in the Auckland (as well as the wider New Zealand) economy is rising dramatically? A group whose cultural and financial networks are more than equal to the challenge of transforming Auckland into an outwardly focussed and essentially Asian city?

Could it be that Ms Chen is telling us that Auckland must be treated differently from the rest of New Zealand because the fastest growing segment of its population hails from China? Is she trying to persuade us that Auckland’s fate, like that of so many other cities in the Asia-Pacific region over the centuries, is to become a Chinese financial enclave and entrepot dominated by local agents of the vast (and globally expanding) Chinese diaspora?

Surely, as a public law specialist, Ms Chen must know that according special recognition to a non-indigenous ethnic group would immediately raise a plethora of fundamental constitutional problems. One has only to think of the enormous constitutional, political and cultural difficulties that have arisen from successive Governments’ attempts to honour the promises made to tangata whenua in the Treaty of Waitangi to get some inkling of the outcry that would accompany any proposal to address Chinese-New Zealanders “differently”.

Not that New Zealanders living in the nineteenth and early-twentieth centuries raised many objections to the very different treatment then meted out to Chinese immigrants by parliamentarians of every ideological hue.  A century ago, anti-Chinese prejudice was as rife in New Zealand as it was in Australia. Immigration from China was restricted to males who could not vote, were required to pay special taxes and denied the right to send for their wives and families. So great was the xenophobic fear of being “swamped” by the “Yellow Peril” that negative discrimination against the Chinese was not only accepted – it was demanded.

Such prejudice may have been buried by twenty-first century politicians, but only in a very shallow grave. It is, therefore, highly unlikely that Ms Chen anticipates anything so problematic as a positively-framed de jurerecognition of China’s special interests in New Zealand. Indeed, the only message readers of her book should take away with them is the very high probability that Central Government will eventually have no option but to grant an Auckland economy increasingly dependent on the inflow of both Chinese immigrants and Chinese capital de facto special status.

After all, it was no lesser luminary that the former Commonwealth Secretary-General, onetime National Deputy-Prime Minister, and current Chairman of the New Zealand China Council, Sir Don McKinnon, who warmly greeted “New Zealand’s China Century”:

“China is our largest trading partner, our fastest growing source of tourists, our largest source of overseas students, and our greatest source of net migration … Our prosperity, our social cohesiveness, our sense of who we are as a nation is increasingly dependent on how well we integrate this new Chinese dimension into New Zealand’s economic and cultural life.”

If you want to know what that means, just ask Judith Collins and Maurice Williamson.