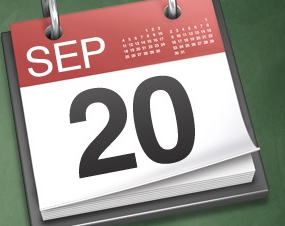 NZ, Wellington, 3 May –  The Rongotai Branch of the NZ Labour Party has confirmed current MP, and former minister, Annette King, as Labour’s candidate for the 2014 General Election.

In a speech to a packed hall at Mornington Golf Club, in the south Wellington suburb of Berhampore, Ms King was introduced by former Deputy Leader of the Labour Party and MP for Wellington Central, Grant Robertson. His opening comments drew applause and laughter from party members, supporters, and public;

“I get to sit next to Annette in Parliament which is a huge pleasure. One of the things I’ve noticed is that Annette is one of the best multi-taskers in politics. She can simultaneously complete a Soduku and eviscerate Tony Ryall, all at the same time.”

He added,  “the committment that I have seen from Annette that is reflected in the twenty one years as the MP here is without peer, in politics in New Zealand, in my view.” Grant Robertson spoke of her “compassion, true heart, and Labour values”.

Robertson said “she is true to what we believe is a movement that it’s our job to lift the spirits and the prospects of every New Zealander.” Turning to Ms King, he added, “we need you in the  next Labour[-led] government, we need your wisdom, and your experience… and your core values.”

He then seconded her nomination as the Labour candidate for the Rongotai electorate.

With no other nominations, Annette King’s nomination was put to the floor, and was passed unanimously by voice vote.

A little later, I had a brief one-on-one with Grant Robertson.  I asked him,

“Grant, what is your personal number one for this election?”

“The biggest issue for me is jobs. As the Labour Party’s employment spokesperson, I go around the country and I see too many New Zealanders who don’t have work, who want to work, and we have an economy that doesn’t have jobs at the center.

We’re an economy at the moment that’s driven by the bankers and the speculators and what we need is an economy that’s driven by and for people and that will have jobs at the center. So that’s what you’ll hear me talking [about] all through the election.”

“Government procurement is one of the best ways you can stimulate the economy and most of the countries in the world do it and don’t worry about the so-called committments that they’ve got under international agreements… But absolutely, a procurement policy that focuses on encouraging companies that will employ New Zealanders is vital.”

Following on, Annette King, addressed Labour Party members with a good-humoured speech, and reaffirmed her determination to promote Labour Party policy and ideals. Ms King said “there was work to be done” and that she “had the passion, the feeling, and the committment” to follow through. She also paid tribute to “new blood” coming through in the Labour Party,

“I do believe that a party needs new talent, we need to bring in the new and rejuvenate. And we’re doing that with members like Grant [Robertson], and Jacinda [Ardern], and David Clark, and Megan Wood, and many of those young people who are coming through showing such talent.”

Ms King also reaffirmed the need for people with institutional memory;  “an experience of knowing what it’s like to be in government. What we want, at this election, is to lead the government again.”

“The value of fairness to New Zealanders; ensuring that everybody is looked after in this country. Not just the privileged few we see under this government.   There does need to be access to good healthcare; education for our children; and really important, the ability to have a warm, dry, affordable, home. These are some of the  values of our party and so much more.”

In reference to National’s latest scandals, she said,

“We’re going to take the fight to this government, in the next few months. We’ve got twenty weeks to make sure we lead the next government and I believe that we can. What a difference a week makes in politics! Last week a few of us were down at the Newtown market… we were down there and people were walking past us, and looking at us sideways and walking on.

There was more than an element of truth when Ms King pointed out,

“All the progressive change in this country came from the Labour Party. This government, and the National governments before, are governments of the status quo. And when you need change, you have a Labour party [government].

And what I could not bear is the thought of three more years of National, and neither could most working people in New Zealand.”

Annette King is one of the longest-serving MPs in Parliament, having been in office for twentyseven years – twentyone of which have been in the Island Bay/Miramar electorate alone.

In 2000, she was Minister for Health, over-seeing the re-building of the Health portfolio which had been badly under-funded by the previously National-led government. Chronic under-funding in the late 1990s was having a deleterious effect on patients requiring critical life-saving surgery. Many failed to survive the growing waiting lists under Bill English’s watch.

National’s health minister at the time – Southland MP, Bill English – tried to stem the increasing deaths by belatedly injecting extra money for surgery. It failed to address the crisis that had been building over several years of National’s cost-cutting; tax cuts (1996, 1998); and slashing of the public service sector.

One of Ms King’s first moves was a  cash-injection of $1.5 billion into the health sector in December 2001. She said, at the time,

“Unashamedly, the first lot of money will go to those with the greatest need – low income, poor, sick, Maori, and Pacific [people].”

National’s health spokesperson at the time, Roger Sowry, responded with a statement which could only be described as jaw-dropping for it’s sheer hypocrisy.

With National cutting back on funding for services; increasing user-pays; two tax cuts (2009, 2010), and slashing the public service sector, it seems that – unlike the Split Enz song, history does indeed repeat.

Ms King will have her work cut out for her when a new Labour-Green government takes office after 20 September.

This blogger took a moment for a brief interview with Annette King, asked her what her priorities would be when a new Labour-Green government took office post 20 September.

I asked Annette King, “what’s really important to you?”

“The most important thing for me, and it’s the number one that runs through everything we do, and that is reducing inequalities…”

“Health inequality; housing inequality; education inequality. Inequality in New Zealand is the biggest I’ve experienced in all my years. And I mean, I wasn’t here for the Depression, I’m not that old, but inequality in our society is so great now, that we need a progessive government that’s going to address them. And then you go through the areas. If you take health inequalities; who dies earlier; who dies younger; who has less access.

And you go to low income, Maori, and Pacifica. So that’s my priority.”

Interesting – Annette King’s priorities were remarkably similar to her comments in December 2001 (see above).  Grant Robertson seems to have been correct when he said that her “core values” had not changed.

Ms King’s successful nomination was followed by a final ceremony; the awarding of a recognition to long-serving Party members for their contributions to the labour movement.

LEC Chairperson, Peter Franks, presented a gold pin, and life-membership, to Peg Collett and Reatha McInnes (not pictured), for long-term service to the NZ Labour Party;

One hopes that people like Ms Collett and Ms McInnes are with us to see the return of this country to the social democratic values for which we were once internationally reknowned for.

We once led the way in women’s rights; anti-atomic bomb testing in the South Pacific; anti-apartheid campaigning; a nuclear-free status; and many other progressive movements for which we can be rightly proud.

The term “punching above our weight” doesn’t even begin to cover the impact that we, as a nation, have had on global affairs.

Today, as the current government would have it, our “reputation” seems fixed on making money from tourism; making money selling logs and dairy powder; and making money with the production of fantasy movies.

Not quite “up there” with engendering the right of women to vote; saving the planet from atomic weapons; and supporting an entire nation to be free from apartheid.

The Dominion: $1.5b injection for Health