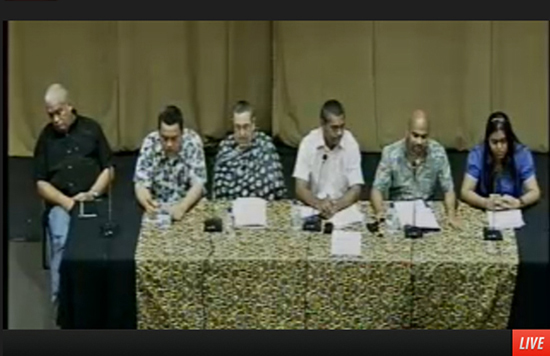 ONE OF Fiji’s best investigative journalists and media trainers ended up as a spin doctor and henchman for wannabe dictator George Speight. Like his mentor, he is now languishing in jail for life for treason.

Some newshounds in Papua New Guinea have pursued political careers thanks to their media training, but most have failed to make the cut in national politics.

A leading publisher in Tonga was forced to put his newspaper on the line in a dramatic attempt to overturn a constitutional gag on the media. He won—probably hastening the pro-democracy trend in the royal fiefdom’s 2010 general election.

The editor of the government-owned newspaper in Samoa runs a relentless and bitter “holier than thou” democracy campaign against the “gutless” media in Fiji that he regards as too soft on the military-backed regime. Yet the editor-in-chief of the rival independent newspaper accuses him of being a state propagandist in a nation that has been ruled by one party for three decades.

In West Papua, Indonesia still imposes a ban on foreign journalists in two Melanesian provinces where human rights violations are carried out with virtual impunity. Journalists in the Philippines are also assassinated with impunity.

Media intersects with the raw edge of politics in the Pacific, as countries are plunged into turbulent times and face the spectre of terrorism.

A decade-long civil war on Bougainville, four coups in Fiji (if the ill-fated George Speight putsch is counted), ethnic conflict in the Solomon Islands, factional feuding in Vanuatu and political assassinations in New Caledonia and Samoa have all been part of the volatile mix in recent years.

Journalists struggling
And journalists are still struggling to regain a genuinely free press in post-coup Fiji even with a general election approaching in September.

While teaching journalism in Australia, New Zealand and other Western countries involves briefing students how to report on regional and local business, development, health, politics and law courts free of the perils of defamation and contempt, in Pacific media schools one also needs to focus on a range of other challenging issues—such as reporting blasphemy, sedition, treason and how to deal with physical threats and bribery.

At times, it takes raw courage to be a neophyte journalist in the Pacific. At the University of Papua New Guinea, at a time when it still had the region’s best journalism school, two senior reporters were ambushed and beaten by a war party from a Highlands province after the local award-winning training newspaper, Uni Tavur, featured the campus warriors’ home affiliation in an unflattering front-page report on politics.

On another occasion, a student journalist slipped into hiding when ominous “wanted” posters with his name and picture were plastered around campus because of his report exposing corruption over an annual Miss UPNG beauty pageant.

Also, at the University of Papua New Guinea in the mid-1990s, trainee reporters covered five campus-related murders over two years as part of their weekly assignments, including the slaying of a lecturer by off-duty police officers.

At the University of the South Pacific—a unique regional institution owned by a dozen Pacific nations—a team of students covered the Speight rebellion in 2000, when Fiji’s elected government was held at gunpoint for 56 days, for their newspaper, Wansolwara, and website, Pacific Journalism Online.

Three main schools
Although three long-established journalism schools at university level exist in the Pacific—UPNG in Port Moresby and Divine Word University at Madang in Papua New Guinea, and USP in Fiji—along with a second tier of trade school-level programmes supported by Australian Aid, most journalists in the region still have little solid training. 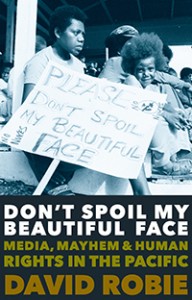 During my decade teaching journalism in Fiji and Papua New Guinea, I found many bright young graduates will work for a year or so as journalists then leave for other, more highly paid, media-related jobs using the double major degrees they gained to get into journalism.

This continual loss of staff makes it very difficult to achieve stable and consistent editorial standards and policies.

Poorly paid journalists are potentially more readily tempted by “envelope” journalism—the bribery and other inducements used by unscrupulous politicians and other powerful figures.

Financial hardship and lack of training are an unhealthy mix for media in a democracy.

Media organisations themselves are too dependent on donors in the region for the limited training that does go on, and this makes them captive to the donors’ agendas.

Many view ventures as band-aid projects out of step with journalism training and education in Australia and New Zealand.

But even the universities are under threat.

In Timor-Leste, on the cusp of Asia and the Pacific, there is severe criticism of media education and training strategies. Award-winning José Belo, arguably his country’s finest investigative journalist and president of the Timor-Leste Press Union, is highly critical of “wasted” journalism aid projects totalling more than US$5 million.

Both Belo and Tongan publisher and broadcaster Kalafi Moala were two people named from Pacific island states this week in Reporters Without Borders list of 100 global “information heroes“.

A “journalism in transition” conference in Dili last October attempted to strengthen the self-regulatory status of the news industry “in response to the so-called international aid, particularly from the United States and Australia, which has been misused in the name of journalism in this country”.

The good news was that there was a united stand on a new code of ethics.

The most disturbing trend in the digital age is electronic martial law—a new law in the Philippines that criminalises e-libel in an extreme action to protect privacy. The Supreme Court in Manila ruled in December 2012 to temporarily suspend this law and then extended it until further notice in February 2013.

Digital libel law
However, in February this year, the Supreme Court ruled that the law was indeed constitutional, “effectively expanding the country’s 80-year-old libel law into the digital domain”.

This Cybercrime Prevention Act is like something out of the Tom Cruise futuristic movie Minority Report. An offender can be imprisoned for up to 12 years without parole and the law is clearly a violation of Article 19 of the International Covenant on Civil and Political Rights.

And truth is not recognised as a defence.

Last month, the indictment of two journalists, Alan Morison and Chutima Sidasathian, for alleged criminal libel under a similar Computer Crime Act in Thailand “may spell doom” for the online news website Phuketwan.

It would be disastrous if any South Pacific country, such as Fiji, wanted to impose a copycat decree and gag cyberspace.

In the Philippines, at least 206 journalists have been murdered since 1986—34 of them in the Ampatuan massacre in Mindanao in 2009. Four years later nobody has been convicted for these atrocities.

Dangerous place
The Philippines is a far more dangerous place for the media under democracy than it was under the Marcos dictatorship. There is a culture of impunity.

West Papua is the most critical front line for defending media freedom in the South Pacific at present. The West Papua Freedom Flotilla last September focused unprecedented global attention on human rights and freedom of expression in the Indonesian-rule region.

Journalism must fundamentally change in the Pacific to cope with the political and industry chaos. Just as much as it needs to reach across an increasingly globalised world, it needs to strike a renewed bond with its communities—trust, participation, engagement and empowerment are essential.

Fiji is a critical testing ground for efforts to “renew trust” in the lead up to the post-2006 military coup general election due in September.

And a new generation of educated journalists has a responsibility to provide this for the people. The environment, climate change and peace are key challenges facing island states.

Pacific political leaders finally picked up the challenge over climate change at last year’s Pacific Islands Forum in the Marshall Islands. Now Pacific journalists need to emulate this lead and target climate change as a top priority for the media and education.