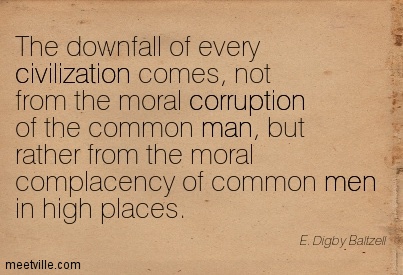 THE LATEST SCANDAL to engulf the National Government raises many more questions than answers. Both the Minister of Police, Anne Tolley, and the Prime Minister, John Key, are insisting that their knowledge of Maurice Williamson’s interference in the prosecution of Mr Donghua Liu was barely 48 hours old when the story broke on Thursday, 1 May 2014.

But if Tolley and Key are telling the truth, then something very serious has gone awry with the “no surprises” policy that all state institutions are supposed to follow in relation to matters of potential embarrassment (or worse!) to the government of the day.

And it’s not just the politicians who have questions to answer. The senior Police officers who, apparently, bowed to Williamson’s January “request” that they review their decision to prosecute the wealthy Chinese property developer and National Party donor, on domestic violence charges, also owe the country a word or two of explanation.

As the NZ First leader, Winston Peters, has already commented, the news of Williamson’s approach to the Police should have been communicated to the Police Minister the moment it was confirmed as genuine – a matter of hours, at the most. Aware of the potentially very serious political damage such a flagrant breach of the Cabinet Manual guidelines could inflict upon her Government, Police Minister, Tolley (following the “no surprises” imperative) should have immediately passed that information on to the Prime Minister.

In other words, if the system had operated as it is supposed to, Tolley and Key should have been in full possession of all the relevant facts relating to Williamson’s extraordinary lapse of judgement within hours of his decision to pick up the phone. But, clearly, if both Tolley and Key only learned about Williamson’s call a mere 48-72 hours before the essential details of the incident were scheduled for release to the NZ Herald under the OIA, then the system is not operating in anything like the way it is supposed to.

Alternatively, the system did operate as it was supposed to and the information has been in the hands of senior government personnel not for 48-72 hours but for the best part of three months!

But that would mean that both the Police Minister and the Prime Minister were lying when they told journalists that they had no knowledge of the incident until the two or three days immediately prior to its public release. Now, there will be plenty of people who will shrug off that allegation with the weary cynicism of one who long ago lost all hope in the probity of the political class. But to knowingly lie to the voters on a matter under intense media scrutiny and of genuine public interest in an election year would be a mighty bold call – even for John Key. So let’s proceed on the understanding that both Tolley and the Prime Minister are telling the truth.

That narrows down the explanatory options to just two. Either, the Police decided, for reasons which they only thought better of after the Herald submitted its OIA request, that there was no need to trouble the elected portion of the Executive that one of its number was attempting to influence the conduct of a Police investigation/prosecution. Indeed, it is clear from the heavily redacted Police e-mails that their initial response was to do exactly as Williamson requested and undertake a review of the Liu case. It was the sniffing of the newshound – and, seemingly, that alone – which recalled them to their duty to remain scrupulously independent from political pressure, as well as their responsibility to ensure that the Government is not surprised by the sudden release of politically sensitive information.

Or, it’s possible the Police behaved exactly as expected, but that the information they passed on never made it to the Police Minister and the Prime Minister. This could only mean that Tolley’s and Key’s staff sat on the news about Williamson’s call – keeping it secret in the not unrealistic expectation that no one would ever find out he had made it. By keeping their respective bosses “out of the loop” they gave them what the American’s call “plausible deniability” – i.e. their bosses could tell the public, with complete honesty, that they knew absolutely nothing about whatever matters their staff had kept from them.

For that to be true, however, a culture of secrecy and suppression would need to have become all-pervasive in the upper-echelons of the New Zealand State. Once again, the cynics might sneer and ask: “So, what else is new?” But, as this latest revelation, and the Oravida story before it, makes clear, the damage inflicted upon a government by one of its member’s attempting to conceal political misbehaviour is always much greater than if the individual/s responsible simply come clean and tell the truth. That was the great lesson of the Watergate scandal: “It’s not the crime that destroys you – it’s the cover-up.”

Unless, that is, the public simply couldn’t handle the truth. Unless something is growing at the very summit of the New Zealand State – a world of strange design – that the vast majority of New Zealanders, if asked, would never accept.

It has happened before in these islands: the slow but inexorable eclipse of one culture by another. The process begins with the deliberate co-option and corruption of local elites. With their connivance, land and resources are progressively alienated by impossibly wealthy newcomers to the point where the economic, political and cultural autonomy of the indigenous people become fatally compromised.

When they first arrive the newcomers constitute a tiny and seemingly harmless minority. But, within the space of just a few decades, they begin to outnumber the original inhabitants. Naturally, the latter are constantly reassured that what is happening is in their long-term interests, and that they have nothing to fear by allowing the wonders of the newcomers’ imported world to supplant all the familiar treasures of the old.

Is it permissible, I wonder, to ask how much of the New Zealand political class the Peoples Republic of China has already purchased?