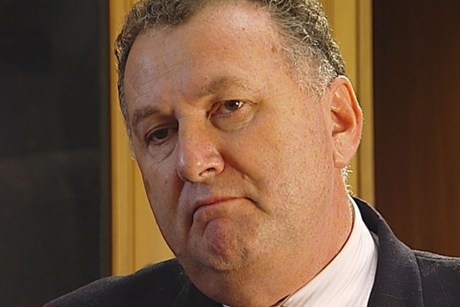 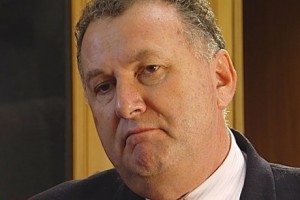 By far the easiest type to recruit is the first. Think of the Cambridge spies who, outraged by the British establishment’s unwillingness (or incapacity) to resist the evils of fascism, were quick to turn traitor when approached by Soviet agents during the 1930s.

The second type, being entirely mercenary, are easily bought. The trick, of course, is to make sure they stay bought. A man who will betray his own country for money is just as likely to betray yours – if the price is right.

The third type of traitor is as likely to approach you as you are to approach him. They burn, these turncoats, with a scalding awareness of their own humiliation and hurt. Their over-riding purpose (to the point of mania and obsession) is to repay those by whom they believe themselves to have been wronged. John Le Carre´’s wonderful character, Magnus Pym, “the perfect spy”, flawlessly embodies this latter, most dangerous, type of traitor.

IN CONTEMPLATING the “turning” of Labour’s Shane Jones, National’s Murray McCully, must have been constantly assessing – and re-assessing – the character of the man he was hoping would help him deliver a crushing political blow to the Labour Opposition.

Jones was clearly not the sort of person to be driven by the dictates of ideological conviction. Exactly what the Northland politician’s personal ideology amounted to, if anything at all, has never been very clear.

Raised in a rock-solid Labour family, he would have absorbed most of the Labour catechism by osmosis. Only later would he have become aware of his intended role as a future leader of his Ngapuhi people. Those inherited Labour principles would need to have been extremely strongly rooted to withstand the head-turning effects of learning you are the chosen one. As his education proceeded (all the way to Harvard) and every door he approached seemed to magically open, Jones was always more at risk of becoming a narcissist than a socialist.

What about money? Could Jones’s head be turned by the promise of a mighty salary?

Money is, of course, a major consideration in the lives of all influential men and women. Power does not come cheap. McCully would have observed the break-up of Jones’ marriage and mentally calculated the financial obligations that were likely to follow. These could have been substantial. But, surely, with a ministerial salary in the offing just six months down the track, Jones would be keeping his chin up?

Ah, but that was the rub – was it not? How certain could Jones be that a ministerial salary would be waiting for him in the event of a Labour victory? As he assessed his quarry’s likely future in the event of a centre-left victory, McCully would have undertaken exactly the same political calculations as Jones.

First and foremost stands the inescapable reality of coalition. Whether Labour allies itself with the Greens, a resurgent NZ First, or both, matters less than the fact that at least four or five of the 20 Cabinet seats will be reserved for MPs belonging to Labour’s coalition partner/s.

Now factor in the rule requiring the composition of (the now truncated) Cabinet to be determined (with the exception of the leader and deputy-leader) by a ballot of the whole Labour caucus. What are Jones’s chances of making it into the Executive?

McCully’s and Jones’s answers would have been identical: “Not good.”

All right, then, let’s look at the chances of Jones becoming either the leader or deputy-leader of the Labour Party.

Forget about becoming deputy. It’s an elected position and so raises exactly the same obstacles as those preventing Jones from being elected to Cabinet. The numbers just aren’t there.

What about leader then? Nope. He’d been there, done that, and received less than 20 percent of the vote. Under the old rules maybe – just maybe – he could have swung it. But winning in Labour’s new Electoral College? Not a chance.

It would likely have been at this point that a wolfish grin spread across McCully’s smug features. If he had found these political calculations frustrating, just imagine how devastating the exercise must have been for the man himself.

Jones has never needed any outside assistance when it comes to assessing his own worth. He’d observed the way that ordinary working-class Kiwi jokers – both Maori and Pakeha – had responded to his rhetoric during the 2013 leadership contest. He knows he has what it takes to bring the lost tribes of Labour back into the polling-booths – and so do his journalist mates Paddy Gower, Guyon Espiner, Duncan Garner and Matthew Hooton.

Bloody Hell! Everybody knows. But will the feminists, the gays and the trade unionists allow that fact to make the slightest difference? No, they won’t. In the deeply factionalised Labour caucus – and the wider Labour Party – Shane Jones is just too misogynistic, too homophobic and too neoliberal to be allowed within a bull’s roar of Cabinet – let alone the Leader’s Office.

And speaking of the Leader: what earthly use is David Cunliffe in a situation like this? Under the old rules, a majority of the Labour caucus was required to elect the party leader. What that meant in terms of constructing a Cabinet was that at least as far as the two front benches were concerned, what the boss wanted the boss got. Now, as Cunliffe has proved, it is possible to become the party’s leader without securing the backing of a majority of one’s own parliamentary colleagues. Exactly how one secures a Cabinet one can work under such circumstances is anybody’s guess!

McCully now knew exactly how he would proceed. Jones wouldn’t be “turned” by ideology, or even by money. He would be turned by an overwhelming sense of having been wronged by the party whose responsibility it was to recognise his true worth. By the members who should have thrown open every door that was closed to him. And, by the colleagues whose duty it was to ensure that Shane Jones assumed the leadership role that has always been his destiny.

With the problem of how to turn Jones solved, all McCully had to do was order MFAT to scrape together an ambassadorial salary and prepare the necessary Cabinet papers.

The timing was easy. What better time than Easter to crucify the Labour Party?