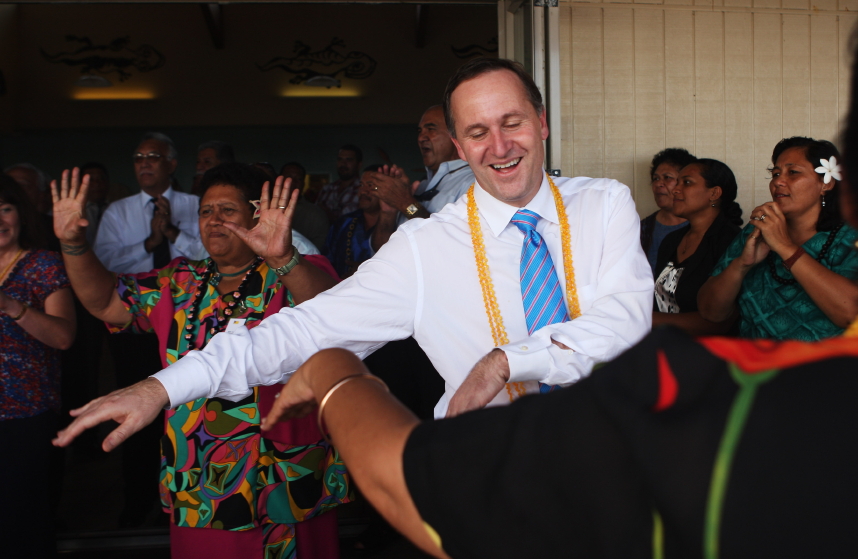 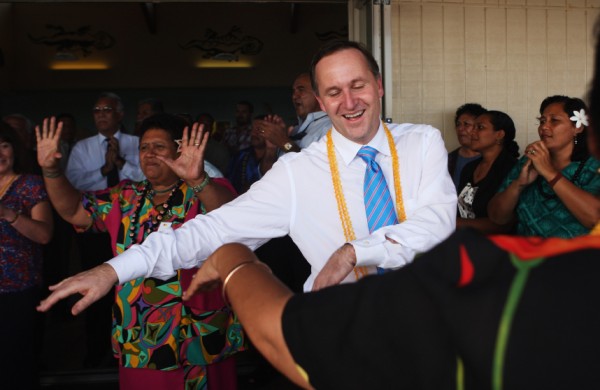 The mainstream media got quite excited a couple of weeks ago when a number of Pasifika church leaders were photographed at the Manurewa markets wearing blue, Key-people t-shirts. The clergy pictured in those articles said that they had changed allegiance to National as a means of defending their Christian heritage and taking a stand for their families. Only a week later the Conservative Party announced its two candidates to stand in the Labour stronghold seats of Mangere and Manurewa – both of whom are Pasifika. Some will remember the clever politicking on National’s part in the last election, when popular and well-respected community leaders Vaaiga Tuigamala and Michael Jones were photographed with the PM. There’s been enormous comment on facebook, twitter and around church about these stunts, with the underlying question of whether the faithful PI vote to Labour is beginning to erode.

National’s Pacific strategy is built on creating doubt. The kind of doubt that makes Pasifika voters think that it’s the Party that stands for families, Christian ideals and promotes Pasifika talent. This year, Peseta Sam Lotu-Iiga was appointed Minister of Pacific Island Affairs and while many have criticised his appointment as down-right electioneering, the political analyst in me says it was a brilliant move. He holds the seat of Maungakiekie by just over 3000 votes and will have to work hard this year with the recent boundary changes in Labour’s favour. But for the many people I’ve spoken to at community and church meetings, the government has scored favourably in their eyes for promoting a son of the Pacific. That said, these people will still vote Labour but his appointment has at least softened their view towards National.

The little stunt of taking pictures with National MP’s and PI clergy at the Manurewa Sunday markets – heartland Labour territory – is yet more clever work to merely create doubt. Let’s be clear. Manurewa, Mangere, Manukau East (and Mana) will stay in Labour hands, but there are two pivotal challenges for Labour in these electorates. Firstly, they have to encourage their voters to vote and secondly, they have to grow the Party vote. In 2005, it was the south Auckland vote that gave Clark the opportunity to put a coalition government together and in 2014, the Left will be dependent on that very vote again to form government this time around. But unlike National, it’s going to take more than a few stunts to win their hearts.

Labour’s message has to be clear, inspiring and concise. Just last weekend David Cunliffe addressed more than 3000 people at a conference of the Samoan Assemblies of God church, receiving overwhelming support and endorsement. His message to them was relevant, honest and caring. Some have said that they felt like he had come with the night’s sermon but what’s most important, is that the message he brought connected with them and that’s why he received such a positive response. Unsurprisingly, this event wasn’t covered by the same news agencies who have found political stunt stories by National to be more newsworthy. In Labour’s favour though, their heartland messages are striking the right cords amongst Pasifika voters where it perhaps has the greatest influence: at church.

Labour has the personnel, energy and ideas to mobilise the south Auckland vote. The challenge going forward is to maintain the same level of intensity, inspiration and genuine concern evidenced at the AoG conference going into the September election and beyond.