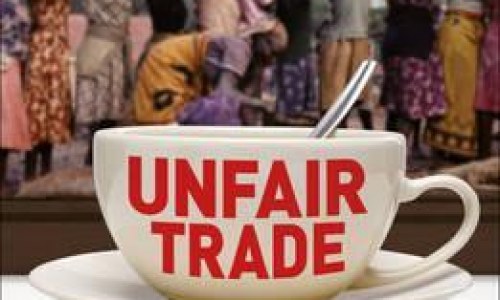 On March 29, many New Zealanders took to the streets in defense of democratic rights by opposing the Trans Pacific Partnership Agreement (TPPA). A week earlier, delegates from dairy unions from around the world (including the NZ Dairy Workers Union Te Runanga Wai U) gathered in Sunchales, Argentina for the 3rd International Union of Food Workers (IUF) global dairy conference. High on the agenda for discussion was the process and substance of trade and investment agreements.

A casual observer might be excused for thinking that dairy unions would be in favour of such agreements as they have been regularly portrayed by politicians and business leaders as mechanisms to remove barriers to trade and to create jobs.

The evidence is in stark contrast to the claims of TPPA promoters who are essentially arguing for supremacy of investor rights over democratic rights. The model is the North American Free Trade Agreement (NAFTA) signed by the US, Canada and Mexico which came into force in 1994. Since its signing, Mexico has lurched from crisis to crisis, with GDP dropping and poverty steadily increasing, while the average displaced manufacturing worker in the US lost 20% of his/her wages and only if he or she was able to transition to another job.

The NAFTA side agreements on labour and the environment have yet to produce a single gain for workers or hinder the destruction of unions in any of the three countries or halt the degradation of the environment.

The problem with these agreements is not the promotion of trade between nations, essential to a small trading nation like NZ, but the regulatory coherence demanded by investors to secure corporate dominance at the expense of democratic rights. While citizens are shut out of the process for negotiating such agreements, corporate lobbyists are in the room developing the proposals to protect their interests.

For the dairy sector, trade and investment agreements may lower or remove tariffs which benefit dairy transnational corporations (TNCs) who can then source production at its cheapest location and sell into markets without “barriers”. A major US negotiating concern is also to remove restrictions on milk sourced from hormone treated cows and force acceptance of GMO in both animal food and crops designed for human production. Intellectual property protections are not just about the entertainment and pharmaceutical industries; they also apply to patents of agribusiness in seeds, pesticides, fertilisers and so on.

Workers in major dairy export countries such as New Zealand and Australia may be persuaded of the benefits of more open access to markets but in the current global scramble for protein, Australasians are able to sell all they can produce at high prices anyway. And open markets mean investment in an industry can shift location at short notice if the cost of production is too high.

While politicians attempt to sooth an increasingly skeptical public with promises of  protections for the environment and for labour, investors demand sanctions against governments who threaten current or future profits by legislating in the public interest. Corporations push for, and usually get, investor state dispute mechanisms where any investor losses can be retrieved from a nation’s taxpayers through arbitration tribunals. The backup processes are State to State tribunals where corporations support a nation state to argue a breach of trade rules. The action against Australia’s legislation on tobacco plain packaging is a case in point. Hundreds of millions of dollars have been transferred into corporate accounts through judgments in a variety of investor-state and state to state tribunals.

There are no provisions proposed or included in these agreements which give workers the right to sue corporations if jobs are displaced or future earning potential reduced by the free flow of capital across borders.

A common flaw in the critical approach to trade and investment agreements is the evaluation of financial benefits, usually through estimation of increase in GDP and a calculation to see what each citizen gains in comparison to the estimated cost of such things as loss of government procurement and potential decline in wages. Any assumption of even distribution of gains is a false assumption and a solely economic cost benefit analysis to these trade and investment agreements is against the interests of working people.

Even if it could be demonstrated that the overall economic gains for workers were positive (and the evidence is to the contrary), what price do you put on the loss of economic sovereignty, food security and democratic rights? To take a solely economic cost benefit analysis is to sanction economic rationalism and to signal to corporate interests that human rights are for sale- at a price.

The 3rd global conference of the IUF dairy division condemned the process and substance of trade and investment agreements such as the US-Colombia Free Trade Agreement, the TPPA and the Trans Atlantic Trade and Investment Partnership (TTIP). It called on trade agreements to be negotiated through an open and democratic process. Unions committed to work together internationally to fight these agreements which are fundamentally against the interests of working people. They called on their respective governments to negotiate trade agreements on behalf of their citizens which respect and promote human rights, economic sovereignty and food security.