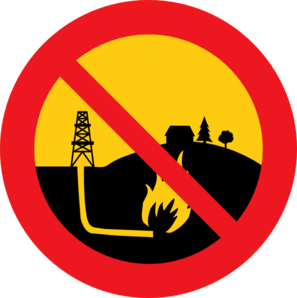 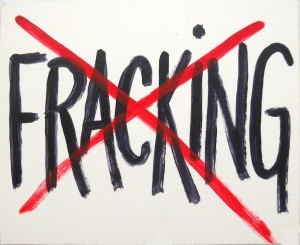 Some British tabloids and oil lobbyists have jumped on comments made by an Intergovernmental Panel on Climate Change author that fracking could play a role in addressing climate change as an argument for it here in Aotearoa, so is fracking a green solution or not?

Professor Ottmar Edenhofer, co-chairman of the IPCC said in a media report “The shale gas revolution can be very consistent with low-carbon development – that is quite clear. It can be very helpful as a bridge technology.” But then went on to qualify his statement with what the report actually said, that burning more gas would only cut emissions if it displaced coal.

I’ve been asked a few questions by journalists here about the claim fracking could be good for the climate and I’ve told them It’s really important that we don’t ignore the key finding of the IPCC report, that the world needs to be urgently making the shift to a completely clean, renewable energy systems. A study just published in the National Proceedings of the Academy of Sciences reveals shale gas emissions from fracking may in fact be up to 1000 times higher than earlier estimates. Fracking is not clean and it’s not renewable.

For some countries, currently heavily reliant on coal, natural gas and shale gas may help play a bridging role but New Zealand is not among those countries. Shale gas is talked about as a ‘bridge’ fuel between coal and renewables but in New Zealand it is a bridge to nowhere; we can easily, affordable and practically get to 100% renewables through wind, solar, geothermal, and using electricity smarter. However for New Zealand it is like someone who feels a little overweight and decides to quit fast food burgers to lose weight but switches to pies instead.

What the IPCC report also makes clear is if we want a safe climate for our kids we need to reduce fossil fuel emissions by 40-70% by mid-century and down to 0% by 2100. So even if we were to embrace fracking and there are plenty of environmental reasons not to, we only have 35 years or so to use it before we have to stop.

Fracking is a fossil fuel – it is a dirty, risky distraction from what NZ should be actually doing, which is moving to 100% renewables.

We can be the Saudi Arabia of wind energy and we have unbelievable untapped solar potential. There are four times more jobs in clean energy than fossil fuels and we can see thousands of Kiwis in work installing insulation under peoples’ roofs and solar panels on top. We can replace our coal fired boilers with sustainable, renewable wood pellets. Fracked gas has no role to play in the transport sector and I would rather champion better public transport, like the Auckland CBD Rail Link, safer walking and cycling and electric cars than fracking.