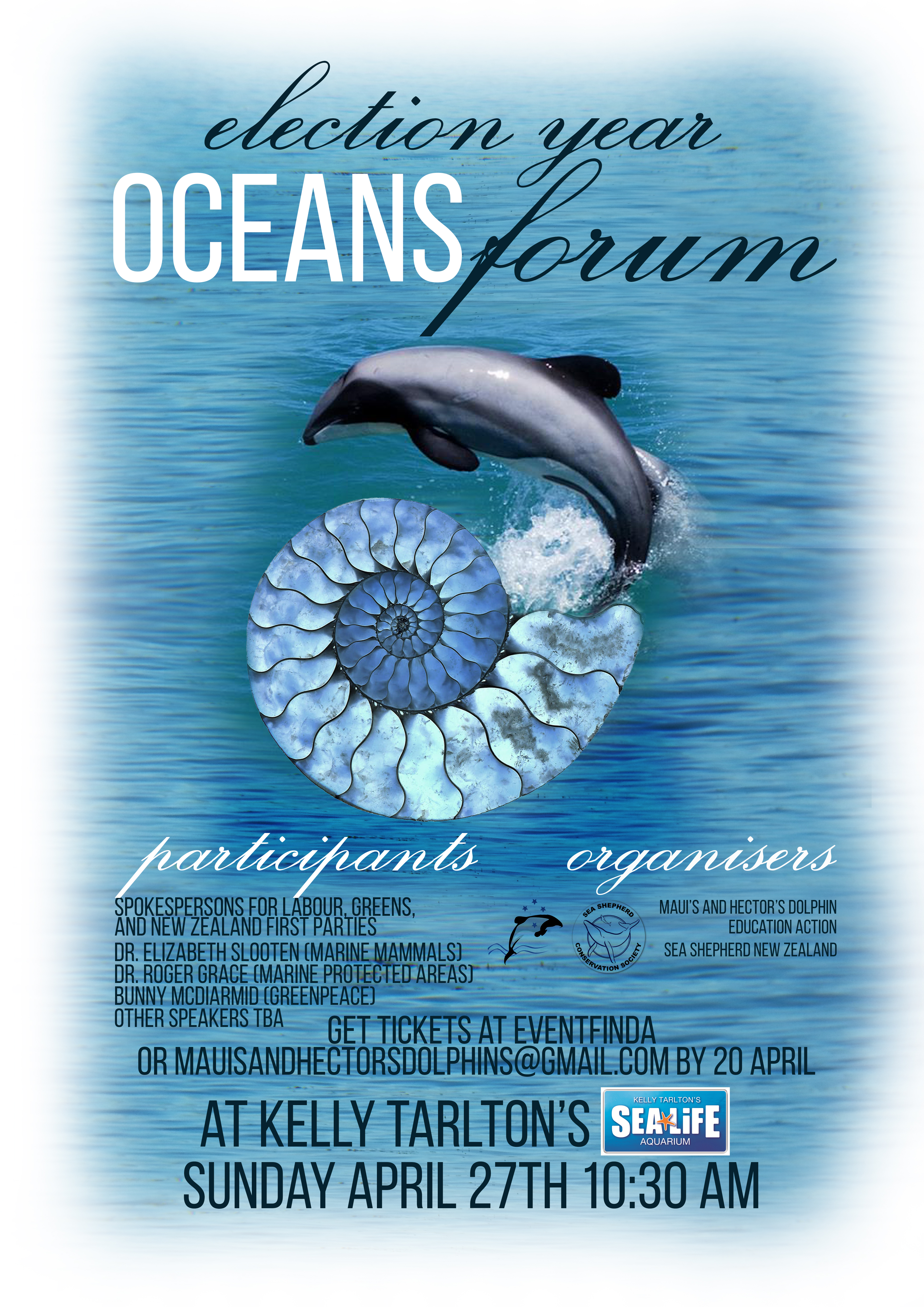 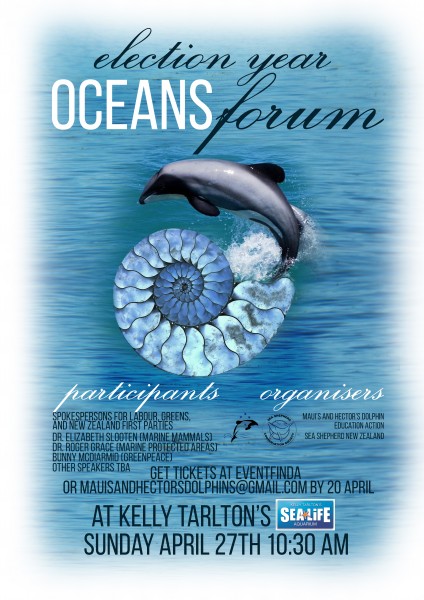 The ‘Earth’ is 71% water but our oceans are the last frontier. The oceans are huge, relatively unexplored, full of weird and wonderful diversity. In New Zealand we’re never far from the sea, and our identity, our landscapes, our communities, and a large part of our economy, are shaped by the ocean’s influence. We’ve got the world’s fifth largest Exclusive Economic Zone (EEZ). We’ve got 34 of the world’s 76 cetaceans. We’re the world’s ‘seabird central’. But we don’t treat our oceans with much respect.
The seas are full of trash. Scientists warn of global fisheries collapse by 2050, warming of the world’s oceans, acidification and contamination. Our coastal margins have lost natural elements like dunes, lagoons and mangroves. Marine mammals including Blue whales, the biggest animals to ever live, are a shadow of previous populations, though it appears our West Coast might be only the fifth Blue Whale foraging ground known in the world. Here in NZ, we have among the ‘world’s best’ market based fishery management, in the Quota Management System, but both target and by-catch species are under pressure. There’s a concentration of quota now that it’s a tradeable commodity, in fewer, bigger companies with larger boats and more intensive effort and impact. Recreational fishing rights are reduced while commercial fishing interests continue without the same restraint. The aim of the Ministry of Primary Industries is to secure ‘fish for the future’, but given the state of our fisheries and the price of fish, it’s hard enough to obtain fish for today.
There are over 16,000 fish marine species in New Zealand waters. 130 are commercially fished by 1,300 commercial vessels, targeting a total allowable catch of almost 586,000 tonnes of fish per annum. The seafood industry employs over 7000 full time equivalents and earns about $1.35billion per annum. But is it really sustainable?
Large parts of the country’s coast are open to oil and mineral exploration and exploitation. 85% of New Zealand’s territorial sea and 68% of our EEZ are open for bottom trawling. Huge weighted nets are dragged along the ocean floor, destroying undersea geology and trapping everything in the way. General catch limits are set close to their ‘maximum sustainable levels”, managing fish to within only 20% of preharvest numbers – allowing catching of up to 80% of estimated commercial fish stocks. A quarter of fish caught are thrown back, and bycatch kills hundreds of seabirds, well beyond their risk threshold, every year. Maui’s & Hector’s dolphins have been depleted from an estimated 30,000 Hector’s and 2000 Maui’s in the 1970s, to 7,000 and 55 now. 376 fur seals were killed as bycatch 2010-11 alone, and in the last 10 years about 700 Sea Lions were killed in nets, mostly in the Auckland Islands. With reduced numbers, natural threats like disease make these species more vulnerable, so it’s not looking good for the future at all.

Join scientists, NGOs and MPs in a discussion on issues facing our oceans at an ‘Election Year Oceans Forum’, April 27 10.30-12.30 Kelly Tarlton’s Sea Life Aquarium, 23 Tamaki Dr, Auckland. All welcome but numbers are limited so please RSVP via mauisandhectorsdolphins@gmail.com or on the Oceans Forum fb event or ‘Eventfinda’.