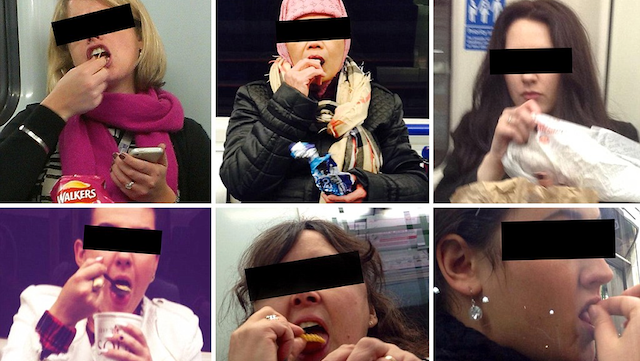 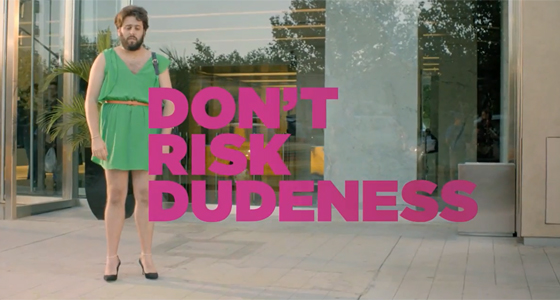 The last few months have been particularly bad for the shaming and policing of women’s bodies in the media, both in New Zealand and globally. First we had NZ Newstalk ZB presenter Rachel Smalley referring to women weighing over 70kgs as “heifers” and “a bunch of lardos” on air when she thought her microphone was switched off – awkward. Then we had the embarrassingly homophobic and sexist (pulled, after outcry) Veet which declared failing to remove your leg-hair would turn you into a dude within 24 hours. “Don’t Risk Dudeness” was Veet’s slogan – because all good girls make sure they are waxed and shaved to flawless perfection or suffer the consequences of “dudeness” or worse yet, possible spinsterhood.   Then we have Tony Burke, the guy who in 2011 started the facebook group creatively called, “Women Who Eat on Tubes” (nice work, moron). The title says it all really; predominantly men taking non-consensual photos of women eating on, yep you guess it, the Tube. Burke, after his site gained attention this year, told BBC Radio 4 Today, he started the group as an “observational study – just like any reportage photography” and that he was from “an artistic community”.

As someone who did half a decade of Art School and majored in photography (which is why I am still busting tables) I believe I hold some weight when I say that Women Who Eat on Tubes is not “reportage photography”. In actuality what these photographs amount to is gender policing, and not only do they harass women but the photos publicly shame them for performing normal bodily functions… like you know, eating. We also shit and pee and puke which I know is horribly unladylike and not very sexy, but a gal’s gotta do what a gal’s gotta do. 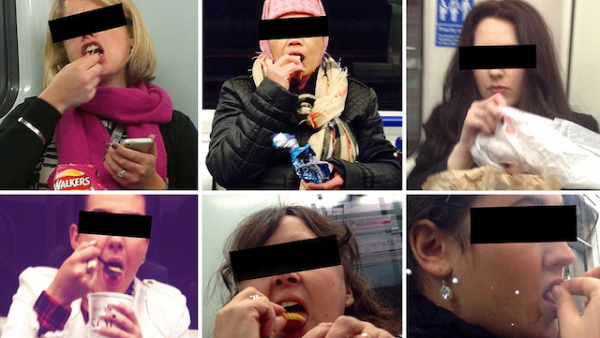 In fact not so long ago the French comedian Remi Gaillard undertook a similar endeavour as Burke, but he kicked it up notch. Gaillard, non-consensually videoed himself performing “pretend” sexual acts on unknowing women who were going about their normal daily business, or as he liked to call it “air sex”. Because rape is just so fucking funny – I mean it is only simulated “pretend rape”, right? What is the big deal? I felt like punching my computer screen as I wrote that. Gaillard’s “comedic act” managed to glorify and minimise rape all in one great swooping cinematic action. 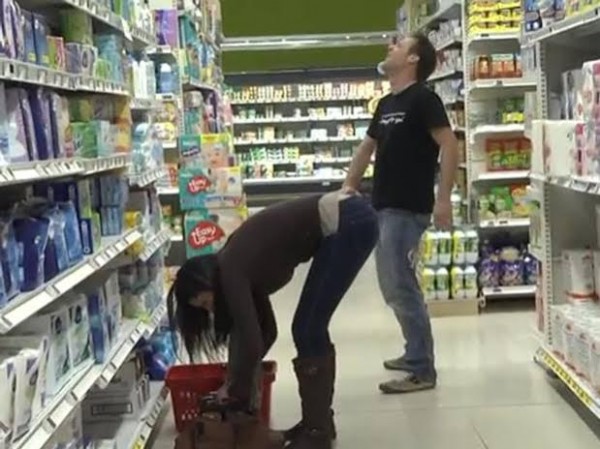 Will there be no end to the creative ways people find to humiliate, police and shame women? Apparently not.
Katrina Turner, a model and the organiser for the New Zealand’s Miss. Bikini Pageant and former 2012 winner of the pageant herself, recently told her finalists that they needed to “tone up” and loose weight. I had the opportunity to speak with Turner regarding her comments, and during our conversation I asked her, “Do you think by asking contestants to tone up and loose weight, you feed into a culture which objectifies women and only values them for how they look?” Turner responded with

“The whole goal of Miss. Bikini NZ celebrates the beauty of women; we love all shapes and sizes, however [and it was a big “however”] our winner goes to an international competition. We are a franchise. She is competing against 70 plus other countries, and the girls overseas have a certain standard of the way they need to look. So if you are entering a competition that is swimsuit based… of course there are going to be standards. And having a great body is one of them.”

I guess Turner has a point, really? She made it clear that “all contestants knew what they were getting themselves into” and that they are aware this was a competition based on how you look. However Turner did state “the original message I sent to them [the contestants], I wish I had communicated it to them in a different way with slightly different terminology, because I am not a dietician or trainer”.  Effectively 17 teenagers and women have been asked to shed “some pounds” in less than a month. And although Turner has hired a trainer called Mike to help the girl’s lose weight “healthily”, it would be hard to shake those pounds in such a short space of time without resorting to some unhealthy eating tactics.

Katrina Turner is [unconsciously] feeding into an over-arching cultural construct which tells women the only currency you have is your body. People, publically and privately make comments like Turners (Rachel Smelley is a good example of someone saying something privately, but it went public) everyday, believing their words are benign when in fact they are perpetuating the constant commentary, policing and shaming of women’s bodies.
I think Katrina Turner made an interesting point when she said to me “contestants knew what they were getting themselves into”. As women we should know intrinsically what we are getting ourselves into from the get go, and I am not just talking about pageants. After all, there is no escaping the daily rape jokes (Remi Gaillard seems to have these down to a fine art) which minimise and trivialise epidemic levels of violence against women, or being told to shed some pounds to fit some ideal which is impossibly hard to obtain. Certainly being told that you are too fat, is not just a “pageant thing”. Everyday women pass billboards that show impossibly thin girls, who are usually white, dictating the ideal body shape and size and ethnicity – and probably selling some shit you do not need to buy.

The more time spent on changing our bodies, the less time we have to change the world. Capitalist patriarchy is built around distracting [us] from the real problems; closing the pay gap between men and women (which has increased 2 per cent in the past decade to 26 per cent), fighting to end violence against women and children, making sure every child has access to free education.

We cannot even eat in public without some creepy dude with an IPhone taking a snapshot, so it can be uploaded online and complete strangers can say how “grotesque women look when they eat” and tell us that “we [women] should not eat in public”. What should we do instead, stay tethered to the kitchen?

The reality is that most of the behaviour I have pointed out here is “socially enforced” as Laurie Penny points out, “Gender policing is all about the little things. It’s the daily, intimate terrorism of beauty and dress and behaviour…. Cultural disgust for the female body is deeply political. It is tied into reproductive and social control”. Tony Abbott, the Australian prime minister, appointed himself Women’s Affairs Minister, when he was elected in 2013. A man who is pro-life and once described abortion as the “easy way out”, is fanatically religious, and had his two daughter’s parade around in white dresses during his acceptance speech.

Between being called “lardos”, having some dude who thinks he is being funny, simulating “pretend sex” with women while filming it without permission, and people in government telling us if we can or cannot have babies, a pervasive picture is being painted of how little women are valued in our society and the lengths which are taken to control women’s behaviour. In the words of Beyonce,