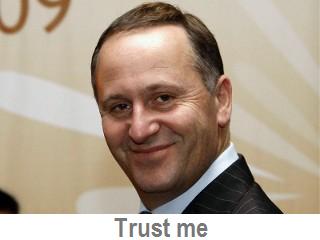 A non judicial assassination by the US on a NZ citizen raises questions.

Key made the idea that NZers were training with terrorists part of his farcical defence for the GCSB mass surveillance legislation. I say farcical because even if there were 100 NZers training as terrorists, that in no way shape or form justifies the mass surveillance of over 4 million others.

The fact Key used this information to politically justify the legislation raises serious questions. Did the GCSB help in the non judicial assassination of this NZer? Did the need to create an example drive the targeting of this NZer? What evidence of crimes had he committed and was a NZ representative for his rights present at that discussion?

In short, did Key as the GCSB spy boss who appointed his old school chum through a process that was doggy have a NZer targeted and killed for the political cover of passing mass surveillance?

Because there’s Games of Throne ruthlessness, and then there’s just out and out psychotic.

The pending Snowden GCSB dump might have prompted this release of information by the Government. Let’s hope when the files are released it sheds light on who knew what when.