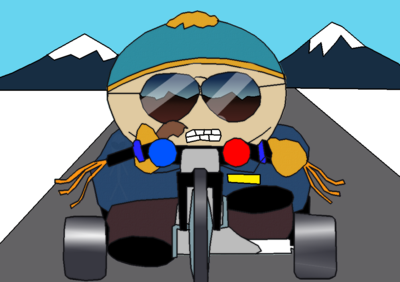 A couple of days ago I returned from Samoa after attending a family matter and some contract work. Spending a few days in the warmth of our homeland was welcome relief from the cold weather starting to make its presence felt in NZ at present. Dressed in the customary shorts, t-shirt and jandals, we stopped briefly at Duty-free to pick up some supplies. Whilst there I had an unfortunate disagreement with the counter person who wasted my time trying to upsell products to me, after I presented her with the goods I wanted to pay for and get going. Holding my baby who was clearly tired from the flight, I thought was evidence enough that I wasn’t interested in chocolates, perfume or any more alcohol. But she persisted and I made it clear that I just wanted to pay for my stuff and go. Eventually I got an apology from them for wasting our time.

About 10 minutes later as we preceded to customs to give our passports and collect our bags, a couple of uniformed police officers made themselves known to us, requesting that we step out of the line to answer some questions. Holding our carry-on luggage and exhausted child we step out of the line to answer their queries. Unsure as to why they’re looking so aggressive towards us, we thought to go along with the conversation in the hope that it would be quick, professional and respectful. I had just returned from Samoa, where all the conversations I’d had were the latter – professional and respectful. I was quickly reminded that we were in NZ and the Police have a pretty different view of how conversations are conducted.

The officer opened the conversation by defending the store person and outlining their job description to upsell products. Somewhat bemused that he had taken the role of either her manager or union delegate I tried to understand why he had stopped us in the first place. I also wanted to know if this was going to be a conversation that adults had – where one person speaks and the other listens, then vice versa. He continued over the top of me before demanding my passport and other bits of information like name, address and occupation. Refusing to surrender my passport until such time as he allowed me to speak, he moved his hands towards his handcuffs while this time, in an even firmer and louder voice, told me that we were in a customs-controlled area and I was to surrender my passport immediately. Again, I queried him on why we had been stopped with no answer other than a clear command to surrender my passport.  Of some concern to us as well, was that the other officer stood body-up next to my wife with what seemed to be an attempt to intimidate her.

This discussion went on for some time. In the end I was more than happy to give him my passport and personal details but wanted him to understand that when you ask a person a question, the accepted practice was to allow them to answer. I tried to outline how confused I felt that when he spoke he expected me to listen and stop speaking, but when I spoke he had the right to interrupt, and then ask something else. It was obvious to me that we needed to agree to some rules around how we would conduct this conversation because we both had very different expectations. I was also keen to understand why he was so quick to offer a defence of the shop person after she and her manager had apologised to us for the way in which they dealt with us. None the clearer, after about 20 minutes he saw fit to end the conversation by saying he’d held us up long enough and we should proceed through customs. Even more intriguing was he even offered me advice on how I could fix my attitude.

Outside the obvious, there were a couple of things that stood out for me during this encounter. Firstly, the officer seemed quite agitated by my questioning of him as to why we had been arbitrarily stopped and pulled out of the line. I got the impression that for him, conversations were had where he asks all the questions and I was to answer only what he wanted to hear. He had no intention of hearing me out and essentially tried to bully me into doing what he wanted and nothing more. Secondly, after he asked me what my occupation was his tone, body language and approach changed. Almost instantly he asked me in a now somewhat courteous tone to offer my version of events. I took from this change of attitude that a perception he held of me had shifted and he was now prepared to engage with me as an equal, as an adult. My expectation of the Police is that when they speak to anyone, they haven’t already “profiled” them in their minds.

I wonder if things would’ve been different if I was wearing a suit, or had a regular haircut and not a shaved head, or if I was palagi. Further, I wonder how different things could’ve been if I wasn’t as proficient in English; didn’t understand my legal rights and didn’t see myself as an equal to him. These are the challenges faced by numerous young people, Maori and Pasifika communities as many of us feel bullied and disempowered by the Police in our interactions with them. My wife and I are both educationalists and whilst angered and insulted by the experience, we were glad that our daughter witnessed her parents engage in this unpleasant and biased dialogue with the cops. We want to model to her how to stand up for her rights: for what’s fair, just and reasonable in a manner that’s respectful and sure.

This treatment of us was appallingly disgraceful and we have lodged a formal complaint with the Police.