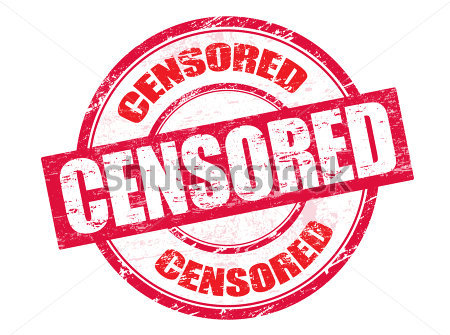 THE BLOGGING war is hotting up in Papua New Guinea – just when things are getting riskier with draconian proposals over cybercrime law on the horizon. The state target for Prime Minister Peter O’Neill’s government appears to be social media. Trample on any possible dissent.

O’Neill is seen as a proxy for Canberra’s strategic interests in the region. As PNGexposed claimed in one posting, the Australian government “has already assumed the role of regional sheriff and wants to sit astride a region of compliant states and micro-states”.

“This means other countries markets and resources should be open to foreign capital without barriers such as the muscular protection of landowner rights, or strong environmental laws. Australia is targeting its aid spending to ensure Bougainville fits this model.

“Whatever the future for Bougainville, Australia wants to ensure the island is a subservient neighbor providing a supporting role to Australia’s own economic and political interests. Australia is therefore targeting its aid spending to ensure that outcome, placing consultants in key political and financial roles and neglecting health and other people-centered sectors.”

According to figures released by the Australian Department of Foreign Affairs and Trade (see table here) show that more than 90 percent of $2.9 million a year spent on the salaries or commissions of consultants working for Australia on Bougainville is directed at ensuring Australian political structures, policy priorities, economic models, and security interests dominate in the new Bougainville government and bureaucracy.

In contrast, says PNGexposed, less than 9 percent of spending is targeted at health and HIV prevention and Australia is spending nothing on consultants for agriculture development, extension services to support self-sufficiency or women’s and youth programmes.

“As a state-builder, Australia builds in its own image, and wants to ensure Melanesian countries act as stewards for foreign companies rather than as the protectors of their own citizens. As a result the people have already had to suffer at the hands of transnational corporations like Rio Tinto, BHP, Rimbunan Hijau and Exxon-Mobil – and it looks as if Bougainville will continue the trend…”

Another blog, undoubtedly on the Port Moresby government’s hit list, pngblogs.com , has floated a speculative piece on “how O’Neill plans to end democracy” with a “Chinese-style dictatorship”. Conspiratorial, of course, but good reading anyway.

And this is from a website that provided comprehensive and fairly accurate coverage on the recent Unitech saga against corruption. At least the students stood up and some of the academics also displayed courage in the face of threats.

In its latest commentary, pngblogs.com said:

Don’t think that PNG cannot become a dictatorship and do not entertain that it is a dream that our government plans to silence thinking minds.

Chinese and Malaysians operating in PNG (especially Rimbunan Hijau, which owns The National newspaper 100 percent) have encouraged the government for some time to end the 39-year experiment in PNG democracy and quietly create a kind of dictatorship where the only voices of protest allowed will be those which are ineffective and do not threaten the government’s power.

Rather than people controlling the government, as is true in any real democracy, the intent in PNG is for government to take control over the people. The Christian democratic principles that led to the birth of our nation will be quietly discarded in preference for the anti-Christian, ungodly beliefs spread by the Chinese government with its growing influence in PNG.

The success of the Unitech movement against corruption convinced Peter O’Neill to move fast to cut off the legs of any protest against his government.   Some months ago the government mentioned their intent to regulate social media and SIM cards.

There was very little protest and this now gives the government confidence to go into action over the next month and put all necessary laws in place.

The government now believes it can get the laws into place before there is any chance for NGOs and activists against corruption like Noel Anjo, uni students, or anyone else to create an effective protest that can stop parliament from passing the laws and the NEC from endorsing them.

We all know from past history that once a PNG law is passed, it is never repealed.  That is why at this very minute we still have the biggest land grab by foreigners in history alive and well.

The law to allow SABLS (special agricultural business leases) was passed only a few years ago.  Under SABLs, over 12 percent of all PNG’s land has been lost to foreigners and national exploiters.

SABL means that customary landowners lose all rights to their land for 99 years (four generations).  It was just the opportunity that unscrupulous foreign and national exploiters wanted to log all the trees on that land without paying any royalties.

After they became multi-millionaires they were free to abandon the barren wasteland to the landowners to create permanent impoverishment for future generations.  This is going on at this very moment.

The government got away with the SABL land grab because the people of Papua New Guinea did not rise up against it.  City people turned their eyes and let their village brothers be tricked.

The SABL inquiry quickly became corrupted and compromised by the O’Neill government which then shoved the report under the table.  Again, the people did not speak out.

As a result, it is still completely legal and encouraged for more foreign resource rapists to steal PNG land.

That is our battles against corruption must be over the laws themselves.   Once the laws are passed, we lose.

Unless we move fast to stop the government’s plan to get Chinese and Malaysian style laws on the books, PNG will lose its democracy for all practical purposes.