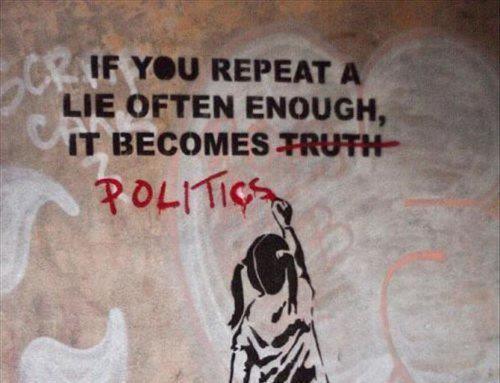 A recent Roy Morgan poll had some very disturbing news for National and it’s shrinking support-base;

The polling – which includes phoning respondents on cellphones – shows party/bloc support much more evenly divided than other polls. Any election night result is simply too close to call, and will depend on “wild cards” such as NZ First; how many Maori electorate seats will be won by Mana, at the expense of the Maori Party; and will the Nats cede an electorate seat to the CCCP (Colin Craig’s Conservative Party).

(Despite the closeness of the Left/Right bloc, this blogger still maintains that we will see a change in government post 20 September.)

No doubt all this information was already available to National’s own party strategists, and, rather predictably, they were prepared to distract public attention with Default Strategy #2;

Note the dates on the two stories above; 3 April. Coincidence? Not very likely. All political parties are aware of when Roy Morgan polling results are made public and this particular result would have come as no surprise to  National’s back room strategists and spin doctors.

National and Labour both conduct their own internal polling and are acutely aware that public opinion of decided voters is evenly balanced between the Left and Right blocs.

To rebuild flagging public support, the Nats are focused on reclaiming “soft”, low-information,  swing voters – especially those susceptible to dog-whistle politics. And you can’t get more “dog whistle” than beating up on welfare beneficiaries, as Bennett did;

“The new rules recognise beneficiaries should be ready and available for work – not prioritising travel.  Every day we hear stories of how people cannot live on the benefit. Today you’re hearing that literally thousands can not only live on it but can afford to travel overseas as well.”

This is precisely the despicable tactic used by ex-National leader, Don Brash, during his infamous Orewa Rotary Club Speech in 2004, when he railed against a  “government-funded culture of welfare dependency“, “racial separatism in New Zealand“, and the  “development of the now entrenched Treaty grievance industry“.

Considering that the Maori Party is one of National’s few remaining coalition partners, and rely on their support for Supply and Confidence, slagging of at Maori and the “entrenched Treaty grievance industry” is a no-go area.

Which leave… beneficiaries. They are the “New Jews” of 21st Century New Zealand – blamed for an alleged “poor work-ethic”;  “wasting tax-dollars”; and living the “high life” whilst the rest of us have to work for a crust.

It is noteworthy that, in the main, the mainstream media published Bennett’s media release without question. There was no in-depth analysis by journos wanting to know who these “21,000 beneficiaries” were, or their circumstances. No questions were asked. No delving behind the reported statistics was carried out.

In fact, not one single journalist, newspaper, TV current affairs programme, etc, actually even bothered to report what the unemployment benefit was ($210 per week, net).

Instead, the Herald – which seemed to be the main media outlet for this “story” –  published an editorial five days later, supporting and endorsing the official Party Line.

Never since the days of the Soviet state-organs, Pravda, Izveztia, etc, have news media been so utterly and completely compliant as mouth-pieces for government policies, statements, and naked propaganda.

If this is what the msm such as the NZ Herald call “freedom of the press“, then I suggest to them that their much-vaunted independence is a fiction. When government ministers’ media releases are reported almost verbatim, then  any pretence of media independence , press freedom, and investigative journalism flies out the window.

Interestingly, when James Coleman on RadioLive interviewed Labour’s Sue Moroney on this issue, he started of by asking;

“Well I wonder how you can afford to travel overseas while on a benefit?”

Unfortunately, except for Julie Moffett on NewstalkZB, who made some effort to present an alternative to the official “Party line”,  that line of questioning was not followed through.

Ms Moroney did, however, make this interesting point;

“I think that people will have questions about why there so many people travelling overseas. And I think it tells us a story about how bad the job market is in New Zealand. I think that quite a number of these people, and many of them are travelling to Australia in desperation, because they’ve run out of the opportunity in New Zealand to get a job. They’re sick of sitting on the scrap heap here, and getting rejection letter after rejection letter after rejection letter and are going to Australia and are trying their luck over there instead.”

Ms Moroney’s assertion would seem to be confirmed by Paula Bennett, when she stated,

“Since the changes 4,880 peoples’ benefits were cancelled because they failed to reconnect with Work and Income eight weeks after their departure from New Zealand.”

So why not phone WINZ’s 0800 number to inform them that they are travelling overseas?

Anyone who has recently had cause to phone WINZ (0800 559 009) will have their question provided. Waiting to speak to an operator on that line can take anywhere from ten to twenty minutes. Sometimes longer. And there is no guarantee that the information provided by a welfare recipient will be accurately recorded or passed on to the relevant WINZ Branch, or acted on.

This blogger is aware of at least one beneficiary who followed proper procedures to  advise WINZ of a change in his/her circumstances – only to have that information disregarded and their benefit cut. Only when WINZ was contacted on subsequent occassions and questions asked why that information (earning an income through a casual job) was not accepted, was the recipient’s benefit eventually reinstated. S/he had done everything right; carried out their obligations; made full disclosures – and was still penalised.

How often is this happening to others?

And if a beneficiary is leaving New Zealand (often paid by loans, friends, or family) to seek work in Australia – why should someone utterly frustrated with the system bother to contact WINZ, which is time-consuming, stressful, and when that information is not always passed on?

I submit to the reader that most would simply give the one or two  fingered salute to this country as they departed.

However, such questionable “statistics” serve this government’s interests very well. They have a ready-made scape-goat to point the finger at – meanwhile distracting the public from the very obvious fact that there are simply not enough jobs to go around for everyone. Certainly not the 170,000 new jobs promised by National in 2011;

In turn, the media has ready-made, simplistic, tabloid-style headlines provided to it on a plate, to sell their advertising.

Whilst the majority (hopefully) of New Zealanders understand that this is red-neck, dog-whistle politicking in action, National need only  appeal to one or two percentage points of voters who unquestioningly digest this kind of prejudice –  and John Key is assured of a third term in office.

Unemployment is working – for National’s re-election.

Perhaps I spoke too soon. There appears one journalist willing to buck the National Party Line, it seems. Colin Espiner stands out from the maddened crowd of media sycophants…

NZ Herald: Editorial – Travel is not a right for those taking welfare

Letter to the Editor: Is National in trouble in the polls?

Benefit fraud? Is Chester Borrows being totally upfront with us?!

Against The Current: Mike Hosking says Bash A Beneficiary Day!

The Little Pakeha: Wrestling with the narrative