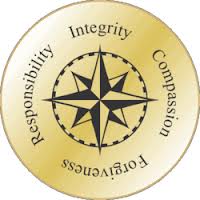 Some days I find myself dismayed at the state of our country. I look around and I hear and read things and find myself at a loss as to what has happened here. Sympathy, empathy and understanding seem to be slipping away before our very eyes. Judging and commenting on other people’s lives with sometimes little or no facts seems to me to be the new “normal”. There are certain catchphrases that are often repeated on social media like “If you can’t afford kids, don’t have them” and “if you don’t like low wages, just up skill”. Great quotes, if only it were so simple. I also this week have disappointingly seen a new spate of beneficiary bashing, a National Party hobby, with calls of “lazy people, just get a job”. Those Ghost jobs, that aren’t there. I have to say these often thoughtless comments that some spew out are mostly quite ridiculous.

How does it help progress anyone’s life, when through often uncontrollable circumstances they find themselves in a financially difficult position, to then be told “you shouldn’t have had children”. Life changes, plans go wrong, shit happens. Right wingers have often thrown that line at me when I try to explain how tight our one income has become, with rapidly rising living costs, and little or no pay rise. And then the favorite old chestnut of “just up skill” comes out. In our circumstances, my husband is the most qualified he can be already. So does he change career now? Go to university? Just how do we do that, with two kids, a high mortgage and all our bills to pay, would that not then make us “bludgers”, who the right wing also loves to hate. Not every low wage worker can simply “up skill”, there isn’t the room in our society for every cleaner or care worker or road worker to drop their lives, children and homes and retrain in a new career. And who would then do these jobs? Society is simply not designed for us all to be degree holding intellects, doctors, accountants or teachers. We would still need supermarket workers and care givers. That is how our infrastructure functions.

I am no political expert, I don’t really consider myself as political. I am new to this game that is politics, I have very little knowledge of NZ political history, I am truly a beginner. I do however have a social conscience, a compass inside me that helps me decide what is right from wrong. For me politics is not about personality or who shouts loudest, it is my moral compass that shows me the way, be it left, right or centre, I will follow it.
What is happening in our country is larger than politics, the whole fabric of society is changing. People are judging others for circumstances they find themselves in and then commenting with the power of anonymity from behind a keyboard with their “advice”. It is none of our business and we would do well to remember that. Our country is changing, it is becoming a dog eat dog place, an everyone for themselves game of survival. I don’t like it. Stop passing judgement on others lives, stop looking for someone to attack or blame. For my voicing of my own moral compass, I have been called a “looney leftie” and my favorite a “dirty hippie” all simply because I care about other people’s lot in life. So be it, if they are my labels, I wear them with pride. All I want for all of us is a fair slice of the pie, a chance of lifetime jobs and free education, food on the table and a home for all, a fair go for everyone, not just some. We should not let other people influence our own moral compass, before it’s too late, do what is right for all, for our children, not just yourself. This country is about all of us, not just you or me. Let’s pull together and make this place great.