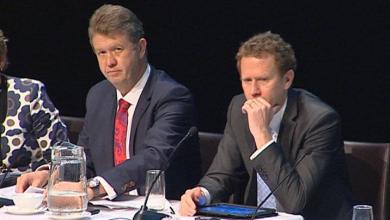 I confess that I leaped to “Nooo! WTF!?” type conclusions immediately upon reading only the headline of the 3News piece. However, after watching it and talking about it my shock and dismay subsided. I realized that it was just poor journalism and that the media had spun it to make the disagreement look worse than it really was (duh, sensationalism is their game after all).

Labour has to realise the influence of the statements they make and the actions they take on the decision making process of their possible supporters. They should know by now that the mainstream media is not their friend. They should be better at working it. They must, or this election is only theirs to lose. And if they lose, we all lose.

But it’s okay guys. Labour rejecting the Green coalition last night is not actually bad news, and here’s why. Labour and the Greens formalising a coalition at this stage could open them up to more attacks and lose their more centrist supporters to the right, potentially costing us the election. Looking at the math, Labour will not be able to form a government if it does not work with the Greens, so they must. A formal coalition is not their only option for alliance however. The two parties have been in a confidence and supply agreement since 2005 and they will undoubtedly continue with this. A C&S agreement is in many ways more truly democratic than a formal coalition agreement, as it allows for more flexibility on single issues. For example, it would allow the Green Party the autonomy to distance itself and speak out with its own voice on Labour’s less environmentally friendly policies. They will work together on their common ground.

They will team up. There’s no doubt about that…is there?

Well actually, there is still doubt. Many people will feel doubtful after this piece of news. Many would-be Labour supporters will have lost confidence in their party and leader’s ability to lead a progressive government now.

Division on the left, even if it’s only perceived, has always been our kryptonite.

Like it or hate it, people often tend to vote based on personalities and not purely on policies.   David Cunliffe has already had a hard enough time winning over Labour supporters, new and old. The leadership struggle divided the Labour Party and those wounds are still raw. He has made some poor choices and been slammed for them already this year. Even though he may turn out to be the best man for the job, Cunliffe’s coup automatically branded him with a visage of arrogance. Yesterday’s rejection of a Green coalition offer only adds to this. I suspect that he is actually far less arrogant than John Key, but he lacks the normal kiwi blokiness that Key plays up for the voters. Cunliffe has to work very hard to remove this popular assessment of him by engaging more not only with his own members and supporters, but also with the other progressive political parties.

New Zealand’s political landscape has changed significantly over the last decade. The democratic potential of MMP is becoming realised and we are learning how to vote more strategically to ensure that the diverse groups in our country are more fairly represented.

We are no longer a two-party system, but sometimes it seems that Labour has forgotten this.

Cunliffe was probably just making an effort to frame Labour as independent and strong enough to lead. Perhaps he was banking on staunch Labourites to jump for joy at his dismissal of the Greens’ proposal.

I often look to my mother as a litmus test in situations like this. She is undeniably left-leaning and passionate about key progressive issues such as poverty, education and the environment. She has voted Labour–Green for most of her life. She is well-educated, empathetic and committed to a better world for all. My mother was pissed off about this news. She was dismayed by what she heard from Cunliffe and is now struggling to remain hopeful about a change of government. I have heard from a number of other people today who are also despairing at this announcement. If they are feeling this way, then I can only imagine how many others will be feeling similarly.

It is all very well for me to write this and for you to read this. If you are a reader of The Daily Blog then you are probably interested and somewhat knowledgeable about how our political system works. But you and I are not the only voters.

This is what needs to happen.

A united front is the only thing that can defeat our current government.

Our differences are something wonderful about the Left. We should be celebrating them because they create thoughtful debate and promote the consideration of other perspectives. This is especially important in a country as diverse and colourful as ours. However, the values and policies that we share and can build on together is what we need to focus on right now.

We have a good chance to win this. The latest Roy Morgan poll shows a Labour/Green alliance at 45 percent, 2 percent ahead of National. NZ First is over 5 percent and Mana and the Internet Party are both on 0.5. Together, that puts us at 51.5 percent. Absolutely workable. The poll shows a clear split between the two largest parties, which means that the minor parties will have a significant role to play in deciding how our next government is formed. We have to do this together, and we have to be seen to be doing this together.

It is not enough to assume that the people know that Labour and the Greens will work together, in or out of a coalition.

The progressive parties have to prove to the voters that they can work together. It is baffling that they still do not understand this. If they cannot provide that confidence for the people, then we will lose to National, Act and the Conservatives. Heaven help us all through another three years of that.

Labour, Greens, Mana, Internet and NZ First need to get together and publicly present us with some ideas about how their government might look if we vote them in. They need to explain very clearly the way it might work, and what the difference is between mergers, coalitions and supply and confidence agreements. They need to put aside the disagreements that they have and state what commonalities they share. They need to ask us what they need to do for us to vote for them. They need to give us the confidence to support them, so that 800,000 eligible voters don’t throw their hands up in the air and go “meh” this election.
Of the “missing million” who didn’t vote last year, how many of them would have voted Left if they had seen us as a viable alternative to the circus currently in government?

Labour’s rejection of the Green Party’s offer of coalition may only be a storm in a teacup, but it may prove to be one hell of a tempest come September.