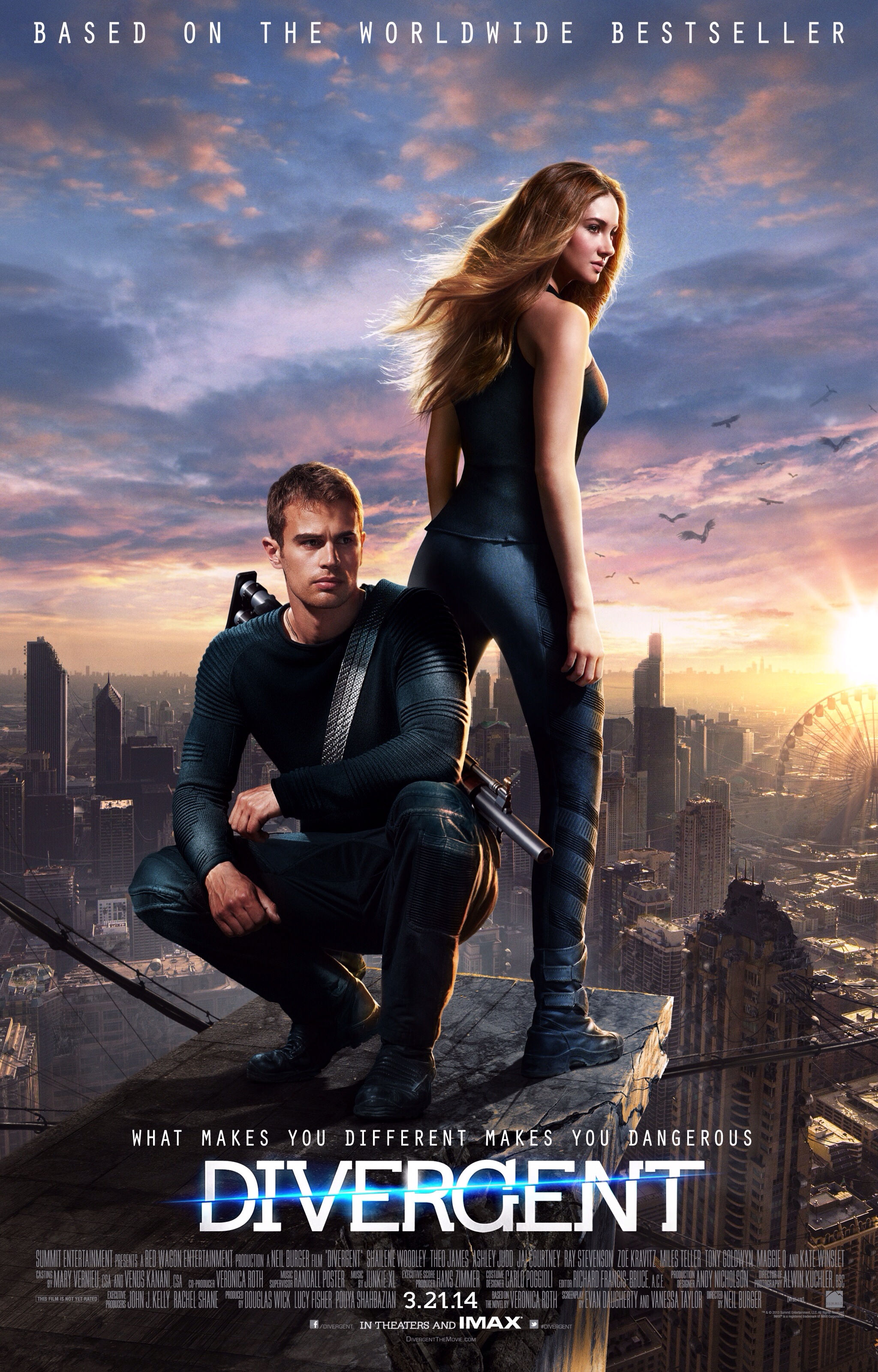 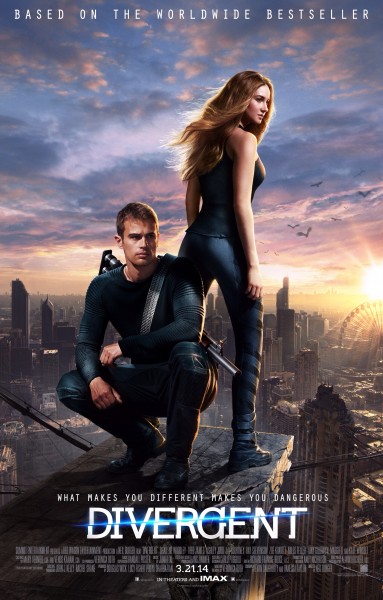 The film Divergent, based on the wildly successful trilogy by Veronica Roth (who started penning the series before she even turned 20),  is set 100 years into the future in post war dystopian Chicago, the world is now divided into five faction Amity (peaceful), Erudite (intelligent), Dauntless (courage), Candor (honest) and Abnegation (selfless), who also govern the city. There is also the Fractionless, those who never completed their full initiations into a fraction, who live in abject poverty and on the edges of the city.

At 16 years all citizens must take a test to help determine which fraction they belong. Tris, (Shailene Woodley) our main protagonist, undergoes her test but her results are inclusive (a rarity). Tris is “Divergent”, meaning she doesn’t fit into any one category. In a post-apocalyptic society whose leaders revere order in the pursuit of peace, those who cannot be controlled through categorisation become a threat to the established order of things. Tris is destined to rail against the system, and many will draw parallels to the fearless Katniss Everdeen (Jennifer Lawrence) from The Hunger Games.

Tris, during the choosing ceremony which all 16 year olds must partake picks Dauntless, and enters a world of dare-devil risk taking, knife throwing and physical and mental endurance… oh and of course teen romance. Four (Theo James ), one of the  fraction leaders who also trains new initiates is the stereotypical brooding hot guy, who of course gains the attention of Tris.

Divergent follows a pretty generic formula and it is a shame the director Neil Burger (Limitless) made the decision to leave out some of the darker parts of the book. Some of the Dauntless initiation tests including new initiates being pitted against each other in violent battles including male-on-female fights leave them broken, bruised and bloodied. The most we see in the film is a black eye and a bloodied nose.

Some of the supporting characters such as Al, who in the book is a sensitive and complex person, are reduced to two dimensional characters leaving you struggling to feel any sense of sadness when characters are hurt or killed off.  However, Burger manages to ensure the looming gestapo-like overthrow of Abnegation so other fractions can seize power, is palpable throughout. There is still enough dare-devil action and guns blazing to keep you engaged and interested. Burger also avoids “doe-eyed” moments between Four and Tris, instead they work together to conceal Tris’s true nature of Divergent (Four, figured out there was something different about her early on), and there is more kick-ass than make-out from these two.

Divergent does not exactly showcase any amazing cinematography and the production design is drab and dull, but ultimately, as a major fan of the Divergent trilogy and teen fiction in general, it is gratifying to see that Tris’s character has been preserved.  Tris is still the badass, ass-kicking heroine she is in the book, who does not need some sparkly misogynist with a nice car to save her, from her “clumsy” self (Twilight has much to answer for). Tris is defiant and thoughtful but has selfish tendencies, and I found this refreshing in a world which teaches women to be so fucking selfless, all the time. Lord knows we need to see more teenage female characters like this in mainstream Hollywood.