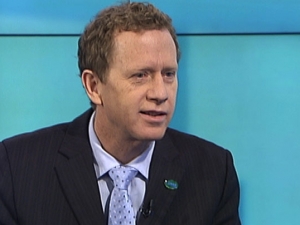 Labour rebuffs Greens plans to get closer
Labour yesterday rebuffed a proposal by the Green Party to present both parties as a coalition Government in waiting during in the run-up to the September 20 election.

The mainstream media headlines are nonsense. This is about language, from Labour-Green Government to Labour-led Government.

Labour led Government means a Government led by Labour that includes NZ First and the Greens with support from MANA (including any possible alliance with the Internet Party). What Labour are aiming for here is a win and the second political journalists start doing the Parliamentary math, they’ll soon click that the election is vastly closer than their opinion polls are proclaiming and appreciate that there could well be a change of Government in September.

The real possibility of Winston dealing with Labour is due to Matt McCarten’s personal relationship with Winston. At heart is what Winston wants. National and Labour will offer him baubles, my suspicion is that at 69, Winston wants legacy. The current debate over universal super fund that could offer billions in investment could easily be morphed into a fund that Winston launches to buy back NZs assets. That would be legacy. The billions could also be used to convert those assets as best as they can to the green economy the Greens want as well. It is the need for the Greens to reach out and make peace with Winston that is required if a serious attempt at replacing Key is to be contemplated.

So goes the strategy. But how the Greens will react to Labour’s clear positioning to include NZ First is the question. This strategic move is a reminder to the Greens of how badly Cunliffe really wants to win. The problem for the Greens is that this is starting to feel like their dreaded 2005, where NZ First negotiated a deal that locked them out of Government. The being outplayed by the more cunning has left the party with a little brother chip on their shoulder that could tip them over for a big fight. If the Greens start a war with Labour and MANA, it will embitter and fracture the political left in a way that will cost this election and possibly the next. Social media can become an unpredictable battlefront and much damage can be caused.

How should the Greens react? Their activist base and more aggressive supporters in the social media realms are itching to start fights and the temptation could be to do just that with all the resulting carnage that will cause. I hope that won’t be the case because the Greens are actually in a far stronger position than this looks and if calmer heads prevail a far better outcome can be achieved.

Labour has no choice but to include the Greens in Cabinet for a number of reasons. The first is that the Greens will have earned it as the third largest party and even Winston would concede keeping the Greens out of Government would simply be undemocratic. The second is that Labour’s Caucus is talent pool shallow when you are looking for Ministers. The Green MPs have the intellectual grunt and can argue convincingly that they deserve a higher proportional percentage of the Cabinet, especially if NZ First will be in the mix because sweet baby Jesus no one wants to see that cavalcade of political circus freaks anywhere near the leavers of power. Except that nice Tracy Martin. The third is the long game. NZ First past Winston won’t be around forever, the Greens will be.

What has to happen now is that the Green strategists need to start including the possibility of NZ First in the mix. If the Greens are serious about changing the Government, can they work with Winston and can they build some personal relationships with him before the election?

If they can, the Greens will still be in a position to implement serious green policy and build their ability in office.

Cunliffe’s best shot at being PM is to unify the opposition. The Greens don’t need to resent this decision, it is the best shot at replacing Key.