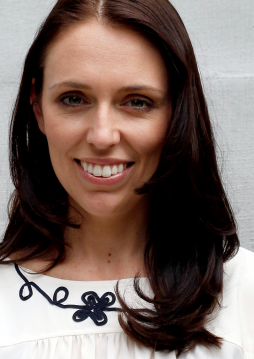 I love Jacinda, I do. It can’t be easy being a spokesperson for Police when NZers are so spinelessly agreeable to anything the cops do or say, but is this really all Jacinda has to say about the latest crime stats?

Crime stats not all they’re cracked up to
New crime statistics out today which show an increase in the number of sexual assaults, murders and property-based crime should concern all New Zealanders, Labour’s Police spokesperson Jacinda Ardern says.

“Sexual assault rates have jumped by 10 per cent and homicide and related offences are up 18 per cent.

“These are serious crimes and they have a huge impact on New Zealand society.

“While Ms Tolley may argue higher reporting rates account for the higher numbers of sexual assaults, resolution rates are falling, dropping from 53.8 per cent in 2012 to 51.8 per cent in 2013.

“The figures also show more homes are being burgled and more cars stolen.

“These might be considered ‘petty’ crimes, but they generally leave victims feeling scared and helpless

“Police are doing a great job, but they are being forced to do more with less, making it harder for them to focus on prevention first.”

…hmmm. Now while Jacinda can’t claim the crime stats are obviously cooked and Police have moved things around so that their political masters can calm the fears of middle class volk in NZ who drive the harder tougher sentences crap, one would have thought would one not, that Jacinda could have given a whole lot more punch here?

Some notes for Jacinda’s press officer…

-It shows an unacceptable lack of attention to sexual crime in this nation. After the failure by the Police to move on the roast buster rape club, which contained the son of a Police Officer, Police have still failed to make any traction on sexual crimes. By the way – how on earth has no one been prosecuted in that case, and will the NZ Police continue to lie about women coming forward to make formal complaints, and while we are at it, have all of margaret Bazely’s recommendations into the NZ Police sadomasochistic rape culture of the 1980s been totally implemented yet?

-It shows NZ Police still have much work to do in securing the appropriate counter balances. With the failed Teina Pora case where Police bullied a confession out of an immature young man, to the case last year where Police bullied into a suicide a cannabis activist, NZers need to trust that Police are using their powers within the standards expected of a 21st century democracy. I am concerned with the recent expansion of spying powers that the Police may well be breaching the rules but with so little oversight, and that’s why we need a truly independent police complaints authority resourced well enough to carry out all investigations.

–In light of a recent death in custody which the Police are still covering up and attempting to conceal, NZers need to know that people being arrested aren’t going to be beaten and die within Police custody. The family of Sentry Taitoko are still waiting to understand how their loved one died at the hands of the NZ Police. While the crime stats show hard work, the NZ Police must always be held accountable for the deaths of citizens while those citizens are in their authority. Disorderly conduct can not end in death in a Police holding cell, we expect more transparency and more honesty for the communities of Manurewa and for NZ.

…with so many valid concerns of the NZ Police force, from a new top cop who sings the praises of a corrupt cop who planted evidence to letting the pumped up alpha male goons of the NZ Police force loose on having hand guns, there is much to be critical of. Their obnoxious and sexist handling of the roast buster case demands far more in an election year than “Police are doing a great job, but they are being forced to do more with less, making it harder for them to focus on prevention first.”.