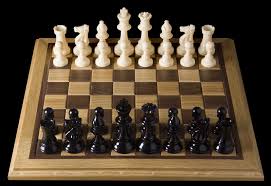 Read the tone of disbelief in this ridiculously biased story by stuff.co.nz this morning…

Remaining upbeat in the face of successive sliding polls, Labour leader David Cunliffe says the “left-right balance” will ensure September’s election is a tight one.

Two new polls published at the weekend held mixed results for National, but showed eroding support both for Labour and Cunliffe as its leader.

This morning he denied the polls were pointing to a one-sided affair.

…the mainstream media are so blinded by their own flawed landline polls that the idea the next Government will be Labour led is as unlikely to graduate reporters as Lorde doing a McDonalds advert.

Here’s what the msm don’t tell you. Based on the their past predictions, here is how far out their polls have been…

…these opinion polls don’t reflect public opinion, they manipulate them. Tell people that John Key will win by over 50% for 3 years and voters wanting change become disheartened and don’t bother voting. Our last election was the lowest voter turn out in over a century, allow the mainstream media to be dominated by hard right punditry and the rest is just a case study in how propaganda can be used to break peoples spirit.

So as far as the corporate media journalists are concerned, the election is in the bag and John Key is almost being given a moral mandate to lead as the biggest party. Of course, that’s all 1000% bullshit. Whoever has the majority in Parliament makes the decisions. If Labour+Greens+NZ First+MANA+Internet Party are the majority, then John Key doesn’t become Prime Minister.

This truth seems totally unknown to most political journalists and you can see how their hubris can lead to a meltdown.

Fast forward to September 20th. It’s election day, the flawed landline polls have continued to provide biased results, the expectation is National will win, all is well within the media punditry.

Then the results start coming in. Labour’s Chief-of-Staff Matt McCarten has played a strategic campaign. Waiariki goes to MANA and the Maori Party lose their other two electorates. They are shut out. Progressive voters in Epsom don’t vote for the Labour candidate or Green candidate and vote instead for National. Suddenly ACT are gone. National poll the highest of any other Party, but with only Dunne, don’t have the majority.

The spluttering on sets of the live election coverage are loud and angry. Anyone of the rabid right wing vampires put up to offer punditry start claiming that the gays, lefties, liberals, Maori’s, Unionists, Greenies have all conspired to cheat that good John Key out of his rightful place as leader.

The shockwave that hits National Party supporters as a victory 3 years in the promising doesn’t materialise starts a furious social media barrage of anger and threats.

There are demands for an ‘orange revolution’ protest march (probably made by Hooton) as every authority figure the right can find are thrown onto the Sunday morning media shows to proclaim all sorts of financial Armageddon that will occur when the markets open on Monday due to the uncertainty of the result.

The Progressive Left in NZ need to appreciate that even if we win in September, nothing is guaranteed. This election campaign will occur in the wake of the July Court case with Kim Dotcom where evidence will be provided that will be deeply damaging to John Key. At the same time the Edward Snowden revelations will be surfacing.

This election could be unlike anything we’ve seen before.