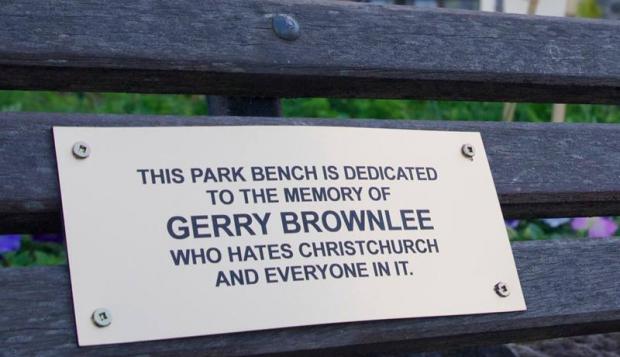 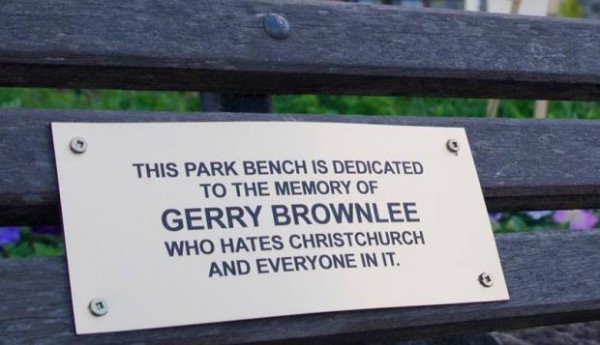 That explains a lot.

It aligns with his comment last year that the rental crisis was “best left to the market”.

People are facing their fourth winter since the earthquakes, many in cold, damp, flooded, broken homes.

The number of homeless (by the official government definition) is over 5000.  Some, including children, are still sleeping in cars, tents, garages, caravans and on other people’s couches.

We have a significant lack of supply which is contributing to massive rent increases (31% in 3 years).  And rents are expected to continue to rise.

22% of households in rental accommodation spend 40% or more of their income on rent. The cost of housing is pushing families into poverty, with budgets stretched to breaking point.  For too many, after paying the rent there isn’t enough to pay the bills or afford adequate food.  Older people aren’t turning on heating because they can’t afford it.

The lack of supply has also led to an increase in house prices, pricing many people out of the Kiwi dream of owning their own homes.  National has announced plans to build 275, $500,000 “affordable” homes.  Two problems with that: 1) the Government is thinking too small scale and tinkering, and 2) Christchurch is a city where 50% of peoeple have an income below $29,000 per year – $500,000 is not an affordable home for most people.

Home ownership in Christchurch has dropped to 64.8%.  We know that home ownership (or long-term security of tenure) has a major impact on educational and health outcomes for children—which is why it used to be government policy to encourage home ownership.

The standard of housing in Christchurch is dropping with many taking their insurance pay-outs and then selling broken homes “as is, where is”.  Investors are then buying them and putting people into these broken homes without doing earthquake repairs.  And overcharging tenants for the privilege.

Three and a half years after the quake, too many still have unresolved EQC and insurance issues.

Many Housing NZ and Council housing units are yet to have their earthquake repairs – hundreds sit empty.

And we lack builders and tradespeople to build the houses necessary to increase supply.  We need 5000 apprentices/trade trained people now – just to stand still.

Add to that the increased cost of power. It is a recipe for an increase in poor health.

The CDHB is very concerned about the long-term health implications of the housing crisis and have advised the Government to improve housing quality and facilitate the provision of affordable housing.

They’ve also spoken out about the housing crisis for the mentally ill.

There is a housing crisis, and it demands urgent attention.

We must ensure homes are warm and dry.  Labour has announced a Healthy Homes Guarantee – a minimum standard required to rent out a house including adequate insulation and heating.

We must ensure we train people who can then rebuild our city.  Labour will turn the dole into apprenticeships to speed up the number of people trained in trades.  It will also give our young people who are not in employment or training hope for a better future and prevent the need to import larger numbers of overseas labour – which will put even more pressure on housing.

All people should have access to adequate, safe, secure, sustainable and affordable housing. No one should be prevented from establishing a decent home because of low income.

Housing will be a dominant issue in the 2014 election for Christchurch.  Labour has solutions to the crisis.  The National Government is doing the bare minimum because it doesn’t believe there is a crisis, doesn’t believe it requires urgent attention, and believes the market will sort it out.  They’re wrong.