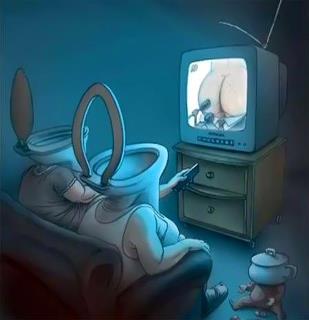 BRIAN EDWARDS AND PHIL WALLINGTON are a pair of living fossils. Professional broadcasters from the golden age of producer-driven television, they stumble through the toxic media environment of the early twenty-first century like a couple of old Tuataras – flesh-and-blood remnants of a long-dead epoch.

But they can still bite.

Edwards’ posting began with a challenge:

“The following report by TV3 political editor Paddy Gower appeared on the channel’s 6pm bulletin last night. Setting aside as best you can your political prejudices, please answer the following question: Is this journalism or a party political broadcast on behalf of the National Party?”

Wallington, in similar vein, told Jim Mora: “We’ve got this incredible situation on TV3 where Patrick Gower and Brook Sabin, as a tag-team, seem to be working themselves up into some sort of weird frenzy. Last week I was absolutely appalled and gobsmacked to see a piece that they led the news with – it was a big secret revelation about Kim Dotcom ….. Here we have a piece of tosh, and that’s what it is, something straight out of the sewer. It came from the Whaleoil blog, and it appears to me that there is a very nasty collusion between TV3 News management and the political reporters and Whaleoil. And it goes back into Key’s office, because Key says that he often talks to Whaleoil, they exchange confidences, and they get stories going either way.”

Edward’s and Wallington’s outrage reflects their journalistic coming-of-age in the late-1960s and early-70s. As noted above, in New Zealand and Australia (Wallington’s homeland) the USA, Canada and the UK, these were the years of producer-driven television, during which the news and current affairs divisions of both the public and private networks achieved their maximum levels of editorial independence and democratic efficacy. Television journalists brought the world into people’s living-rooms with an emotional force that print journalists could not match and which was capable of inflicting enormous damage on the political and cultural myths to which the vast majority of the population were strongly attached. The Viewers were not always appreciative.

It was the American essayist and poet, T.S. Eliot, who said that “humankind cannot bear very much reality” and certainly as the great post-war boom faltered and people began to worry about their children’s future, television producers’ determination to rub their noses in the blood, sweat and tears of reality became increasingly wearisome. As the audience for Things As They Are dwindled, the ratings for Things As We Would Like Them To Be grew by leaps and bounds.

Intellectuals all over the English-speaking world take huge delight in deconstructing contemporary television news and current affairs. They decry the “dumbing down” of public discourse and the introduction of “tabloid” news values into what should be serious and rigorous journalism. That people find politics “boring” troubles them deeply and they lament the loss of the sort of programmes that broadcasters like Brian Edwards and Phil Wallington used to make. More than a few of them would have shed a quiet tear this week as “the rock” of Radio New Zealand – National’s Morning Report, Geoff Robinson, gave them his last “goodbye”. Over the dulcet notes of Robinson’s favourite bird, the Kokako, many of them would have heard the sound of barbarians pounding upon the public broadcaster’s gates.

The truth of the matter, however, is that the things that Edwards and Wallington deplore: tabloidism; stories “straight out of the sewer”; the gross dumbing-down of political reporting; and the unholy alliances forged between senior politicians, editors and press gallery journalists; all have been a constant feature of the New Zealand news media for pretty much as long as there’s been such a thing.

It is a sad but indisputable fact there has never been a strong tradition of media independence in New Zealand. In 1951, when the first National Party prime minister, Sid Holland, brought in the infamous “Emergency Regulations” to crush the Waterside Workers Union, not a single editor employed by the more than 150 daily and weekly newspapers then published in New Zealand was willing to risk dismissal and/or arrest in the name of defending the freedom of the press. Every one of them meekly acquiesced to having a burly Police sergeant looking over their shoulders to make sure that nothing remotely sympathetic to the locked-out watersiders was published.

Nor is Paddy Gower the only Press Gallery journalist to be on the receiving-end of “useful” information emanating from offices in close proximity to the Prime Minister’s own. (Or, for that matter, from offices close to the Leader of the Opposition’s!) With television supplying the lion’s share of what scant political news the electorate still has stomach for, it is hardly surprising that its political editors are courted and feted by the Powers That Be.

Edwards and Wallington are right to be appalled and gobsmacked at the state of political journalism in this country, but they are wrong to blame the politicians, TV news and current affairs chiefs, and their reporting staff for its declining quality. If New Zealanders wanted more and better political reporting – they would have it. No other medium on earth is as sensitive to the tastes of its audiences than television. The truth is that we have grown as addicted to fast and spiced-up information as we have to fast and spiced-up food. Sound-bites and chicken-nibbles are products of the same cultural kitchen.

In the immortal words of Walt Kelly’s comic-strip hero, Pogo: “We have met the enemy and he is us.”