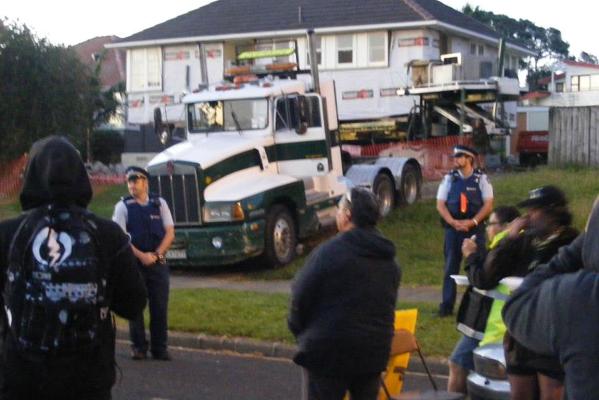 On the 14th of April 2014 Housing New Zealand as a state agency for the provision of Social Housing is to be abolished, and the $15.1 billion dollar State House asset will be transferred to WINZ and private sector charities and Iwi groups.

The last great privatisation
The State Housing asset worth is worth $15.1 billion and is one of the government’s biggest remaining assets, housing approximately 200,000 people and returning to the government roughly $100million per annum which is regarded by accountants as a very poor return on investment, but though being a relatively small return on investment it is set to get worse.

Turning a profit into a loss
Housing New Zealand returns to the government accounts, $100, million per year in profits. But this is to be deliberately turned into a planned $100 million deficit by 2020, as subsidies paid to private sector landlords increasingly replace state housing as the leading way of offsetting exorbitant private sector rentals resulting from the housing bubble. (The housing bubble itself increased by the greater number of property investors over home owners. ie those who own two or three or more houses, over those who don’t own and have to rent.) This is obviously unsustainable and this bubble will eventually crash as the government cannot continue haemorrhaging money to the private sector landlords indefinitely.

As cold as charity – Removing tenure
Secure housing as a right, is set to become charity to be dispensed at the tender mercies of WINZ and private sector charities. To this end on the 14 of April with the end of Housing New Zealand all State tenants will have their tenure removed and will be put on to short term reviewable contracts, some as short as 1 year. Under the new tenancy contracts being forced on the state tenants, tenants can be evicted on 90 days notice for no reason with no explanation.

As of May 2012 there were 2,016 high priority applicants on the waiting list for a state house. Rather than housing these people the existing State housing asset is being systematically whittled down.

To protest the end of Housing New Zealand and the end of tenure, Tamaki Housing group is calling for a protest tomorrow Thursday March 3 in Glen Innes. Gathering outside 16 Taniwha Street, at 5.30pm, to begin at 6.00 to march to the Glen Innes centre.

Pat O’Dea is a MANA candidate and passionate social justice activist who has been fighting for the rights of state house tenants.