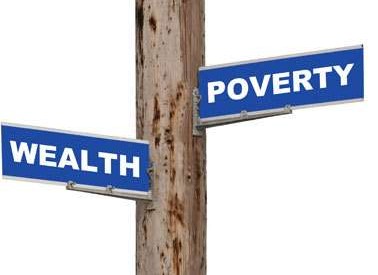 It’s no surprise to learn from the Herald poll reported yesterday that most New Zealanders believe the gap between rich and poor is growing under National.

The report says in part:

Forty four per cent of the 750 New Zealanders surveyed this month said the gap between the rich and poor had got a lot bigger over the past six years.

One-third of those surveyed felt they were now better off financially since National became the Government, 30 per cent said they were about the same and virtually the same number said they were worse off. Eight per cent were unsure or didn’t know.

The online Herald survey with the poll, despite its inherent right-wing bias, shows 48% believe National has handled inequality badly with “too many polices (which) only benefit the rich”.

It’s easy to see why people think this way.

In every area of the economy National’s aim is to strip wealth and income from low and middle income earners to put double linings in the pockets of the wealthy.

New Zealand is one of the most unequal countries in the OECD and making our way steadily to the bottom.

So why is National still so high in the polls if New Zealanders care about inequality? Because there is still no contest with Labour on the rich/poor divide. The National-lite party – Labour – recently removed a full $1.5 billion in policy relief from low-income families – reversing its previous plans to take GST off fresh fruit and vegetables and make the first $5,000 of income tax free.

Cunliffe’s response to the poll was weak:

“That’s why things like a capital gains tax and a lift in the top marginal tax rate will provide resources that can be given to give a hand up to the more vulnerable and help close up some of those gaps.”

Those two policies would give some extra resources but the amounts Labour are talking about are pathetic compared to the structural changes in the economy needed to get the 1% off our backs.

No wonder Labour languishes – rudderless and directionless, mired in the 1980s.

Like National, the only direction Labour MPs are sure of is the path to the corporate boxes at Eden Park.