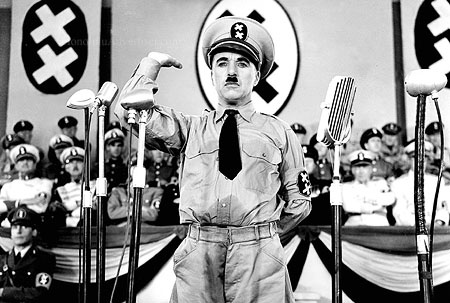 Defamation! Corruption! Sleaze! Incest! Nazis!? Only a few weeks into the 2014 election campaign, Hitler made an entrance. Given the bizarre twists and turns to date, one could ask “What took you so long?”

On one level, ‘news’ that Kim Dotcom owned a signed copy of Mein Kampf unfolded like the famous Fawlty Towers ‘Don’t mention the war’ episode. Dotcom (real name Schmidtz) is a German. For some, like Basil Fawlty, this fact alone is indicative of Nazi sympathies. For many in the media, ownership of that book, autographed, is proof-positive that our local German squillionaire is a Nazi. In a guilt-by-association slur campaign worthy of Goebbels, they put in the jack-boot. Even John Key’s Austrian Jewish mother was mentioned.

The NZ Herald editorial urged Dotcom to “rethink ownership of Hitler book”. Apparently, ” Ownership of such books may be a harmless hobby for the everyday person but as a public figure, it can never be so” So, private everyday nobodies who have the money to buy much-sought-after, extremely pricey, collectible manuscripts are at liberty to do so. “But it can never be so when the owner is putting himself forward as a public figure, as Mr Dotcom did in launching the Internet Party the day after the Mein Kampf revelation. In that circumstance, possession of the book can never be anything other than unwise, given it is so closely associated with the Holocaust. When the owner is, to boot, a German national, it raises real issues about his very state of awareness.” It is Basil Fawlty-logic: German national + signed copy of Mein Kampf = Nazi sympathiser.

Kerre McIvor was troubled, asserting in her weekly NZ Herald column that “suggestions that books are bad are evocative of book-burning demonstrations – demonstrations the like of which the author of Mein Kampf was particularly fond. And we all know where that led.” Fran O’Sullivan too was dubious (Dotcom puts Harawira’s principles on the line: NZ Herald): “So what? Mere ownership doesn’t make him a Nazi sympathiser. (I own a Chinese tract signed by the disgraced Bo Xilai and that doesn’t make me a Communist either). This issue will remain a red herring unless evidence is made public — not merely hinted at — that Dotcom is a closet Nazi and anti-Semitic to boot. Until then there is no game-changer.”

Of course, this is an election year and evidence that Dotcom is ‘a closet Nazi and anti-Semitic to boot’ might be hard to come by. Until then, insinuation will do just as well it seems. Colin Espiner let rip in the Sunday Star-Times (Dotcom logs on for a Fight): “It isn’t a crime to buy a copy of the autobiography of one of the 20th-century’s most monstrous figures, unless you live in France, Germany, Austria or Hungary – which ban the sale of Nazi memorabilia. And there are legitimate scholarly reasons for owning a copy of Mein Kampf. No doubt the book is in most major libraries in New Zealand (It is, including the Parliamentary Library, but who cares? SP). But let’s be honest. Owning a rare first edition personally signed by Herr Hitler and gifted to Hermann Esser, one of the founders of the hated and feared Third Reich, is just a little bit creepy. Actually, given Dotcom’s German nationality, it’s more than creepy. It’s boorish, stupid, crude, and unthinkably insensitive. Most Germans would rather collect excrement than have anything to do with a regime they remain deeply ashamed of to this day.” Once again, Basil Fawlty-logic: German national + signed copy of Mein Kampf = ‘more than creepy: boorish, stupid, crude and unthinkably insensitive’. Time Magazine (who, shock-horror-probe, selected Hitler as their 1938 Man of the Year), recently reported that “A signed, two-volume set of Adolf Hitler’s “Mein Kampf” sold for $64,850 Thursday, nearly three times its expected sale price, according to the auction house that put the books up for sale.” Creepy? It seems Dotcom is not alone in his desire to ‘collect excrement’. And such expensive excrement!

After much sturm und drang, Espiner reluctantly notes that “Dotcom’s response to the revelations of his Nazi links is to play the victim and accuse his opponents – principally the National Party – of a vicious political smear. Which of course it is. National wants Dotcom out of the picture and preferably out of the country.” EH??? What’s that??? National is engaged in a vicious political smear??? National is invoking Hitler and the Holocaust for political purpose???  One might hope that a journalist with such an obviously highly-attuned moral sensibility would be outraged at such a ‘ creepy, boorish, stupid, crude, and unthinkably insensitive’ tactic. Surely, shhhhhurely, something is sacred.

In the Herald (No app yet for political scrutiny), Toby Manhire records that ” The timing of revelations that Kim Dotcom owns Nazi memorabilia could hardly have been worse, coming on the eve of the launch of his political enterprise, the Internet Party.” In ‘ Labour view left right out’ (NZ Herald), John Drinnan joins a few more dot-coms: “The influence of Whale Oil was apparent on Wednesday night, when TV3 parliamentary reporter Brook Sabin revealed that Kim Dotcom owns a rare, signed copy of Adolf Hitler’s Mein Kampf – a founding document for the Nazi ideology. Sabin, a promising young journalist, asked Dotcom if owning the book meant he agreed with Hitler. Dotcom said he was no Nazi, and was simply a collector of such texts. A few minutes later the pro-National blogger Cameron Slater – an assiduous Dotcom critic – “coincidentally” posted about the Hitler book on his Whale Oil website. It appears Slater sparked the item, with his inquiries prompting Dotcom to feed the story to TV3, hoping to get in first.”

In Drinnan’s view, “hanging over the TV3 report was the totalitarian notion that someone who owns a book such as Mein Kampf has something to answer for. What’s next – searches through MPs’ bookshelves to see if they include any unwholesome reading material? TV3’s Sun-style tabloid treatment would have slipped by, had not political editor Patrick Gower weighed in and hyped the Mein Kampf issue even further. He thought the Nazi memorabilia gave Prime Minister John Key the upper hand against Dotcom, and even alluded to Key’s mother being an Austrian Jew.” Someone has something to answer for in all this. And it’s not Kim Dotcom.

The Prime Minister has already announced his close connections to Cameron Slater. Indeed, late last year, we all discovered that the PM’s top drawer has the low down on the behaviour of his political opponents. During the ‘Len Brown sex scandal’, Felix Marwick reported for NewstalkZB that ‘John Key has told media he’s regularly had people come to him with details on other politicians. “And I’ve done the same thing to every person that’s rung me. I’ve written it down, put it in my top drawer, and kept it to myself. “I’m just not interested in engaging in it.” This week, one could be forgiven for suspecting he became a little more interested in engagement.

“National wants Dotcom out of the picture and preferably out of the country.” This “vicious political smear”, coming on the eve of a launch of new political party opposed to National, raises the ugly spectre that the PM is not above using Nazis, Nazi tactics and, by ghastly association, his own mother for political gain. Nothing is sacred.