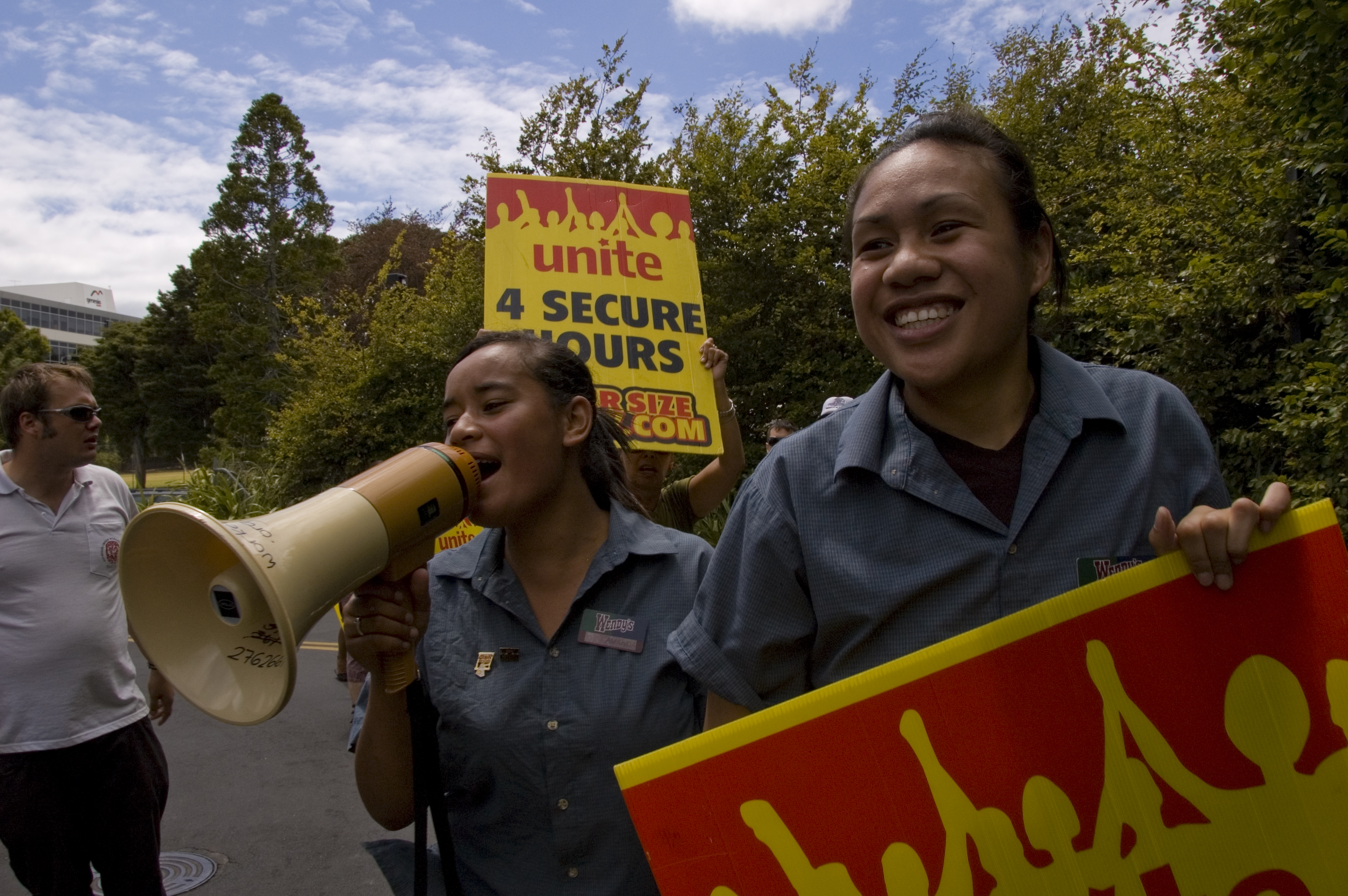 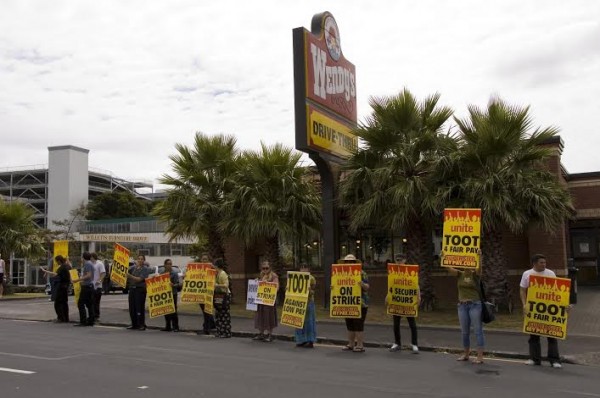 Workers have been cheated out of their lieu day entitlements for working on a public holiday at several fast food companies.

By law, workers are meant to get one full day as a paid “alternative holiday” (also called a lieu day) if they work any period of time on a public holiday – if that day is usually a working day for them. So, if the public holiday is on a Monday and I usually work Mondays, I should get paid time and a half for all hours worked and get another full day’s paid leave.

The alternative holiday can be taken at any time mutually agreeable to the employer and employee, and is paid at the employee’s relevant daily pay or average daily pay (where applicable) for the day taken off.

We have discovered that Wendy’s has adopted a policy of only giving a lieu day if the worker has worked three out of the four previous same days. For example, if the holiday is a Monday the worker has to have worked three of the previous four Monday’s. Then to make sure no worker gets a lieu day, it seems they roster workers off one of the Monday’s just to prevent them being eligible.

But this “policy” is not known to workers and doesn’t appear to be written down anywhere. The end result is that Wendy’s workers never get a lieu day or alternative holiday. We don’t believe such a policy is lawful.

McDonald’s have also been caught out. It seems their payroll system didn’t recognise that people had worked on a public holiday if they worked only a minority of their shift on the public holiday.

One worker we represented started work at 10pm on Monday 27 January – Auckland Anniversary public holiday. He worked until 7am on Tuesday. So he was deemed by payroll to have worked on Tuesday not Monday. However, the law says that any time worked on a public holiday creates an entitlement to a full day’s alternative holiday if it is “an otherwise working day”. In the end the company agreed and the worker has got their lieu day.

But this “payroll policy” will have affected hundreds of workers on the graveyard shifts. We have asked the company to look into other cases where this has happened and are waiting for a response.

Workers need to keep a careful watch over their legal and contractual entitlements. We have discovered again and again some of the biggest companies in New Zealand violating laws over legal minimum wages, breaks, and holidays.

We have legal cases pending over missed breaks at McDonald’s and a failure to pay minimum wages at major hotels which will be reported on in the future.

These cases may help blog readers get an understanding of how low even major brand companies are willing to go to cheat their workers out of a legal entitlement .