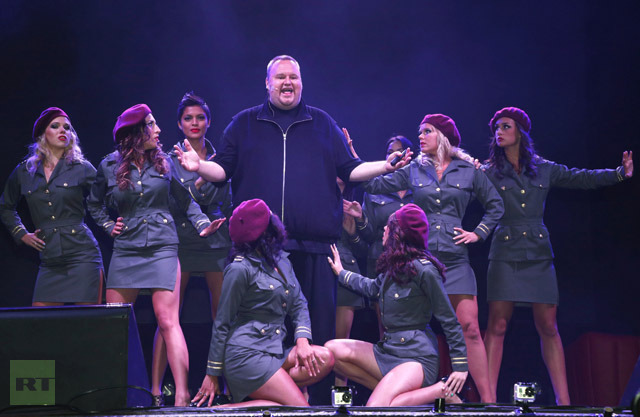 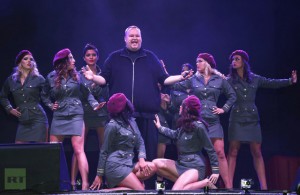 Internet tycoon Kim Dotcom plans to launch his long-heralded political party Thursday, after what can only be described as a stuttered planning phase. To get Parliamentary representation it is most probable Dotcom will need the assistance of other established parties.

On Sunday, the New Zealand Herald published a feature report by Jonathan Milne (ref. 1 and 2), suggesting that the Kim Dotcom Internet Party may form an alliance with the Mana Party – a move that would almost assure Dotcom of having his party represented in Parliament after this year’s elections.

The problem is, the plan miscalculated how Mana’s top positioned politicians remain skeptics of Kim Dotcom’s motives. And for good reason.

Audio of Selwyn Manning’s Across The Ditch bulletin with Peter Godfrey on 5AA Australia this morning.

We all know the Mana Movement is primarily a Maori affiliated party, located on the left of New Zealand’s political axis. It is also primarily a party that develops its solutions to inequality in Aotearoa through its observation of class and alienation. The rationale goes that if you get things right for Maori, then you get it right for all in New Zealand who have been shoved out of the road by their money-rich and politically-powerful establishment-fawning compatriots.

Mana’s policies also are very much designed to address inequality within the extremes of rural and urban society. Its movement has already given voice, hope, and mana to disenfranchised people in south Auckland, Glen Innes, in the East Cape Waiariki areas and most significantly in the Far North Te Tai Tokerau.

It is vital to note how the Movement’s politicians have committed their lives to political activism, much directed at getting the National Party, and, Labour’s old Backbone club factions, out of office.

There in lies the problem for Dotcom.

When Kim Dotcom first arrived in New Zealand, he and his wealth found comfort in the friendship of New Zealand’s right wing politicians… that is until the FBI traveled to New Zealand, used our spy agencies to illegally target him, placed him under constant surveillance, banged him up in prison for a time while his wife and little children were left wondering what was to become of them and their Kim.

And we all know the story of how when Dotcom found himself banged up in remand prison, he sought help from his powerful right wing politician friends… But he soon realised these were fair-weather friends who had deserted him. Ironically, it was New Zealand’s more liberal-left aligned people who began to argue for his liberty and against authoritative surveillance in general.

Since then, his attempts to resist being extradited have become a challenge, and it looks a strong possibility his extradition order may become a reality and be decided by whoever is the Justice Minister/Immigration Minister after this year’s September 20 election.

So it seems to me, Kim Dotcom is understandably desperate to gain political representation. He hopes his popular support, particularly among young and tech minded Kiwis, will turn into votes. The gambit plays that should his party make it into Parliament, then he may help determine who the next government will be.

If he is part of a post election coalition deal, then you can bet Kim Dotcom’s bottom line will be a promise that he will not be extradited to the United States on those charges including alleged copyright infringements, money laundering.

He launches his party today. The Internet Party. It will be big news for all the reasons detailed above.

Will Dotcom shed his economically right wing leanings, and dedicate his party to advocating the same kind of policies as Mana?

Will he help address poverty in this country?

Will he come up with policies that solve the digital divide problems?

Will he find a home with New Zealand’s most left and pro-Maori parties?

Will he be able to convince the hardened political activists that make up the dna of the Mana Movement that he has their best interests at heart rather than his own?

Yesterday, Mana all but closed the door on Dotcom (see its leader Hone Harawira’s statement).

But for the gambit to work, this larger than life public figure needs to seek mega support from the 18-35 year-old Kiwi voter, while slipping into a new character, who connects to the poor, becomes a co-leader of sorts who will pave the way for those who just want to reach their potential.

But how can a man who is flanked by stern body-guards and the cloak of disproportionate wealth reach out a large-manicured-hand to touch the cheek of an 18-year-old kid from Manurewa, promise her the internet, the world, while hunger and getting something to eat for her two kids is her preoccupation. Mega and show biz doesn’t come into it. The apparition does not resolve the impact of class here, it accentuates it, magnifies how wide is the ditch.

And that was the message driven home to Mana’s executive on the weekend, underscored by the comment Kim Dotcom made to the Herald On Sunday that he could work with National, that it was just the Prime Minister’s attitude that was problematic.

You could hear the door slam shut. As Vernon Small wrote this morning, the Dotcom Internet Party party lacks a vital guest.

So, the Mega boss will pitch the party’s purpose to the interests of the high-tech and progressively ICT savvy voter. Is there five percent in it? Or will this mega-wealthy German tycoon discover that beyond his target demographic, the tall-poppy-syndrome lives on within this country’s DNA? And will that spectre be more crushing for him than a FBI agent’s jackboot?

My guess is he will find out soon enough.