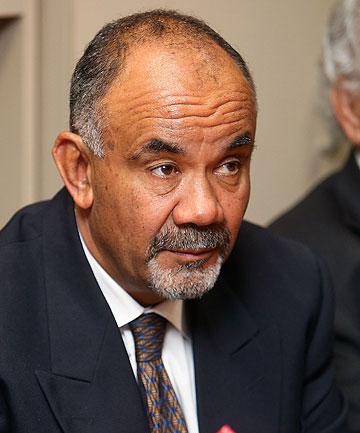 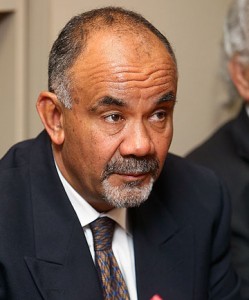 Te Ururoa Flavell must have a death wish.

The Maori Party co-leader indicated this week he would once again back National if the Maori Party gets MPs into parliament. There was no criticism of John Key or the government. Just a supplicant’s plea to be noticed after the election votes are counted.

The extraordinary story says in part:

Maori Party co-leader Te Ururoa Flavell has indicated his party would back National again if it wins the most votes at September’s election.

Mr Flavell says the party would need to wait and see what happens at the election before making any decisions.

As has happened previously, Mr Flavell says the party would go back to its supporters to determine which major party it should support.

But he says the party that wins the most votes would have a greater chance of getting the Maori Party’s backing.

“It would stand to reason that if one party has a greater majority than the other single parties then the sense would say that you would probably go with them,” Mr Flavell told Radio New Zealand.

This is no surprise to anyone who’s watched the Maori Party in recent years. It’s been a beggar at the rich man’s table – attending to National cap in hand and waiting quietly to be noticed and hopefully for a few crumbs to fall into the Maori Party’s begging bowl.

There’s barely the pretence of dignity – just a modern-day colonial scene so degrading to Maori and so loved by National. These are the “friendly Maori” of yesteryear.

Commentators have been saying for a long time that the Maori Party has to put the boot into National and distance itself from the government’s policies which have driven tens of thousands of flax-root Maori families into deepening poverty.

Since the Maori Party joined up with National Maori unemployment has increased from 8% to 14% but not a word of criticism from Flavell or the Maori Party.

But instead of criticism they sit quietly at National’s side and ask us to judge them on the size of the crumbs in their bowl.

Surely it can’t be as simple as Flavell being blinded by personal ambition for a ministerial role and a big increase in salary? Surely the man is bigger than this. Or has he a death wish?

I’ve said before that if one were to pick an electorate which could decide the 2014 election it would have to be Waiariki where Mana Movement President Annette Sykes is mounting a determined campaign to unseat Te Ururoa Flavell and bring an end to the Maori party and its support for National.

On current polling this would mean three less votes for National and at least one more for a Labour, Greens and Mana supported change of government. With a close election the vote in Waiariki will be critical.