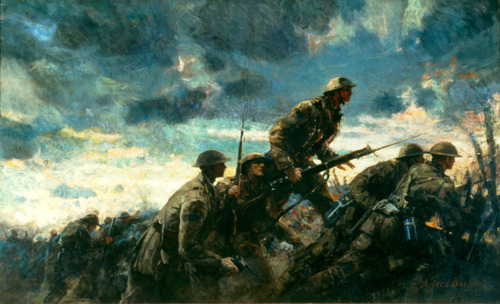 I SUPPOSE by now I should be accustomed to my comrades on the Left criticising me for the twin sins of inconstancy and defeatism. As far back as the mid-1980s, when I was privileged to pen the National Business Review’s “By the Left” column, I was constantly fending-off the slings and arrows of outraged Labour Party members and alarmed trade unionists.

“Why do you write about your own side like that?”, they would ask through gritted teeth. “Whose side are you on?”

In vain would I attempt to explain to them that the journalist’s first obligation is to tell the truth.

“If I fail to address the weaknesses – as well as the strengths – of the Labour Movement,” I would say, “my readers will very soon dismiss me as a hack; a cheerleader; or some professional politician’s unacknowledged mouthpiece. I will lose all credibility and very soon everybody except my family and friends will stop reading me – and with good reason!”

The way I like to think of journalism and political commentary is as the ordinary citizen’s intelligence service.

Governments maintain elaborate intelligence-gathering organisations to keep themselves abreast of what is happening both externally and internally. Corporations do the same. Many people think of lobbyists as people who badger politicians into giving their corporate employers what they want. But that is only a small part of their job. Lobbyists are also spymasters – running a host of agents/informants inside the bureaucracy, the news media, political parties and some of the more effective NGOs.

Why? Because information is power.

In a democracy, power is supposed to lie with the people. So, if information is power, then it stands to reason that democracy functions best when people are equipped with as much information as possible.

At this point it is important to define what information is – and isn’t. When using the word, I am referring to forms of communication based upon hard evidence, verifiable data and/or inferences founded in the direct observation and reasonable interpretation of people’s deeds and words.

Obviously, there is a vast difference between information and propaganda.

We are constantly surrounded by propaganda which, tellingly, is characterised by everything information is not. Propaganda does not rely upon hard evidence or verifiable data – indeed propagandists do not shrink from fabricating their own “evidence” or distorting the data. Inferences and assertions are made by propagandists without the slightest reference to directly observed events, and their conclusions owe virtually nothing to the reasonable interpretation of other people’s words and deeds.

The providers of information attempt to convince their audience by appealing to the rational faculties of the human animal. The propagandists approach is more visceral: their purpose is to ignite the most powerful human emotions: indignation, rage, pity, disgust. The providers of information want people to think – to judge. The propagandists want people to feel – to act.

It is no accident that the rise of mass societies and the growth of propaganda occurred together. As the population of cities burgeoned from thousands to millions in the space of just a few decades, the questions that plagued those whose business it was to govern these masses of humanity were: “How much should we tell them? How much do they need to know?”

One of the persons who attempted to answer these questions was the celebrated American journalist and political commentator, Walter Lippmann (1889-1974).

The “manufacture of consent” declared Lippmann, must become a “self-conscious art and regular organ of popular government.” The whole process to be managed by a “specialised class” dedicated to the “common interests” of society, which “very largely elude public opinion entirely”. The “responsible men” to whom the operations of society are entrusted, he concluded, must “live free of the trampling and the roar of the bewildered herd.”

The crucial mission of public relations in liberal capitalist democracies was, therefore, to ensure that “the herd” remained passive “spectators” of the political process, and not active “participants”.

A contemporary of Lippmann’s, the philosopher John Dewey, cut through this elitist humbug with the pithy observation that modern politics was “the shadow cast upon society by big business.” If Dewey is right, then the key role of propaganda as it has developed over the past century, is that of reconciling society to living in the dark.

My entire professional life has been dedicated to combatting the colossal cynicism implicit in Lippmann’s notion that “responsible men” should be able to “live free of the trampling and the roar of the bewildered herd.” My mission has always been to reduce the bewilderment of ordinary people to the minimum by informing them, to the maximum extent of my powers, about the actions of “responsible men”.

That mission has to include those who purport to be the defenders of ordinary people’s interests as well as those who pose a threat to those interests. If the strategies and tactics of those who are asking you to go into battle are deficient, then surely it is better to know than not know? Unless, of course, you subscribe to the sentiment contained in Alfred Lord Tennyson’s famous poem The Charge of the Light Brigade:

Was there a man dismay’d?

Not tho’ the soldier knew

Theirs not to make reply,

Theirs not to reason why,

Theirs but to do and die:

Into the valley of Death

Hundreds of thousands of young Englishmen, Canadians, Australians and New Zealanders went “over the top” between 1914 and 1918 with Tennyson’s words ringing in their ears. A whole generation of young men was wiped out and the world deprived forever of the individual contributions they might have made to art, science, medicine, music and literature – not only by the weapons of the enemy, but by the utter ignorance and indifference to suffering of their military and political leaders. Had they acted less like bewildered herds of sheep being led to the slaughter, and more like responsible men unwilling to cast away their lives and talents unnecessarily, what a world it might have been!

This year, as we commemorate the hundredth anniversary of outbreak of the First World War, the very best tribute we can possibly pay to those who lost their lives is to pledge that we will never do what they did. That we will always make reply; always question why. And that we will heed the advice of the Chinese philosopher and military strategist, Sun Tzu (544-496 BC) to do everything we possibly can to understand not only our enemy – but ourselves.