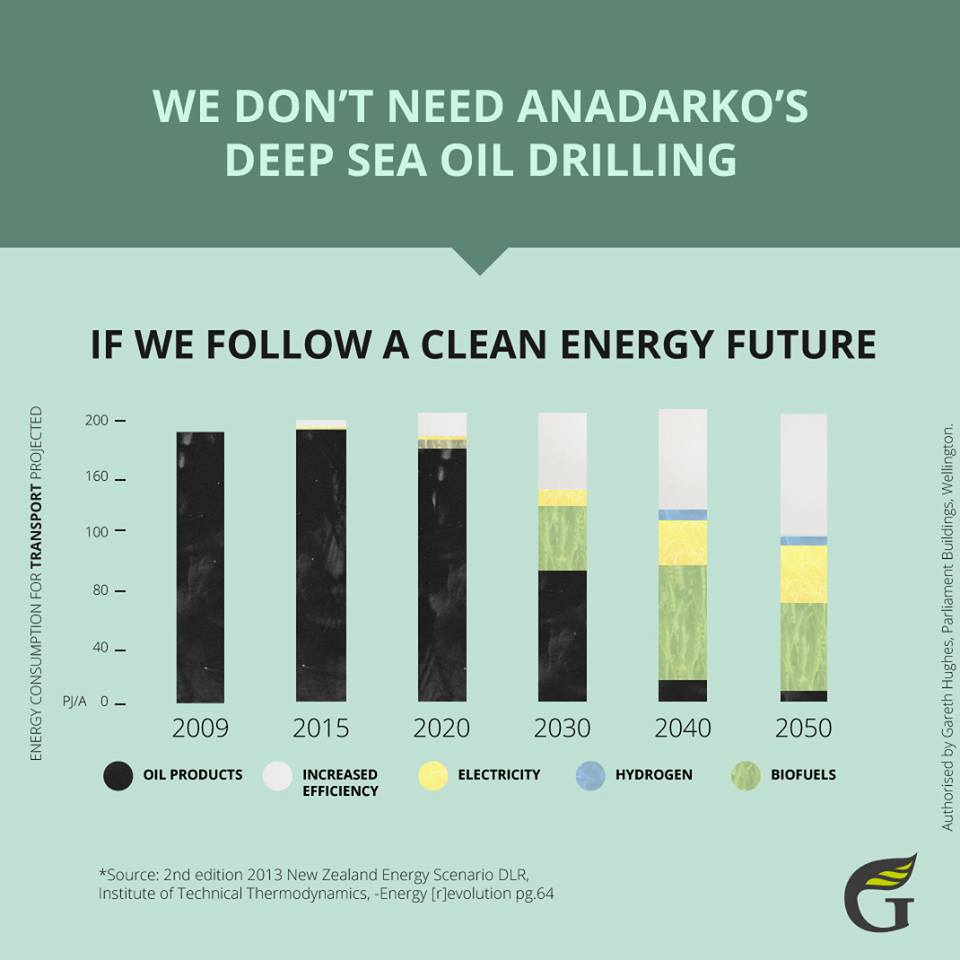 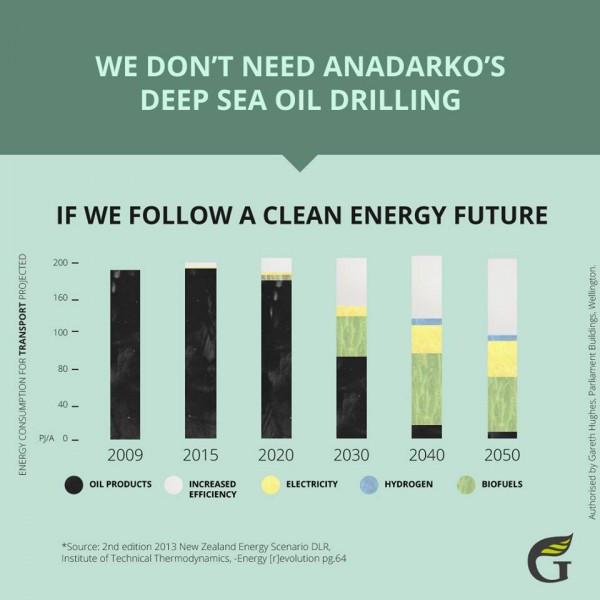 Today I farewelled Texan oil drillers Anadarko and said a resounding ‘kia ora’ to clean energy at Parliament. I passed over thousands of messages from ordinary Kiwis demanding a clean energy future to the National Government and Anadarko, gathered over summer on beaches across New Zealand.

Anadarko is sailing its deep sea rig to the Gulf of Mexico after drilling two very deep wells off the coasts of Raglan and Otago and not finding any oil. All those breathless government claims there could be billions of dollars of oil under our waves have come to nothing. Instead what we’ve seen is the Government pour tens of millions of taxpayers’ dollars down these wells in the form of tax breaks and subsidies. For what?

This Election Kiwis face a real choice over energy direction. On one side National backs risky deep sea drilling and fracking; simply offers excuses for a 20% increase power price rises under their watch and 42,000 people’s electricity disconnected in the last year; and has made an expensive mess of selling off the energy assets. They talk up renewable electricity generation but we still have less renewables as a percentage of generation than New Zealand did in 1980 or 1990, yet meanwhile the Prime Minister is opening new power stations driven by fracked gas, and emissions from coal-fired generation were up 463% compared to 1990! National’s slogan could be more expensive, dirty energy with less energy freedom.

On the other side the Greens stand for cheaper, cleaner, energy freedom. The Green Party is the only party in Parliament actively pushing a truly clean energy future for New Zealand. We’re ready to put policies in place to achieve a 100% renewable electricity system. We’re supporting research into the potential of biomass, biofuels, and energy from waves, tides and currents. We’re proposing policies to ensure people can generate their own power at home and be paid a fair price for it when they sell it back into the grid. Our vision for employment in the smart, Green economy includes Kiwis installing insulation under people’s roofs and solar panels on the top.

If you care about jobs, there are four times more jobs in clean energy than fossil fuels. If you care about profits staying in New Zealand, the Government’s own reports predict 90% of profits from oil flowing offshore. If you care about our economy, the National’s Party energy policy theorises we could we see $4-12 billion from ‘possible’ oil yet PWC estimate we could see almost double that, $7-22 billion, from taking advantage of existing clean energy technology.

As Anadarko sails away empty handed it’s time to question the energy direction New Zealand has embarked on. No matter how many subsidies they pour down these risky deep sea oil wells we’ll never be the South Seas’ Saudi Arabia, but we can be global leaders in clean energy and build a richer future for Aotearoa.