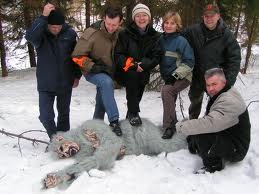 The hunt for the mythical blue green voter is as alive and well as it always has been. The argument goes that the greens can’t move too far to the left or they will alienate the great mythical ‘Blue/Green’ voter who loves John Key but has a soft spot for the environment as well.

The problem for those hunters of the mythical blue-green voter is the same for those who hunt Yeti and those who hunt the LockNess Monster – they don’t exist. The problem is that while many National Party voters might share a love for the environment, they can not share that love beyond their own class. 70 per cent of National voters don’t know anyone unemployed, talking to them about social justice issues they are totally blind to leads to a none political message that is too shallow to appeal to voters who do take social justice seriously.

My belief is that the Greens are one of the few and rare political parties who have looked into the future and seen the climate change realities and have answered that challenge with a comprehensive green economy platform. That platform will never see the light of day if NZ First are in anyway involved in the next coalition Government.

That’s why MANA are the Greens best friend.

Labour + Greens can’t win an outright majority on their own without relying upon NZ First and if they are reliant on NZ First, then you can scrap any of the progressive changes to the economy that the Greens want to bring about.

MANA changes that equation. Hone will win his seat, Annette will win hers and with an intense push on the Party list, MANA can bring John Minto off their list. That math starts changing the game. If MANA and Greens were to co-operate pre and post election they could form a majority block on offer to Labour to push bottom line policy advances.

Rather than hunt for blue green voters who may care about rivers but not care about social justice, the Greens risk not rallying their left flank and end up with a lower vote total than they gained last election, because no matter how much blue green voters flirt with being Green, they vote where their economic interests are vested, and that is with tax cutting John Key.

There is more than one way to roast sustainable tofu, the Green Party strategists need to look for places where they can look like a Government in waiting alongside Labour rather than water their Green colour down to a pale lime to attract Remuera soccer mums.