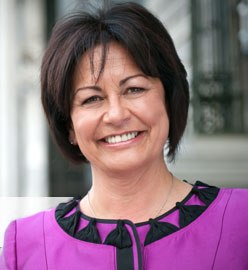 I’ve been absent from the Daily Blog due to ongoing health issues which make thinking and writing rather difficult; however recent events in education need to be addressed, so here goes.

As I’ve been saying for several years, National’s education policies have nothing to do with education, regardless of their spin about ‘raising achievement’ for all. This will come as no surprise to ‘thinking’ people but man, there are many out there who are still unable to open their eyes to the reality.

This includes far too many principals who damn well should know better.

Warning people – National and its cronies are set on a path to destroy New Zealand’s public education at all levels. The privatisation process is on full speed ahead. We have six months to stop it.

National’s path follows the USA model step by step, and Hekia’s latest brainstorm about funding schools on student achievement is no exception, straight out of the handbooks of her heroes Arne Duncan, USA Secretary for Education, and Michael Gove, British Secretary of State for Education. Gove, for example, has instituted the policy of closing ‘failing’ schools and replacing them with charter schools. Parata’s proposal to fund on results will mean that ‘failing’ schools will collapse, opening the way to charter schools.

Given the wealth of evidence that socioeconomic backgrounds are the biggest indicator of success at school, this means that richer areas retain some version of the present school system, while poorer areas get stuck with undemocratic, unrepresentative charter schools.  This, in fact, is exactly what is happening in England.

No sector is safe from the government’s agenda – just look at Joyce’s changes to university governance.

While I’m frustrated that I am unable to write at length expressing my own interpretations, there are some extremely capable bloggers who are hitting nails on the head. All of these come into the ‘MUST READ” category and should be shown to all those who still refuse to see. Or maybe print them out, roll into a very tight tube, and use this to hit the dimwits repeatedly on the head?

Hekia Parata and the Destruction of Public Education

“I am not dealing in hyperbole or hysteria. As Hekia Parata revealed to the Herald on Sunday this week, albeit accidentally, she has a plan to take New Zealand schooling down the same disastrous path that the US has taken over a number of years.

It is a plan that was first hinted at in the ‘Step Change’ document that she co-authored with Roger Douglas and Heather Roy in 2010; a blueprint which said that the future for education was in the marketplace and in competition.

The Herald on Sunday interview shows that Roger Douglas’ vision, which has been introduced until now by small increments, is ready to be rolled out in full. The introduction of Charter schools, the silencing of teacher voice by the dismantling of the Teachers’ Council, the forced introduction of National Standards and the spending of millions on the PaCT data reporting tool, have all been small steps in preparation for this latest measure – one that will turn schooling into a competition between communities for government funding of their schools and children.’

John goes on to detail all the issues that show how determined the National led government is to irrevocably change public education.

A thought – were you ever asked if you wanted this level of change? There was nothing in National’s 2011 education policy to indicate this, even if the policy was released five days before the election. Ever wonder why this was the case? Anything to do with treating the electorate as suckers?

“It is remarkable that New Zealand, with only 4.5 million people, has four universities ranked by QS as among the top 300 in the world. Several critical factors have brought this about, and foremost among them has been a determination to build them as democratic communities of scholars.  Your bill threatens to reduce them from top-ranked universities to third rate companies, and will certainly reduce their reputations and rankings.”

Jolisa Gracewood on Public Address, has written a very comprehensive article, ‘School Bully” that outlines the trail that National have followed, are following, and will be following:

“That’s the trail of stale breadcrumbs – well, some of them anyway. Follow the path, children, deep into the corporate-education forest. All the way to the rotten gingerbread house.

I mean, what could possibly go wrong? “

Jolisa says it all in this article – there’s nothing else I could add even if my brain was working properly.

For a detailed list of the attacks on public education by this National led government, read this blog by Southland Green Party candidate Dave Kennedy:

“This government is destroying our amazing collaborative, holistic public education system that recently led the world. They are determined to implement systems that have failed spectacularly overseas. Professional knowledge based on evidence should lead education, not political ideology. What angers me the most is what is being denied to our most vulnerable children when they should be the real focus of spending and any systemic change.”

To close, here is the full text of a posting by teacher Mike Boon, a cry from the heart of a dedicated teacher objecting to the ideologically driven destruction of New Zealand’s world renowned education system.

Hekia Parata (and National) – You are disgusting

If you want proof that this National government cares not for anything other than themselves and their ridiculous and defunked ideology you need look no further than the headline I’ve just read in the New Zealand Herald – or as I like to call it, the National Party Daily Newsletter.

…it said in big letters.

Ok, I thought. I wanted it to mean that the education system would actually be funded at levels where we would be able to deliver a 21st century education to 21st century learners.

Then I read the first paragraph.

The Government is looking to fund schools according to the progress their pupils make, the Education Minister has revealed.

And in one single sentence the Herald on Sunday has announced our fantastic education system, the education system that developed a curriculum that was the envy of many other countries around the world, is doomed to become an utter joke.

We will become an a system like the United States of America where students with special needs are excluded from schools because their “results” are not up to the high standards set by the Education Ministry and the minister.

As any teaching professional knows, student learning is not a linear process. No child moves through their years at school achieving at a constant rate. Some years, as things click into place, “progress” as measured against stupid bloody standards, may look, for want of a better word, slower than everyone else. That is just the “normal” children who don’t have specialised learning needs.

Yes… that’s right. Specialised learning needs. If you have any of these and you have to travel through an education system with any kind of nationally set standards, then you are deemed a failure right from the start of school until you exit – possibly too early and without qualifications because your learning needs are not catered for by the narrowed and weakened curriculum that standards of this nature give us.

So what happens when you link either a) teachers’ pay or b) school funding to the performance of students?

This, this, and this.

In short, schools pressured by media and government bureaucrats will, in turn, pressure their teachers to such a degree that they will be massively overworked and stressed. When you have a situation like that, bad things start happening.

Schools begin to “fiddle” with their standards results. If your funding was about to be cut and your school would lose a teacher because your students were not achieving at the desired rate, what do you think would happen. Fraud is wrong but it happens everywhere (except banks – no banks are free of even the slightest hint of fraud).

This policy, or as I am dubbing it, this shit-storm of dick-headery, will ruin our education system. Teachers will leave, schools will fail, and, ultimately, New Zealand students will be worse off.

One of the key problems with the Global Education Reform Movement is that it takes so long to show its abject failure. The United States, which has been “reforming” for the greatest length of time, is only now seeing a ground-swell of protest from parents against the corporate takeover of their public education system.

The most unfortunate and saddening thing about this whole business is until kiwi parents (i.e. voters) start seeing their kids harassed and stressed by high stakes testing, until they see their child’s love of learning disappear quicker than you can say “Parata did this,” until they start seeing education policy impact on their daily lives, it is unlikely that we will see any change from the current direction.

People will only vote against a government if they are directly affected. Not everybody has a special needs child. Not everybody lives in a lower socio-economic area. Not everybody is a teacher. Until such a time as the majority of parents are affected by this policy, a change is unlikely.

Unless National get voted out in September because everyone realises how utterly corrupt and devoid of vision they are for anyone not running a business, farm or Chinese dairy conglomerate, then their arrogance to implement any policy they see fit will continue unabated.

Post Script: I refer you to my previous blog posting Dipping my hands into the elephantshit to explain how the minister will ”strongly incentivising pupil progress” as the minister puts it.