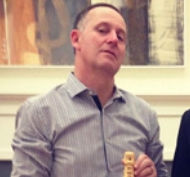 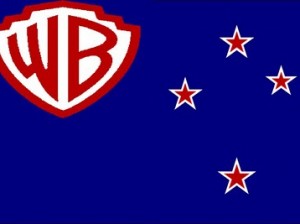 I refuse to allow this flag blinded distraction that Key has cleverly cooked up so that our attention is on bullshit nothings rather than on the real issues confronting NZres.

The Rockstar economy, drunk on cheap milk powder to China is about to see power price increases and mortgage rate increases. Key moving the election early is because of the changing economic situation and to avoid Banks guilt in court making Key look like a lame duck.

-Tax cuts for the rich.
-A growing deficit.
-GCSB spying and infiltrating civil society.
-Denied rights to have a say on activities in the EEZ.
-Deep sea oil and sea bed mining in precious habitats.
-Removal of (already limited) environmental protection under the RMA.
-Destruction of the Department of Conservation.
-Subsidised irrigation schemes leading to dammed, damned, and polluted rivers.
-Environmental abuses.
-Selling out workers’ rights to Warner Brothers and selling off gambling laws to Sky City.
-No accountability for bosses who oversee deaths of workers, whether it be in forestry, mining, or truck driving.
-The 90 day fire at will law, and undermining organised labour and the right to strike and join a union.
-Selling assets generations have built and paid for at less than real value and still failing to ‘balance the books’.
-The rebuild of Christchurch slow in the hands of monopolists.
-Appalling child poverty.
-A growing gulf between the rich and poor.
-A veto of extended paid parental leave. Cuts to community education.
-Charter schools.
-Private prisons pocketing proceeds of crime.
-Trade deals negotiated in secret binding the nation, sacrificing sovereignty in pursuit of the mighty dollar and cheap and nasty junk.
-Transport budgets concentrated on mega motorway projects that don’t stack up on benefit:cost analysis and which suck funds from local roads, public transport, walking and cycling.
-Resistance to Auckland’s City Rail Link.
-The ‘supercity’.
-CCOs which disempower the public and put decisions into the hands of the non-elected.
-Closure of the Dunedin Hillside railway workshops and outsourcing ‘Kiwi’ rail construction overseas with costly effects

…What is the point of changing the flag? So that hungry NZ children know what to salute? Those 285 000 kids are still living in poverty and they can’t eat your flag Prime Minister.