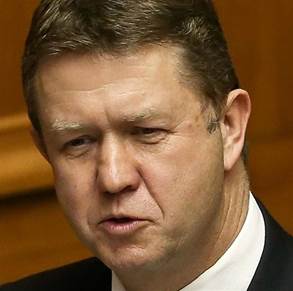 An incoming Labour-Green-Mana(-NZ First?*) coalition government will have much work to do – especially in it’s first three years.

In the six years that National has been in power, they have passed many odious and often repressive pieces of legislation. Labour and the Greens have already committed to repealing some of these laws and policies.

As a Labour-led coalition government addresses growing problems of child poverty; income inequality; a shortage of decent, affordable housing; and chronic unemployment, a legislative programme will demand a long list of progressive reforms.

In no particular order;

An amendment to the Employment Relations Act 2000, Section 67A, allows  employers to sack – without just cause or a chance for an employee to improve performance – within a 90 day period.

It gives unbalanced power to employers who can blackmail an employee or get rid of them at the slightest whim. It also makes workers less willing to be mobile in the workplace. Why change jobs at the risk of being fired within 90 days of taking up a new position?

When the 90 Day Trial period was first introduced in April 2009, it applied only to companies employing 19 staff or less.

By April 2011, this was extended to all companies regardless of staff numbers. (A typical National strategy; start small – then encompass an entire sector.)

Has it helped  generate more jobs as National claimed it would?  Evidence suggests it played very little part in creating employment, and indeed unemployment went up after both legislative changes,

So aside from empowering employers and disempowering workers, what exactly was the point of enacting this piece of legislation? Because it seems that an awful lot of people lost their jobs through this legislation. As one media report stated,

It is not known how many workers were dismissed during the trial period, but the figures revealed 27 per cent of employers said they had fired at least one new employee during or at the end of their trial.

This means at least 18,000 people lost their jobs in the first three months of employment last year, with the actual figure likely to be much higher.

And precisely how does this raise wages, as per Dear Leader’s past promises (see below)?

This law gives too much power to one party in the Employer-Employee relationship, and it has no place in a fair-bargaining workplace.

On 17 October 2010, Labour promised that this law would be scrapped by an incoming Labour-led government. I hope the current Labour leadership has not resiled from this commitment.

“The average income has been about $90,000, so it hasn’t been a badly-paid place. But the problem is flexibility when ships arrive and when staff get called out, how they can cope with that.” – John Key, 12 March 2012

Putting to one side the myth of  POAL maritime workers earning $90,000 – so what?

Even if it were true (which is doubtful – POAL has never released the workings of how they arrived at that sum, despite requests), isn’t such a good wage precisely what Dear Leader John Key has been advocating?

POAL management sought to reduce costs;  casualise their workforce; and compete with Ports of Tauranga for shipping business. Unfortunately, competing on costs would, by necessity, involve driving down wages.

This appears to have been motivated  by a high degree of price-fixing by shipping cartels, as was pointed out by the Productivity Commission in April 2012,

Rather than supporting the workers, Dear Leader bought into a situation where international shipping companies were playing New Zealand ports off against each other, to gain the  lowest possible port-charges.  Even local company, Fonterra, was playing the game.

Here we have a situation where New Zealand workers were enjoying high wages – something John Key insists he supports – and yet he was effectively allowing international corporations to create circumstances where those wages could  be cut and driven down.

As with the “Hobbit Law”, our Dear Leader appears to pay more heed to the demands of international corporate interests than to fulfilling his pledges to raise wages.

“The commission recommends that New Zealand require shipping companies wishing to collaborate to fix prices or limit capacity to demonstrate to the Commerce Commission that there will be a public benefit which will outweigh the anti-competitive effects.”

This problem must be addressed by an incoming government. It is simply intolerable for foreign corporations to be dictating labour laws; industrial relations; and wages, in a supposedly sovereign nation.

“For a lot of employers, they will go out there and say, ‘I’m going to give somebody a go that’s been in the workforce before’ and so the balance is against that younger person. That’s very disheartening for them – they are good young people, they just want a chance.

So I think it’s got to be seen in perspective – the vast overwhelming bulk of youngsters actually won’t go on a starting out wage.”

Which conflicts with John Key’s other assertions that he wants to see wages rise;

There is no good reason why Youth Rates should actually create new jobs. More likely, a drop in youth wages will simply create more ‘churn’ in employment/unemployment numbers.

As Lowe admitted – there is no new job for the  younger worker. S/he is merely displacing an older worker.

As it is, figures from Statistics New Zealand’s  Household Labour Force Survey showed that unemployment for young people had already fallen by the March 2013 Quarter – a full two months before Youth Rates came into effect;

In seasonally adjusted terms, the NEET (not in employment, education or training) rate for youth (aged 15–24 years) decreased 1.5 percentage points, to 12.5 percent in the March 2013 quarter. This is the lowest youth NEET rate since the September 2011 quarter. The NEET rate for people aged 20–24 years fell 2.4 percentage points to 15.9 percent.

As the global economy continued to improve; the Christchurch re-build moved into high gear; and demand for our exports increased, unemployment was bound to eventually fall.

In which case, paying young workers a lower wage than their older counterparts was nothing more than a “gift” handed to employers.

As such, it has no place in a modern, civilised society. Youth rates are exploitative and demoralising. They also drag adult wages downward, as employers can opt for cheaper labour, as  David Lowe stated above.

“It’s not going to create jobs by driving down wages.  These people are going to leave and go to Australia.

We need an economy that provides decent, secure jobs and good incomes and where young people have hope and opportunity, not the low-wage vision promoted by National.”

An incoming Labour-led government must repeal this exploitative legislation.

(* At this point in time, NZ First’s leader, Winston Peters,  has not indicated which bloc – Labour or National – he intends to coalesce with. As such, any involvement by NZ First in a progressive government cannot be counted upon.)

NZ Herald: Will the 90 Day trial period make a difference?