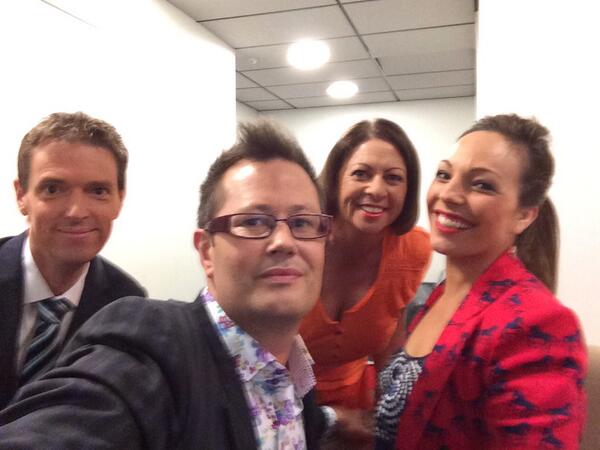 Paddy seems to have had a firecracker lit under him. Spurned perhaps by these types of unkind memes… 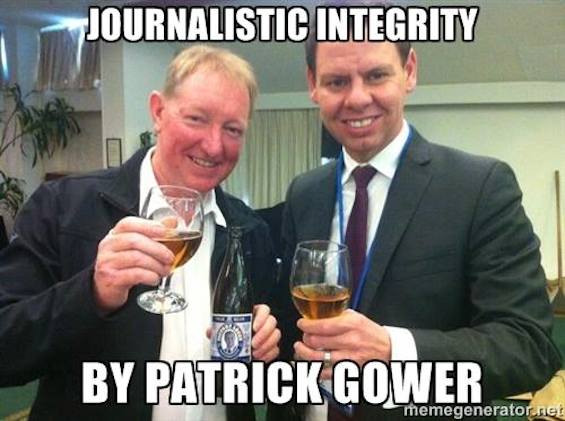 …Paddy has struck back with one of the best interviews with John Key I’ve  seen. The Nation proved today that they are prepared to be just as critical of National as they are with Labour, and for that we should be thankful.

Gower’s interview is maybe the first time I’ve ever really seen Key rattled. Gower’s throw away ‘So Judith Collins gets away scot free’,  had Key unnerved. You could see the set up by Gower coming a mile away and Key only seems to click where it’s going near the end of his answer. Gower gives Key all the rope he needs as Key frolics away damning Cunliffe for not revealing 2 anonymous donors  and then Paddy drops the hammer by asking Key why he shouldn’t make all 21 anonymous diners at a restaurant fund raiser public that raised over $100 000 for National.

He stammers out a justification, Gower damns him with his own criticism of Cunliffe and holds him to the exact same standards. It’s very uncomfortable for Key. Paddy brings up another example of another dinner that raised $60 000.

The problem for Key is that Labour’s leadership race isn’t covered by the Electoral Act,  Key’s fund raising is.

Colin Craig once he pushes past all the questions about him being a chemtrail flake who is using  a defamation case as an electoral stunt actually gets to some of the policy the Conservative Party stands for and proves why he is far more dangerous than the media give him credit. His pressure point policies and ideas are the conservative values of the National Party that aren’t getting voice and he has the ability to score 3%+ in the election. If Key is desperate, Murray will be told to get in line, the decision on a hot milo in East Coast Bays will be made 2 weeks out from election day.

The panel is  far better than the awful one last week. Bryce Edwards, Michele Boag and the brilliant Annabelle Lee-Harris.

Michelle slanderously insinuates Unite gave money to Cunliffe, that’s a lie. Claims a Cabinet Minister with the history of Collins is ‘naive’ about going overseas. Bryce makes excellent point about how different Key treated Worth and Collins.  Annabelle perceptively points out the difference between McCully and Key’s position on East Coast Bays.