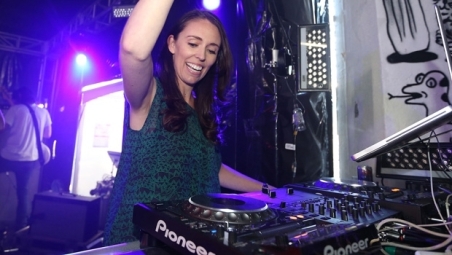 This has been a week of disbelief and dismay for followers of question time in the house.

Handed a pack of dynamite as a gift from heaven in election year what does the Opposition do with it?   They work very hard to make it a damp squib.  It beggars belief. Where are the political advisors?

So what happened that was of such monumental significance?

It wasn’t that the government knew about errors in child poverty figures before Christmas, and tried to cover them up. Duh

And no, no, no Labour, it wasn’t that the error meant that poor children were “short-changed by over $1 billion”. Duh.  Bill English thought all his Christmases had come at once.

Hon BILL ENGLISH: The member clearly does not understand the measure if he thinks that families have been “short-changed”. A data error was made deep in the bowels of Statistics New Zealand by a statutorily independent agency, so it is nothing to do with the Government. Secondly, we have made sure that that miscalculation has made no difference to any entitlement of any New Zealand family or child, and that is the case. No New Zealand family or child is worse off because of that miscalculation.

Jacinda Ardern: Knowing now that there are 285,000 children living in poverty, rather than 265,000, what does she plan to do differently in terms of tackling this issue?

Hon PAULA BENNETT: What we have seen is that the estimate was around 2 percent higher than what we advised. As the Minister said, actually it flat-lined and is now getting better than what it was in 2010. So what that says to us—

The issue was that hundreds of thousands of the poorest families in New Zealand have been portrayed to have much more income than they actually had. While the new figures push 20,000 below the poverty line and that is significant, the real issue is the other 265,000 children already below the 60% line.  Nearly all of them are further below the line and have endured a greater depth of poverty than the policymakers were lead to believe.

There are now 30,000 more children that we thought below the very stringent 50% line.  How many are below the 40% line if the correct figures are used?

The error was that the accommodation supplement was counted twice as income.  Once by Treasury and once by Statistics NZ.  Given that it is hard for families to know what they are actually getting, there is a separate calculation of how much Working for Families and the Accommodation Supplement each household is entitled to, based on gross wages, number of children, rents, whether on benefits and where they live.  For large low income families in Auckland, and sole parent with two or more children, the Accommodation Supplement might be as high as $225 a week. A typical payment for a sole parent it might be $80-120 a week.

So low income families might have had an extra $4000-$10,000 added to their actual net income.  A very significant over-statement indeed.

Any left politician worth their salt would have probed the figures and demanded an inquiry into low incomes in NZ.  Many families are experiencing a tragedy of gigantic proportions that may prove irreversible for them and society.  In fairness, David Cunliffe did make an impassioned speech on Tuesday for Children’s day, but it was followed by a lacklustre questions in the house, and by Wednesday the issue had disappeared.

Labour was rendered impotent because to ask the obvious questions would require that it acknowledge that its very own policies did not work in a recession.  Interestingly they were warned as early as  2007 by the MSD itself, who at that time found ‘pockets of significant hardship and poverty’ with some families falling under the 40% poverty line and warned of the need to revisit Working for Families policy. Seven years on it is just tragic to learn that these pockets have become so much larger and for the last 4 years we didn’t have the warning lights of the correct figures.

Now we know the true picture of unremitting child poverty in New Zealand surely the job of the politicians is to act decisively and with urgency.