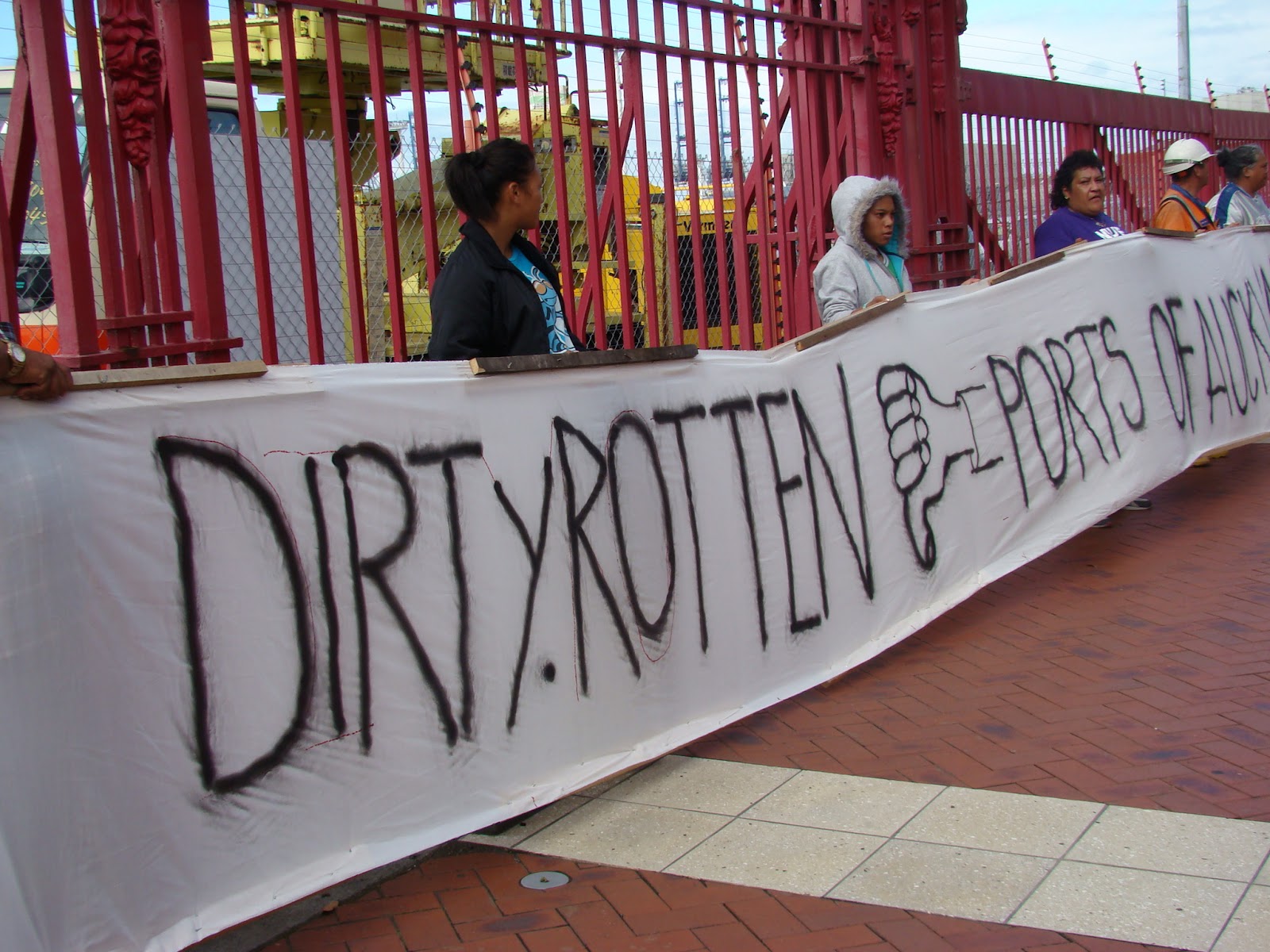 …so what they are really saying is that they are hoping new Employment Relations Amendment Bill that National are trying to implement where bosses can simply walk away from negotiations will get passed allowing the Ports to treat their workers with outright contempt.

Let’s not forget the Port had employment history of a Union protester illegally leaked to far right hate merchant Cameron Slater and have done all they can to crush the Union rather than work with them. Forcing a Union legend like Dave Phillips out by threatening legal action over blogs he wrote defending the Unions shows the level of gutless tactics the Ports have brought to this dispute.

Ports of Auckland’s deplorable behaviour towards unionised workers is the reason Len Brown is a gutless, spineless Mayor and deserves to lose the next election, not his dalliances with Bevan Chuang.

Again, this is another damaging example of the true values of this government towards workers, but it isn’t leading the political news, it’s in the shadows of the feeding frenzy over Cunliffe wanting to protect those who supported his leadership run.

Again. The mainstream media are far more interested in creating a narrative structure that Cunliffe is ‘tricky’ rather than hold the Government to account.