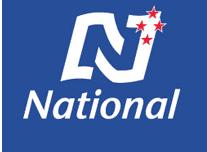 As the election campaign for 2014 heats up, citizens can expect a deluge of dis-information, distortions, and  lies from the enemies of the progressive Left. Their constant repetition will be that Labour left the economy is a shocking state in 2008, with the most pernicious  outright lie that the Clark-Cullen government left New Zealand with a “decade of deficits”.

None of it is true. It is part of a meme-construction by the Right, with zealous followers who are willing and able to spread their mis-information on the internet.

Discovering the truth is that much harder – you need to know where to look.

This series of reports will hopefully make things easier for those who want a clearer picture of events over the last two or three decades.

“Those who cannot remember the past are condemned to repeat it.” – George Santayana

Most graphed information is taken from Trading Economics, a US-based, on-line, economics-information website.

Trading Economics provides its users with accurate information for 196 countries including historical data for more than 300.000 economic indicators, exchange rates, stock market indexes, government bond yields and commodity prices. Our data is based on official sources, not third party data providers, and our facts are regularly checked for inconsistencies. TradingEconomics.com has received more than 100 million page views from more than 200 countries.

The reader can set dates for specific time-parameters  (indicated with red arrows) to search the site’s data-banks by years. It is extremely user-friendly and informative.

Other sources for data will be clearly referenced.

National governance is marked with a blue line.

Labour governance is marked with a red line.

From 2009 to 2013, despite the GFC, GDP increased from $117.8 to $169.6 billion, though the rise in percentage terms, outlined below, was not so encouraging. GDP growth, per capita, was also lack-lustre, as demonstrated below.

“The GDP per capita is obtained by dividing the country’s gross domestic product, adjusted by inflation, by the total population.”

Curiously,  the 2009 and 2010 tax cuts did not seem to contribute greatly to per capita GDP.

Real Gross Domestic Product (real GDP) is a macroeconomic measure of the value of economic output adjusted for price changes (i.e., inflation or deflation). This adjustment transforms the money-value measure, nominal GDP, into an index for quantity of total output. GDP is the sum of consumer Spending, Investment made by industry, Excess of Exports over Imports and Government Spending. Due to inflation GDP increases and does not actually reflects the true growth in economy. That is why inflation rate must be subtracted from the GDP to get the real growth percentage called the real GDP.

The raw data for the Reserve Bank  graph (see below) is available in an XLS spreadsheet containing all key figures.

* 2013 figure averaged over three Quarters only.

Trading Economics:  About Us

Te Ara: The ‘mother of all budgets’

Ministry of Business, Innovation, & Employment/Dept of Labour:  How bad is the Current Recession? Labour Market Downturns since the 1960s