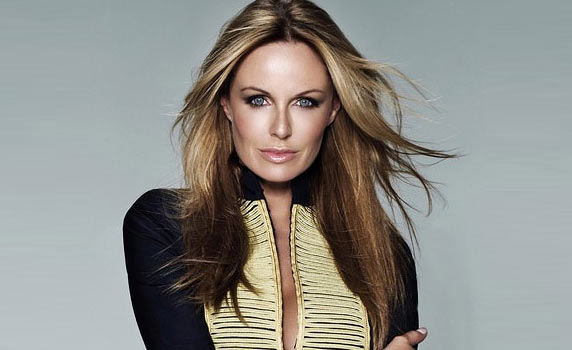 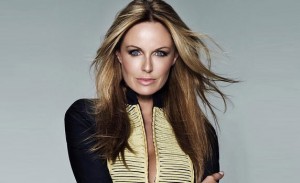 This week, under tragic and bizarre circumstances, two of society’s greatest taboos, suicide and incest, were thrust into the headlines.

Charlotte Dawson’s untimely passing struck a raw nerve, sparking heated debate about mental health and unsocial media. The tact, competence and judgement of mainstream media were also called into question with the publication of a now-notorious opinion piece by the NZ Herald and what can only be described as an unmitigated fiasco at Television New Zealand.

Given the media’s normally coy coverage of this most delicate of subjects, Deborah Hill Cone’s column “It wasn’t just depression that claimed Charlotte” ( the NZ Herald’s first contribution after the breaking news) seemed inexplicably tasteless, spiteful and incendiary.  At once professing not to know the woman, Hill Cone then penned her personal letter, a ghastly post-mortem missive, concluding ” You felt shunned for being single, being childless, for having a mental illness. The truth is no one really cares. But for you that was even worse. It is terrifying to think of becoming insignificant, being wiped out, being annihilated. So, ultimately, you chose to preserve Charlotte Dawson, the glamorous brand, aged 47, forever.” Ms Dawson had once expressed her view that New Zealand media was vicious. In this instance, the writer did not disappoint.

If the aim was to provoke, it was well-achieved. Why though, on the subject of suicide and depression, one would seek to provoke remains a mystery that only Ms Hill Cone and her sub-editors can answer. Perhaps unsurprisingly, the response was mostly vociferous and highly personal, to the extent that many feared for the well-being of the author. The piece was even discussed on the Sky News Australia programme Paul Murray Live. There, the host wrestled with the freedom of speech argument and that a free society must be able to countenance opinions with which it disagrees. But that was all he could say in its defence. One of the three journalists on that night’s panel thought it a missed opportunity that offered little insight into a complex and sad situation. The other two found it incredible it was ever published and thought the author should lose her job.

Three days later, as a second response, the Herald did what it should have done in the first place: offer a few words of remembrance penned by someone who actually knew the subject. Charlotte Grimshaw’s ‘Life and Times of Wild Charlotte’ was a humane, wistful reflection on the passage of time and the passing of a friend. “Children make you grow up: you will not be a girl anymore but you’ll mind less that you don’t look like one. They soften the blow of ageing; in fact, they make ageing almost all right. Life stops being all about “loving yourself” and starts being about “loving other people”. It makes you empathise – even as you’re noting the fatuousness of “God, we partied hard” (as if “partying hard” is a meaningful activity, rather than a dreary road to ruin, something that needs to be grown out of quick in the interests of survival) you’re utterly sympathetic to the terrible loss, to the image of the beautiful, chaotic Charlotte sitting on her balcony while the sun goes down and the rent is unpaid, and she feels she’s coming to the end of things, and there’s nothing she can do to stop herself flying into space. My mind reaches back and there she is in a parallel universe, awaiting an alternative future, a second chance, a different kind of luck.”

By ripping off an idea from an American late-night comedy show, Television New Zealand had no luck at all in its attempt to shed light on the related subject of cyber-bullying. One could only hope that Ms Dawson would have appreciated the bungling black comedy of errors behind the headline “Fake abuse messages rattle TVNZ” : “TVNZ’s Breakfast show presenters have apologised for fake bullying messages read out by colleagues on national television. Veteran broadcaster Peter Williams and Seven Sharp reporter Dean Butler are being dealt with by TVNZ management after it was revealed messages they read in a segment on the Breakfast programme about online bullying were fake.” Someone clearly got the wrong end of the stick (Peter Williams doesn’t even have a twitter account) and TVNZ’s Chief Executive Kevin Kenrick went on the record to say that it was an honest mistake “It is crucial to our integrity as a news organisation that we don’t allow people to think that Peter’s contribution to the news story was a deliberate falsification intended to deceive viewers. I have spoken with Peter at length and I understand that the invitation to him to participate suggested a similarity with a show by American comic Jimmy Kimmel that featured celebrities reading out unkind tweets. This led him to believe, incorrectly, that the item was intended to be comic. “Peter had no involvement in the editorial decisions around the item and was unaware of the context until it went to air. At that point he immediately spoke up to say his contribution was invented.”

Although one has to accept this is not a case of malice in blunderland, given the enormous coverage afforded Ms Dawson and the circumstances surrounding her demise, particularly cyber-bullying, (which was the very impetus and idea behind the request to submit and then televise abusive tweets), this was a spectacular communication breakdown on the part of the state broadcaster. Again, the subject here is suicide and depression. If anything required due diligence and the highest standard of care, this was it. Unfortunately for TVNZ , the story became less about the news and all about the presenters. In the Herald, media commentator Brian Edwards rightly said “the incident might have been an “error of judgment” on their part, but was unacceptable.” In the same article, Lifeline chief executive Jo Denvir said she feared the fabricated messages might trivialise online bullying and suicide. “It is a very real phenomenon – you don’t actually need to make anything up,” she said. “Possibly they thought they were doing the right thing, but for those of us who work with suicide every day or the repercussions on families or people affected by suicide, this is not something that should be tampered with by making things up.”

On the subject of cyber-bullying, Troy McEwan had more luck in his piece ‘How to tell a troll from a stalker’ (NZ Herald). Offering perhaps the sanest advice of all, that trolls are best ignored, McEwan reports that ” Researchers from Winnipeg conducted a study earlier this month on the personality characteristics of internet trolls. In particular, they explored whether trolls reported the personality traits of: Machiavellianism (willingness to manipulate and deceive others), Narcissism (grandiosity and entitlement), Psychopathy (lacking remorse and empathy) and Sadism (taking pleasure in the suffering of others). They found clear evidence that trolling is associated specifically with self-acknowledged sadism, and to a lesser degree with Machiavellianism. What’s more, people who reported sadism tended to troll because they found it to be pleasurable. As the researchers concluded: “Sadists just want to have fun” and the internet is their playground.” That legislation dealing with this serious issue should be in the hands of Parliament’s Queen of the Twitterverse, Judith Collins, is nothing if not darkly ironic.

Anyway, speaking of Machiavells, narcissists, psychopaths and sadists (and on a much brighter note), Act’s new leader Jamie Whyte scored a political own-goal of titanic proportions this week. In the interests of avoiding ‘intellectual corruption’, he sacrificed political credibility. ‘Act Leader Jamie Whyte stands by incest comments’ was the NZ Herald headline. “Dr Whyte told the Herald his response was based on his belief that: “I don’t think the state should intervene in consensual adult sex or marriage, but there are two very important elements here – consensual and adult”. However, Dr Whyte’s brave, logical, purist and principled stand on this politically-fatal subject lasted a mere 24 hours because next morning, the headline read ‘Act leader ‘regrets’ incest comments’. “I regret the comments, mainly because I feel I let the party down,” he said.” Indeed. To paraphrase Shortland Street’s immortal line, ‘You’re not in the Faculty Lounge now Dr Whyte.’

Things didn’t get much better for the good doctor at his debut conference as Party Leader, dubbed the “Thriller at the Villa”, as Andrea Vance reported in ‘Act’s New Man Jamie Whyte Speaks Up’ (Stuff). Asked if Act’s three strikes and you’re out for burglary policy  “was an attempt to look tough on crime, after suggesting last week that incest between consenting adults should not be illegal, he said: “I’m not yet that clever a politician.”‘. Well, no disagreement with that one. But wait, there’s more. “Whyte spent the first four minutes of his speech explaining away the incest gaffe. “I was done over by the media,” he told the audience. “I made a blunder and I thought I had to say I blundered,” he told reporters afterwards. “I forgot briefly that I am the leader of a political party and not a philosophy lecturer…I was stupid for even getting involved.” No disagreement with that one, either. But wait, there’s still more. “He then attempted to avoid a fresh storm when asked if he takes a similar stance on polygamy, which he once hinted at in a column. “Look, I don’t want to start talking about this. The party has got absolutely no views on this – no I haven’t changed my personal view. But my personal views are irrelevant at this point.”. It must be galling for a man so bright (by his own constant admission) to concede stupidity for getting involved. And given the very, very, very long list of columns Jamie has written for prestigious publications such as the Wall Street Journal,  full of his purist philosophical take on subjects such as incest and polygamy, it is doubtful the media will ever allow his personal views to become irrelevant. For better or worse, he was selected to be the fresh face of Act. This week, that face morphed into Uncle Fester. As Steve Braunias records in ‘The Secret Diary of Jamie Whyte’ (Stuff): “What plays in the bedroom, stays in the bedroom. As a philosopher, and also as newly elected leader of the Act Party, I’m proud to guard that bedroom door. That’s where you’ll find me in election year. When you think of Act, I want you to think of me outside a bedroom in which consenting adults commit acts of incest.”

Valiantly but in vain, Act’s new (old) campaign manager Richard Prebble tried to put out the fire. ” Mr Prebble, a founding member of Act, said he didn’t see Dr Whyte’s comments as a hindrance to his task of building (the currently zero) support for the party. “Actually in some ways it is useful because it shows Jamie Whyte is not a politician and I don’t think the public want politicians. Our enemies will attempt to distort that but I find the guy refreshing and new and I think the electorate is looking for something that’s fresh and new.” Whether incest is that something fresh and new the electorate is looking for remains to be seen. What is clear is that Colin Craig now has real competition.