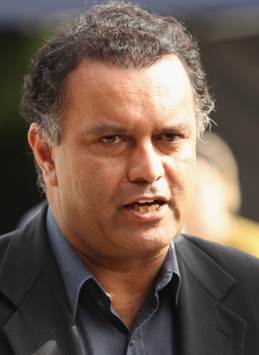 MATT McCARTEN’S appointment as David Cunliffe’s Chief-of-Staff was assessed by former Labour President, Mike Williams, as either “an act of lunacy or a stroke of brilliance.” Certainly, it is very hard to dispute the judgement of PR consultant, Matthew Hooton, that McCarten is “an incredibly unorthodox” choice.

There will be more than a few in Labour’s Caucus and across the wider party organisation who find themselves both disbelieving and outraged that this splitter, this maverick, this unrestrained critic of everything the modern Labour Party stands for, now occupies the office adjoining the Leader of the Opposition’s.

There will be at least as many in the Treasury, the Department of Prime Minister and Cabinet, State Services and the security agencies who are scratching their heads in similar bewilderment (and revisiting their files). Because the position of Chief-of-Staff is one that usually extends beyond electoral success to become a critical node of power and influence within the new government. In that position, Matt McCarten could prove very challenging for New Zealand’s senior civil servants.

Considering Labour’s declining effectiveness in the House of Representatives, and in the context of a rapidly spreading and potentially debilitating loss of confidence in the party’s ability to successfully challenge John Key’s easy dominance of the New Zealand political landscape, Matt McCarten’s appointment has come not a moment too soon.

Since the departure of Helen Clark and her Chief-of-Staff, Heather Simpson, the Labour Leader’s Office has lacked what American political journalists call a “junkyard dog”. Someone steeped in the values of the movement and who knows where all the important bodies are buried (often because he or she put them there!). A bruiser and a brawler who will frighten the Bejesus out of anyone who so much as looks sideways at the party leader.

New Zealand currently possesses only two match-fit junkyard dogs, Matt McCarten and Richard Prebble. And isn’t it the most delicious of historical coincidences that both of them have been recalled to the electoral fray at the same time? Both men can call on extensive personal networks and both possess extraordinarily campaigning and negotiating skills.

In New Zealand’s MMP environment, the latter are especially important. McCarten’s history with the Greens (once part of his old party, the Alliance), the Maori Party and Mana will be of enormous value to Labour should they find themselves in a position to forge a governing coalition.

For New Zealand’s political journalists and commentators, the temptation to characterise McCarten’s appointment as a “lurch to the Left” will be strong. Given the man’s status as the leader of the radical trade union, Unite, and his role as one of the nation’s leading left-wing commentators, it would be an entirely understandable reaction. It would not, however, be a very accurate assessment of the role McCarten is being asked to play.

Detailed policy formation remains the preserve of the Labour Party’s Policy Council and its Caucus. But thanks to the radical constitutional reforms of 2012 and 2013, Labour’s specific policies are required to slot in without excessive friction to the general principles and objectives enshrined in the party’s “Policy Platform”. If McCarten has any role at all to play in Labour’s policy direction, it will only be as a direct and unequivocal promoter of the party’s already agreed goals.

And these, Labour’s “democratic socialist” goals, have not changed appreciably in forty years. What has been absent at the highest levels of the party, however, is any sign of a determination to articulate them. With the election of David Cunliffe that 25-year absence has been filled. And, with today’s “incredibly unorthodox” choice of Chief-of-Staff, the clearest possible signal has been sent to Caucus, the party organisation and Labour supporters generally that Cunliffe is not only determined to articulate his party’s ideals – but he also means to enforce them.

Given Matt McCarten’s brilliance as an organiser, a negotiator and an enforcer, it would have been lunacy on Cunliffe’s part not to appoint him Chief-of-Staff.