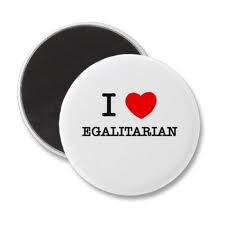 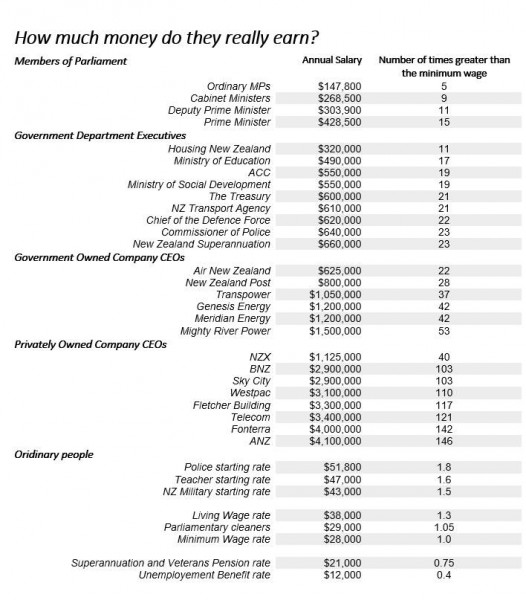 Imagine for a moment that the Remuneration Authority said MPs should receive a 50c per hour increase in pay. This would be a 0.68% rise for a backbench MP or a 0.23% rise for the Prime Minister.

(Just for the record the Prime Minister and MPs received a 2.2% increase on their already inflated salaries last November courtesy the rules the Remuneration Authority works under – as set by MPs of course)

But an extra 50c an hour rise is what the Prime Minister says New Zealand’s lowest paid workers deserve from April 1st.

It represents a $20 per week gross increase in income for someone working 40 hours per week but most workers on the minimum wage are on contracts with no guaranteed hours. On average they can expect perhaps an extra $10 or so before tax.

Wages are so low in New Zealand that a gobsmacking 40% of families in poverty are those where at least one parent is in full-time work. Instead of requiring employers to pay decent wages taxpayers subsidise employers through mechanisms like Working for Families.

Defending his 50c increase for the poorest working New Zealanders John Key says a higher rise would mean jobs would be lost and unemployment would increase. This is a hoary old lie the corporate sector trots out regularly as though they actually care about unemployment.

I’m no great fan of the New York Times but in an editorial two weeks ago even this right-wing rag debunked the common myths about the minimum wage. The paper posed the question “Does it kill jobs?” and answered like this:

“The minimum wage is one of the most thoroughly researched issues in economics. Studies in the last 20 years have been especially informative, as economists have been able to compare states that raised the wage above the federal level with those that did not.

The weight of the evidence shows that increases in the minimum wage have lifted pay without hurting employment, a point that was driven home in a recent letter to Mr. Obama and congressional leaders, signed by more than 600 economists, among them Nobel laureates and past presidents of the American Economic Association.

The editorial also debunks other myths such as a higher minimum wage would push up prices precipitously saying this:

“Research and experience show that employers do not automatically cope with a higher minimum wage by laying off workers or not hiring new ones. Instead, they pay up out of savings from reduced labor turnover, by slower wage increases higher up the scale, modest price increases or other adjustments.”

Employers and their political representatives will always tell big porkies like these as they continue class warfare against workers. It’s not about the truth or the community good. It’s always about maximising their profits.