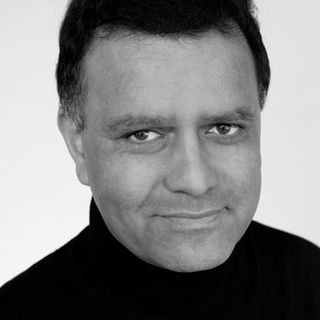 For the Left, Matt McCarten’s appointment as David Cunliffe’s Chief-of-Staff is like Yoda turning up with Gandalf in the Red October.

TDB is calling the Chief-of-Staff position for Matt McCarten.  Turns out that much maligned gut feeling of mine was right, but who had any idea how far out of the loop Helen Kelly had become? She seems as far out of touch as the Parliamentary Press Gallery and any twitter pundit living in Wellington. Sounds like the CTU needs new Auckland mates.

Matt McCarten’s appointment as David Cunliffe’s Chief-of-Staff suddenly makes all the recent proclamations of doom for the left seem a tad hasty. Maybe Bryce spends far too much time reading Ruminator and Dim Post because ‘feeling left out in Wellington’ doesn’t equate to the Left failing at the ballot box. At least Danyl’s new hate affair with Matt will be a welcome respite from all the blogs he writes fantasising about killing Chris Trotter’s family. Danyl’s immediate negative review does however highlight just how nervous the Greens will be at this appointment.

The thing Cunliffe’s Labour needs is a Chief-of-Staff not afraid to bang Caucus heads together and force some unity into the Party. In Matt McCarten the Right have a political operator unlike any they have encountered. His ability to out-mobilise, out-organise and out-argue them has been demonstrated time and time and time again in a political career that is unmatched.

He is a ruthless strategist and brilliant tactician. His ascendency should cheer every genuine left wing and progressive heart in NZ. The mainstream media may like to try and paint Cunliffe as an ideological chameleon, but let’s see the NBR, John Armstrong. Patrick Leyland or Kiwipolitico try and claim McCarten is secretly a right winger.

The only sadness about the appointment of Matt McCarten as David Cunliffe’s Chief-of-staff is that I didn’t get to see John Key’s or Cameron Slater’s or Jane Clifton’s or Trevor Mallard’s or Matthew Hooton’s or David Farrar’s faces when they heard the news.

Game on National. If you honestly thought the forces for political change in NZ would just allow you to decide the result of the election in February via flaky landline opinion polls in the mainstream media, you have another thing coming.

Matt’s appointment is a game changer.

UPDATE: The bore of Babylon – David Farrar’s blog attacking Matt’s tax issues while Matt was diagnosed with terminal cancer reminds us all what a hateful little piece of work Farrar is.