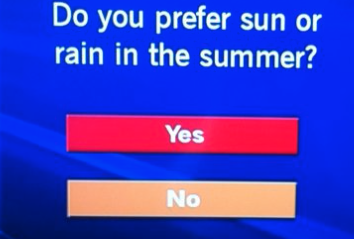 It was a shocker of a poll on Sunday evening (23 February); the TV1-Colmar Brunton poll had National soaring to stratospheric heights. At 51%, the Nats would hold around 62 seats in the House – sufficient to govern alone in a 120 seat Parliament.

There is no figure given for Undecideds/Refused to Say, which kind of makes the stats a bit dodgy.  The Colmar Brunton website, however, does have a download facility to download the full report;

That’s a sizeable chunk of voters who could yet decide the election outcome.

But how credible is a polling figure of 51% for any political party?

The answer? Not very.

The highest Party Vote for any political party since the introduction of MMP in 1996, was 47.31%, achieved by National in the 2011 election.

So is 51% a credible indicator for National’s re-election chances?

In a February 2011 TV1-Colmar Brunton poll, National stood at… 51%. In fact, the 2011 Poll is a remarkable mirror of the current Colmar results;

It’s almost as if Colmar Brunton has simply ‘dusted off’ the 2011 poll results; given Labour an extra one percentage point; and slapped a February 2014 label on it.

It is further worth noting that the actual election night result on Saturday 26 November 2011 was as follows;

No other Party breached the 5% threshold.

At 34% current polling (by Colmar Brunton), this is still 6.52 percentage points above the 2011 election night results. Not a bad starting point to go into an election.

But 51% for National? Not in the realm of possibility. That is the polling they started from in February 2011 – and still they finished at 47.31%.

TVNZ:  National’s popularity falls, but no party near it – Colmar Poll