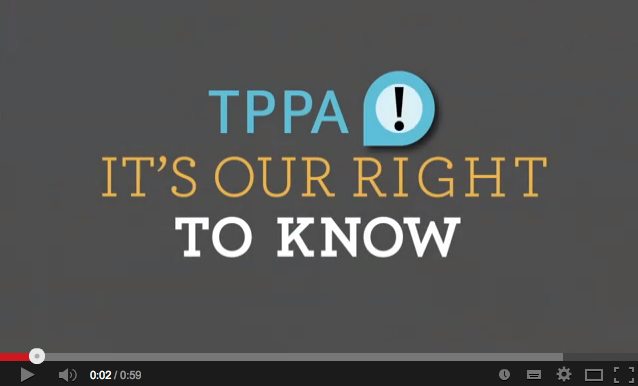 The Government claims the trade benefits from the Trans Pacific Partnership may reach $5b. But as manufacturing goes offshore, resulting in increasing joblessness and a hollowing out of the domestic economy, many of us are concerned about the costs.

Demand generation through planned and technical obsolescence encourages a jobless, debt ridden domestic economy. In a sad way that’s good for consumers, because despite the loss of local manufacturing and jobs, and less real money in circulation, even poor families, with the help of easy credit, can buy the latest plastic toys, clothes, toaster, washing machine or flat screen TV. Free trade is convenient for the consumer because things have never been relatively cheaper, but they’re wicked for the planet.

We can’t guarantee it’s all good for the areas where New Zealand has a current competitive advantage either. With the advent of the China Free Trade deal, we’ve seen insertion of Chinese interests in the complete dairy supply chain for instance. Never mind Chinese consumers buying Fonterra milk, soon they will be able to buy Chinese milk, made in New Zealand. In this case, our lax environmental and labour laws encourage investment in New Zealand farms.

But we also worry about our intellectual and cultural property rights, our Treaty rights, the national interest in Pharmac, in regulating against harmful products, and non-tariff barriers to free trade like labour and environmental protections – inadequate as they already are. Just how much is the Government prepared to trade away, in the interests of trade?

Trade is most free when partners have matching, minimal, domestic laws. So in the interests of free and easy capitalism, agreements legally empower corporations and give them the right to apply pressure to remove trade barriers across member states. Ultimately future laws in member countries face deregulation pressure, otherwise, least regulated economies have competitive advantage. Under the Investor State Disputes process, foreign investors can also sue our Governments if they think lawmakers diminish the investor’s future profits. The tobacco lobby’s legal challenges against plain packaging in Australia, and John Key’s reluctance to further legislation here in advance of the outcome of that case, show that free trade is already affecting the national interest and the exercise of sovereign powers. Given the existing corporate power in setting domestic policy agendas, worse may be yet to come. Limited sovereignty, environmental, social and economic costs – free trade is not really free.