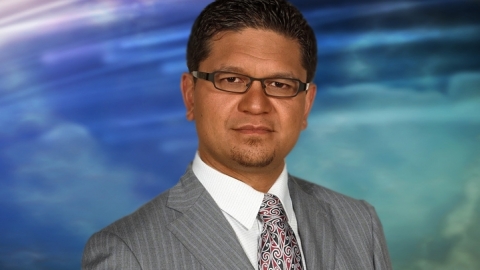 Shane slinks off into the sunset at the end of the movie (a lone kid shouts: Shane, come back!).  He’s wounded, he’s either off to die or to reappear in a sequel, but surely it is to die.  Shane Taurima ditto – but for TV.

3News reported last night that TVNZ offices were used to host a meeting of Labour’s Tamaki Makaurau branch last year.
TVNZ staff emails were also used to organise a subsequent hui in January this year which Labour leader David Cunliffe and several others MPs attended.
Mr Taurima, the head of TVNZ’s Maori and Pacific unit, had acted as a facilitator in a discussion about the Maori vote at that January hui and three other TVNZ staff were also invited.

—
Bad call with the hui.  Bad lapse with the email.  Bad look for TVNZ.  Bad start for Taurima with Labour.  The party meeting last month in which Taurima facilitated and Cunliffe attended is just plainly incompatible with his position as a journalist expected to interview people such as Cunliffe – and all of them: Taurima, Cunliffe and TVNZ executives – should have recognised this long before then.
But the way TVNZ management has gone about dealing with it make Taurima’s perfunctory, textbook 101 official response and instant contrition (without actually conceding any point of culpability) look glowing in comparison with their actions.
The three staff members in Taurima’s unit are being hung out to dry by his boss TVNZ Head of News and Current Affairs.  His comments to media are unprofessional and prejudicial to any internal investigation.  I find these comments extraordinary – he is talking it up like it was a news spin, going on like it was the end of the world.  Compare this to his reticence in the original response to Paddy Gower that has just been putonline at TV3 about a need for a meeting to discuss this last night.  That meeting must have been held by the way he’s talking, but if it has not then it is just further evidence of his incompetent handling of this.
NZ Herald:
—

TVNZ head of news John Gillespie said the events reflected badly on the whole of TVNZ.
“I have to say that we are gutted by that…we take our editorial independence incredibly seriously – it’s a cornerstone of what we do here everyday, it always will be a cornerstone of what we do here every day.
“These people have nailed their political colours to a TVNZ mast. It is untenable.”
He said an investigation would look into whether there were any other anomalies.

—
It is the staff who are being nailed here without being able to respond.  The political pressure from a National government must be palpable.
Can’t recall the Broadcasting Minister intervening with the Chairman of the TVNZ board and the CEO when it was Mike Hosking and his Sky City backhanders? Funny that. How the Nats and the conservative Pakeha consider one thing scandalous and another thing – that just involves a Pakeha show pony for example – isn’t. What was TVNZ management’s first day reaction to the Tony Veitch girlfriend-bashing revelations? They kept him on air like nothing had fucking happened! Compare this to Taurima’s treatment. Gone before lunchtime? Gone before dinner the previous day – that’s how fast when a Maori fucks up. A white guy would have to actually kill his misses rather than just put her in hospital to get fired as fast as a Maori for doing something he was led by management that he could do. The staff under him have acted inappropriately in two instances definitely, but that is a matter for an employment investigation not a witch-hunt to purge the card-carrying Lefties out of TVNZ.  The wrong decision was firstly, foremostly and primarily that of Taurima’s management – the CEO – who allowed Taurima to continue as a General Manager after his unsuccessful contest of the Ikaroa-Rawhiti Labour nomination.  Taurima publicly professed determination to seek nomination for Labour in the upcoming election. Astoundingly everyone was cool with that. This is why Gillispie is hanging these three out – as a defensive reaction to place blame away from himself and on sackable underlings. The alternative is that it is his job on the line for such poor judgement. It is ultimately his responsibility and he should be accountable for it.