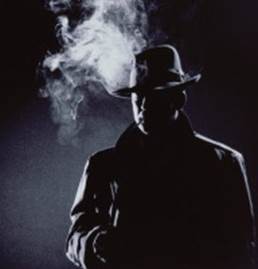 THERE ARE TIMES when the childlike credulity of the New Zealand news media beggars belief. Does any grown-up person seriously believe that Rachel Glucina, unaided, is equipped to supply accurate information about the comings and goings at Kim Dotcom’s mansion? Can she point to a record of similar red-hot political scoops? Is her portfolio bulging with remarkable political “guesses”? No? Then why in God’s name haven’t the nation’s political journalists asked the bleeding bloody obvious questions: Who tipped her off – and why?

It’s not as if New Zealand’s political history isn’t studded with instances of the news media being tipped off by the police and security services, or of sensitive files being passed to politicians directly.

The most famous example of the former is the infamous SIS leak to the Truth newspaper in July 1975 of information about a purportedly secret think tank established by the late Labour Prime Minister, Norman Kirk.

In a November 2010 commentary on Redmer Yska’s book, NZ Truth: The Rise and Fall of the People’s Paper, former Listener journalist, Joanne Black (now working in the Office of the Minister of Finance, Bill English) wrote:

“[T]he origins of the story, as with so many others, lay with Truth’s lawyer, later to be its board chairman, James Dunn. For nearly 40 years Dunn, as Truth’s in-house censor, read almost every word of every edition before it was printed. But his influence was not only on what not to publish for fear of defamation suits. He also played a backroom editor-in-chief role and was himself the source of many stories, including those that satisfied his virulent anti-Communist beliefs, which were shared by editor Russell Gault.”

Truth’s 29 July 1975 banner headline, “THE PLOT: How New Zealand was to be taken over.”, said it all. The impact of this and subsequent stories in which “Bill Sutch, Jack Lewin, Gerald O’Brien and Norm Kirk, ‘two former top public servants, an MP and the prime minister’”, were together charged with hatching “‘a sinister scheme to socialise New Zealand’”, inflicted enormous damage on the government of Kirk’s successor, Bill Rowling, and materially assisted the electoral victory of Rob Muldoon – precisely as intended.

Muldoon was also the beneficiary of what is still the best (known) example of sensitive material being passed directly to a politician. Dubbed “The Moyle Affair” it involved a Labour Cabinet Minister, Colin Moyle, being lured into what bore all the hallmarks of a homosexual “sting” operation.

The incident, in which Moyle was accosted by police officers at 11:00pm outside a notorious gay pick-up spot in central Wellington, took place in July 1975 – significantly, the same month in which Truth was putting together the pieces of “The Plot” story.

Somehow, the details of Moyle’s late-night encounter with an undercover policeman found their way into the hands of Muldoon (at that time Leader of the National Party Opposition) who let it be known that if the 1975 election campaign started to go awry, he “had something” to get it back on track. That “something” wasn’t needed.

Seventeen months later, however, on the night of 4 November 1976, Prime Minister Muldoon found himself under fierce attack in the House of Representatives. “Dishonest dealings” were being alleged in the Prime Minister’s old accountancy firm. Ever the counter-puncher, Muldoon rounded on the Labour Opposition and accused Moyle of “being picked up by the police for homosexual activities”. Though the entire Labour Opposition got up and walked out of Parliament in disgust, the damage had been done.

Muldoon set up a special inquiry under Sir Alfred North to investigate the matter which eventually revealed that, in attempting to explain his actions, Moyle had misled Parliament. Labour cut him loose and Moyle was forced to resign his Mangere seat. (It would be filled, in the resulting by-election, by a young Auckland lawyer named David Lange.)

Who was responsible for the leak? No one knows. It could have come from a lowly police filing clerk, or from the Police Commissioner, himself. Or, maybe, it came from the then Assistant Commissioner of Police, Gideon Tait. A fierce opponent of the Fourth Labour Government (not least on account of Kirk’s cancellation of the 1973 Springbok Tour) Tait was memorably described as “the personification of evil” by Sister Josephine (Constance) Oates, a Josephite nun with a deep knowledge of “the Catholic Church and its corrupt dealings with the party political elite and Police hierarchy in New Zealand at the time [the 1970s]”.

It is worth recalling that in his evidence to the North Inquiry, Moyle stated that the real reason he had been waiting outside the Wellington Public Library at 11:00pm was to meet with an man (identity unknown) who claimed he had information concerning “security leaks”.

Okay, these dark and dirty events happened forty years ago, back in the days of the Cold War, but, in the light of Edward Snowdon’s revelations, the Parliamentary Press gallery is surely not asking us to believe that nothing akin to “The Plot” or “The Moyle Affair” could possibly happen today?

With all they have invested in their case against Kim Dotcom, is it not reasonable to suppose that the FBI – either directly or indirectly – is keeping the accused’s Coatesville mansion under constant surveillance? If hidden CCTV cameras were positioned along the route to his home, are the NSA’s databases not equal to the task of identifying every last one of Dotcom’s visitors? Alternatively, if the SIS and the GCSB have been authorised to keep Russel Norman and Winston Peters under constant surveillance (to protect New Zealand’s “economic well-being” you understand) then the politicians’ cell-phone numbers are all the spooks require to track their every movement.

If the likes of James Dunn and (quite possibly) Gideon Tait could plot to bring down a democratically elected government, what’s to stop their twenty-first century counterparts from keeping watch on a politically disruptive German immigrant and the leaders of two minor (but potentially crucial) political parties?

If Rob Muldoon had “something” in his top drawer (just in case the 1975 election campaign went awry) is it really that fanciful to suppose that in 2014 John Key has something similar in his?