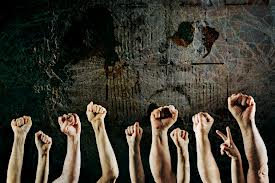 JUST HOW OUT OF TOUCH the corporate sector is with the lives of the rest of us is in the claim that New Zealand will have a rockstar economy in 2014.

The original claim was made last month by the international bank HSBC’s chief economist for Australia and New Zealand Paul Bloxham but has since been taken up by the corporate sector across the board.

The Christchurch rebuild, which despite the hype never quite seems to be getting underway, and high prices for our dairy exports are the main drivers for this corporate optimism which predicts New Zealand’s economic growth will outpace most of our “developed market peers”.

We are all supposed to be happy about this – yes a rockstar economy – aren’t we lucky?

Fairfax Media introduced a bit of reality today with a story suggesting most of us are underpaid roadies rather than rockstars. We are slogging it out backstage while the corporate greedies swagger and ponce in the spotlight.

The simple reality is that the benefits of the global economic recovery are going to the very wealthy. In the US for example 95% of income gains from 2009 to 2012 went to the wealthiest 1%.

We can be certain the same applies here in New Zealand.
It will take a lot more than pious comments from Finance Minister Bill English that workers can ask for pay rises to make any difference.

The corporate greedies respond only to pressure – there is no goodness in their hearts towards workers – and unless workers can organise and campaign more effectively they will just get a few more crumbs from the top table.

As Mike Treen pointed out real wages have declined by 25% since the mid1980s with that money transferred directly to corporate profits.

To get real change workers and struggling families will probably have to hold their own rock concert outside parliament – and bring their own rocks.