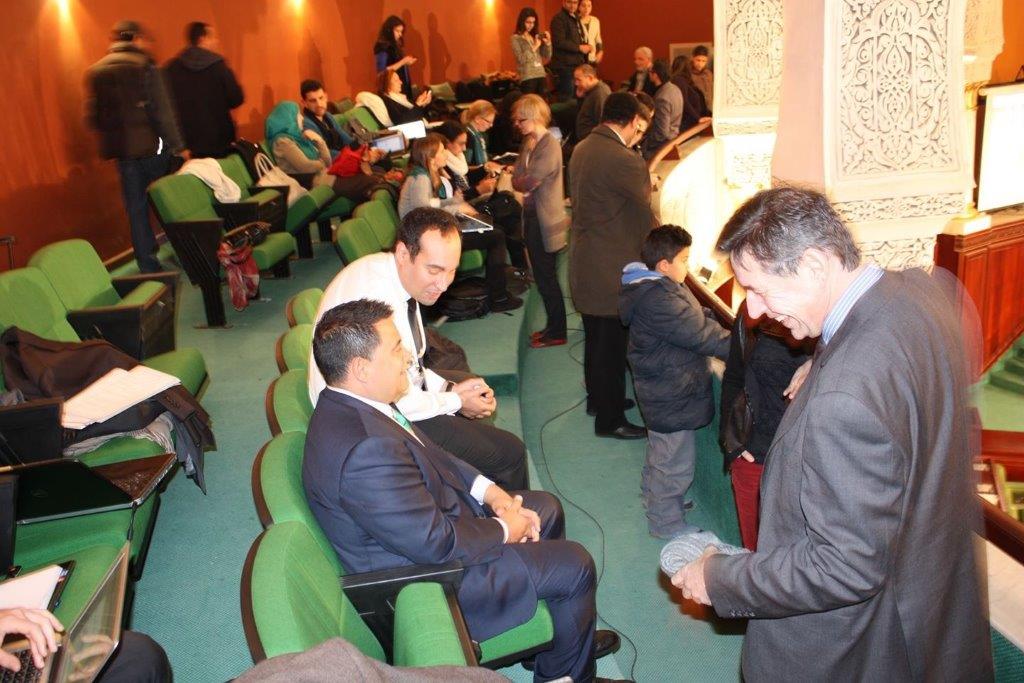 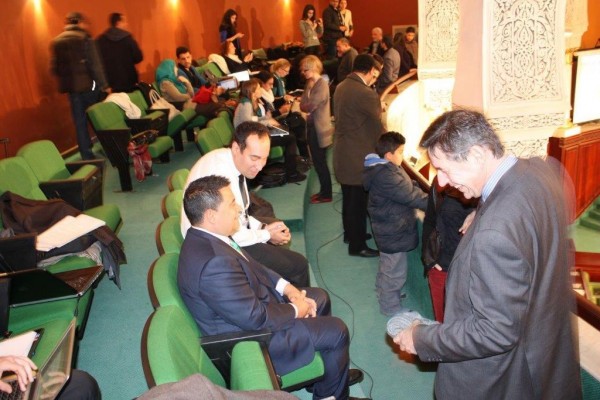 Late last month, I was in Tunisia to observe the clause-by-clause vote on the new constitution of Tunisia by the country’s National Constituent Assembly (NCA).   The new constitution has been hailed as a landmark document in the region, not only for its progressive approach to the roles of religion and the state, but also for its strong commitment to human rights and environmental integrity,  and for the promotion of gender equality.

Despite a complex and sometimes volatile political landscape, the constitutional process has also been hailed for having produced a document with genuine buy-in from across the country and its various political and ideological groups, through a peaceful and inclusive process.

Following the revolution beginning in December 2010 that marked the commencement of the “Arab Spring”, Tunisia embarked on its journey towards constitutional democracy.  In March 2011, the interim Government announced elections for an NCA to be responsible for drafting a new Constitution.  Those elections, widely considered to be free and independent, were held on 23 October 2011, and resulted in the election of a 217-member assembly.

On 10 December 2011, the NCA began the process of drafting the new constitution.  The process was initially envisaged to last one year, but was disrupted by two political assassinations, rising insecurity, and economic recession, as well as political divisions that at times threatened to derail the process.

Throughout, UNDP has been Tunisia’s main international partner in providing support to the constitutional process and capacity development to the new assembly.  Our work began in 2012, and runs till 2015.  It is supported with funding of $18 million, provided by Japan, Belgium, the European Union, Sweden, Denmark, Norway, and Switzerland, as well as from UNDP’s core resources.

On component one, UNDP sought to provide high-level international constitutional expertise, including from our partner agencies in the UN system, whenever the NCA needed it.  At the request of NCA Speaker Mustafa Ben Jaafar, we provided in-depth technical expertise on constitutional and legal provisions that were subject to intense negotiations during the “National Dialogue”, which aimed to resolve the political deadlock that lasted from July to December 2103.

With other UN agencies, we developed recommendations on how to ensure the constitution would conform with Tunisia’s international human rights commitments.  Successive constitutional drafts progressively strengthened human rights protections.  We also worked to promote women’s equality during the constitutional process.  We helped communicate international good practice on gender legislation, including on quotas and on the entrenchment of equality provisions.  One of our most effective interventions was our sponsoring in 2012 of a South-South exchange that brought South African women MPs to Tunis to share their experience of the transition to democracy in South Africa.

Tunisia was a part of the Ottoman Empire, then a colony of France, then a dictatorship.  There was no democratic tradition of outreach by the authorities to citizens or to civil society organisations (CSOs), or of having regard to their views.  So for component two, we supported a nationwide dialogue between NCA members and citizens and CSOs in all 24 of Tunisia’s governorates.  Over one-third of NCA members participated in these discussions, and more than 6000 citizens, 300 CSOs, and 320 university representatives provided input during the dialogue.   A further 300 participants, including 40 Assembly members, took part in a discussion on the promotion of gender equality and the political participation of women.

We also worked to build the capacity of Tunisia’s fledgling civil society sector to participate in the political process.  We have supported 140 civil society development projects, focused on the poorest regions of the country.  Special emphasis has been given to developing consensus building skills and strategies for preventing violence.  In total, 30,651 citizens were consulted on the draft constitution through civil society initiatives that we supported.  Of particular significance was a representative national survey of 1100 youth, which provided detailed information on the desires and expectations of young people in Tunisia – the segment of the population whose exclusion sparked the 2011 revolution.

The new constitution grants considerable powers to Parliament in a country where the democratic tradition has been absent, and it seems likely that many members of the NCA will stand for and gain election to the new Assembly towards the end of the year.  With all this in mind, while supporting the constitutional reform process in the short-term, we designed component three to build an effective and efficient legislative body.

We’ve helped the administration service of the NCA to build partnerships with sister parliaments in established democracies to develop understanding of parliamentary and democratic good practice.  So far, we’ve supported collaborations with legislatures in Belgium, Lebanon, Switzerland, Denmark, Portugal, South Africa, Canada, France and the European Union.  We’ve also been training NCA staff members on financial management, protocol, parliamentary security and information management.  And we’ve been running training sessions for elected NCA members as well, including one on the role of a parliamentary opposition which I led in June 2013.

In an effort to promote public transparency during the tumultuous period from autocracy to open democracy, significant investments were also made in information infrastructure.  This work aimed to enable the Assembly’s activities to be carried out transparently and to promote interaction with the population through real-time web broadcasting, a modern media centre, and tools such as electronic voting.

Their adoption of a new, inclusive, plural, democratic constitution is a major achievement for the Tunisian people.  We wish them well and we stand ready to continue to support them as they continue to make the first progressive political transition in the region.